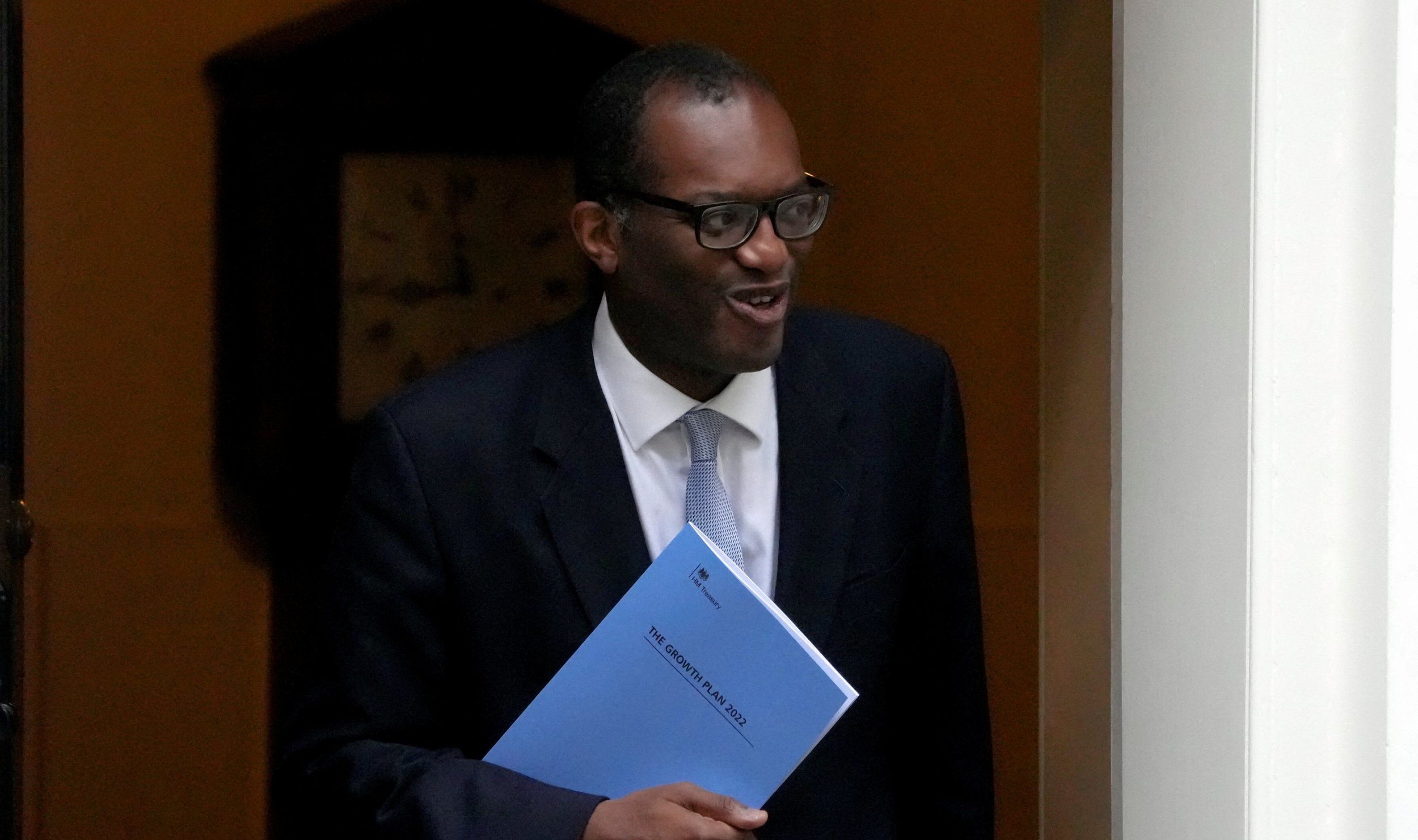 A cap on bonuses in the finance industry will be scrapped to make London more attractive to global banks, Chancellor Kwasi Kwarteng has announced.

The cap, introduced by the European Union in the wake of the 2008 financial crash, curbs bankers’ annual payouts to twice their salary.

The end of the measure was confirmed as part of Mr Kwarteng’s so-called mini-budget aimed at bouncing back from the cost of living crisis through ‘growth-focused’ policies.

A massive government support package to keep households’ energy bills frozen at £2,500 on average was confirmed along with tax cuts and other policies.

He pledged the strategy would turn the UK’s ‘vicious cycle of stagnation into a virtuous cycle of growth’.

‘Supply-side’ reforms such as a major boost ‘get Britain building’ with new housing and infrastructure projects.

The government has provoked criticism for allowing City bonuses to swell at a time when many families face the biggest cost-of-living squeeze in a generation this winter.

Before the announcement, former Bank of England monetary policy committee member Andrew Sentance said it might benefit the economy in a few years but was ‘poorly timed’.

He told BBC Radio 4: ‘It sends a rather confused signal when people are being squeezed in terms of the cost of living and the Government is trying to encourage pay restraint in the public sector’.

‘So to appear to allow bankers to have bigger bonuses at the same time doesn’t look very well timed.

‘There may be some longer-term arguments for pursuing this policy, but I think the timing would be very bad if they did it now.’

Some experts say firms have got around the cap by paying higher base salaries, pushing up banks’ fixed costs and making the UK less attractive for investment than the US or Asia.