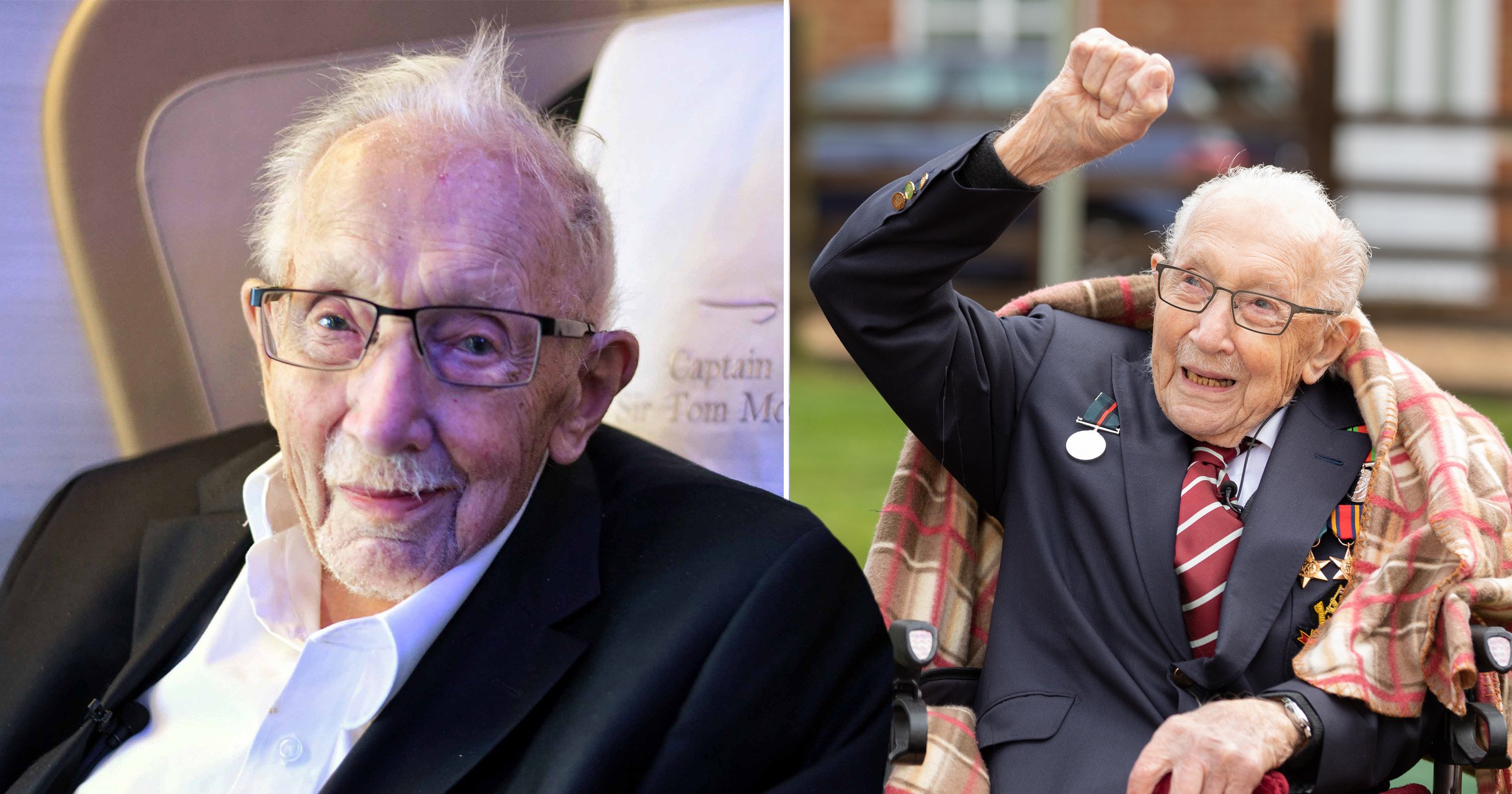 Captain Sir Tom Moore has been joined by his family in hospital as he continues to receive treatment for Covid-19 and pneumonia.

The Second World War veteran, who raised almost £33 million for the NHS during the nation’s first lockdown, was taken into Bedford Hospital yesterday after struggling with his breathing.

The 100-year-old has been suffering with pneumonia for some weeks and last week tested positive for coronavirus.

In a statement, released with the agreement of his daughters Hannah Ingram-Moore and Lucy Teixeira, Bedford Hospital said Captain Tom was joined by relatives on Monday.

‘At this time members of Captain Tom’s family are with him.

‘We respectfully request that media give the family space and privacy and do not contact them directly so they can focus on their father, grandfather and father-in-law.’

In a Twitter statement on Sunday, the centenarian’s family announced he had been taken to hospital – but he was not admitted to intensive care.

‘The medical care he has received in the last few weeks has been remarkable and we know that the wonderful staff at Bedford Hospital will do all they can to make him comfortable and hopefully return home as soon as possible,’ the statement continued.

‘We understand that everyone will be wishing him well. We are of course focussing on my father and will update you when we are able to.’

In early December, Captain Tom jetted off to Barbados to tick off a destination on his bucket list.

At the age of 100, the veteran would have been in the first cohort of people to receive the Covid-19 vaccine – but he has not yet received his first dose because of the medication he has been taking for pneumonia, said his family.

Following the news, the prime minister, politicians, celebrities and hundreds of social media users sent well wishes to Captain Tom and his family.

Boris Johnson said his ‘heroic efforts have lifted the spirits of the entire nation’, while Labour leader Sir Keir Starmer said he had been an ‘inspiration to us all’.

Michael Ball, who released a charity single with Captain Tom that reached number one, sent ‘love and prayers’ as he called Covid-19 a ‘b*****d of a virus’.

Captain Tom won the hearts of the nation after vowing to walk 100 laps around his Bedfordshire garden before his 100th birthday in honour of the NHS during Britain’s first lockdown last year.

Setting out to raise just £1,000 for NHS charities, the grandfather soon smashed the record after millions of donations flooded in from around the world.