Captain Sir Tom Moore’s family kept online abuse a secret from him as it would have ‘broken his heart’ if he’d know, his daughter said.

Hannah Ingram-Moore said there had been a ‘vile minority’ who made hurtful comments about her father after he shot to world-wide fame through his NHS fundraising efforts.

Speaking on BBC breakfast, she revealed that she hid the trolling from the war hero, who passed away earlier this month.

‘I think it would have broken his heart honestly if we’d said to him people are hating us. I couldn’t tell him,’ she said.

‘We’re not because we are talking to the massive majority of people who we connect with.’ 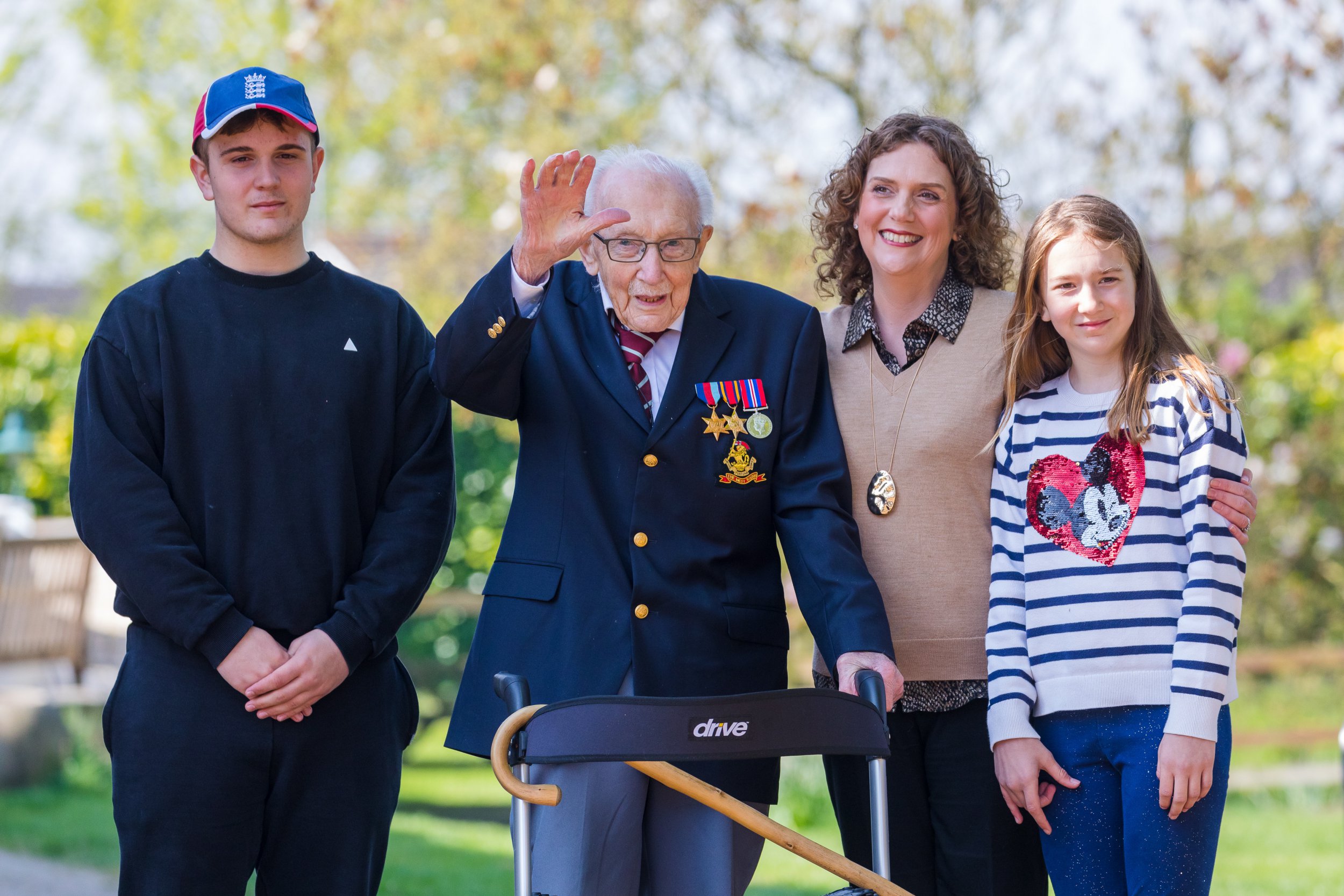 Sir Tom captured the hearts of the nation during the first lockdown when he walked 100 laps of his Bedfordshire garden before his 100th birthday, raising more than £32 million for the NHS.

He died aged 100 at Bedford Hospital on February 2 after testing positive for Covid-19.

Ms Ingram-Moore said that when the centenarian went into hospital the family ‘really all believed he’d come back out’.

‘We thought the oxygen would help, that he would be robust enough, (but) the truth is he just wasn’t. He was old and he just couldn’t fight it,’ she said.

She added that her father also remained confident he’d pull through and was excited to come home for steak and chips.

‘I said to him in the last few days, “so, what do you want to eat when you come home?”, and we decided it was steak and chips,’ she said.

‘He was really excited about coming out for steak and chips and getting his frame back outside and his walker.

‘The last real conversation was positive and about carrying on, and that’s a lovely place to be.’

Before he died Sir Captain Tom got to tick a holiday in the Caribbean off his bucket list when the family travelled to Barbados just before Christmas.

Ms Ingram-Moore said her father had an ‘amazing’ time soaking up the sun, reading and relaxing.

‘He sat in 29 degrees outside, he read two novels, he read the newspapers every day, and we sat and we talked as a family, we went to restaurants (because we could there) and he ate fish on the beach and what a wonderful thing to do,’ she said.

‘I think we were all so pleased we managed to give him that.’

Sir Tom’s daughter also spoke about the incredible legacy of hope her father left behind and her grief after losing him.

On missing her father she said: ‘We’ve lost a huge part of our life. Every time I go through a door I expect to hear him or see him.

‘But the legacy is hope and joy, let’s not lose sight of the fact that for him this was all about tomorrow will be a good day and being hopeful and no reason to sit and mourn for too long. Get on with it. And make a good job of it.’

The full interview airs on BBC Breakfast on Wednesday.