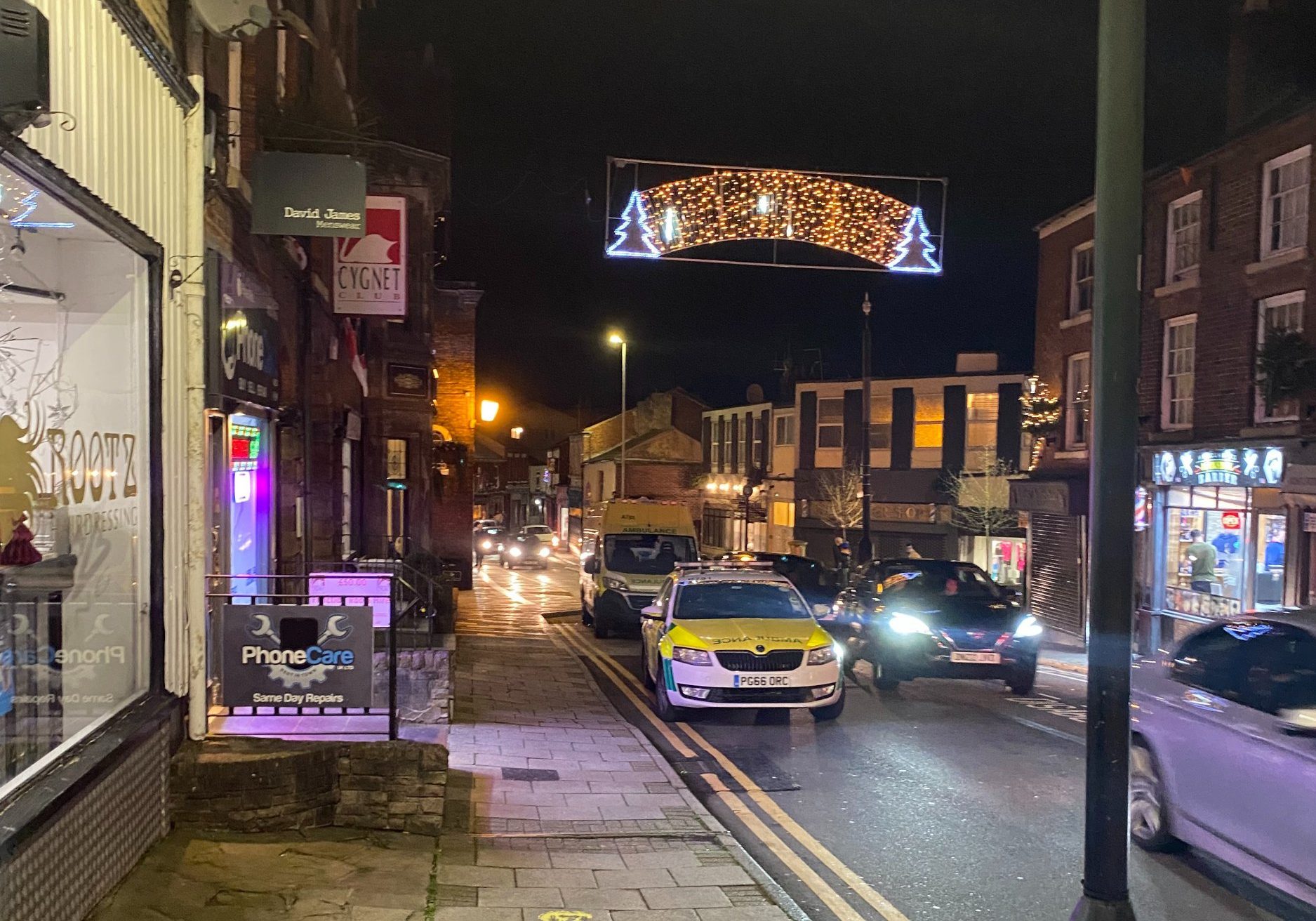 Three men have been arrested a car was driven into a crowd of 800 people at a Christmas Market.

Families with young children had gathered in Congleton, Cheshire, for the annual festivities when a silver Volkswagen Golf ‘doing at least 50mph ploughed into the crowd’.

The car ‘turned down the pedestrianised area of Bridge Street where the market was taking place, causing alarm to shoppers and residents.’

Eyewitnesses recall hearing the sound of tyres screeching and people screaming as the horror unfolded on Saturday afternoon.

Steve Brown, owner of Steve Brown Antiques in the High Street, was just closing his shop when the incident happened.

‘It was absolutely horrendous. A car has come screeching down the High Street – which is full of stalls and people,’ the 58-year-old said.

‘There are hundreds of people here, people with kids and dogs and lots of traders.

‘He must of been doing at least 50mph. People were jumping out of the way.

‘I saw one elderly lady who had to jump out of the way – she’s very shook up. We all are.’

Mr Brown said people ran after the Volkswagen but he said the driver did not stop.

He said: ‘We don’t really know what’s happening yet, but the police are here now.’

Another witness, Mandy Neville, said the vehicle came ‘flying past’ the window of the Greggs shop she works in.

The 53-year-old said: ‘The car broke the sign that we have outside. That’s the only damage that we got.

‘There was a woman and a kid, they were a bit shaken up. The woman said that she had hurt her leg.

‘She didn’t know if something had hit her on the leg as the car came crashing through, but no one was actually injured properly.

‘We brought the lad in here and gave him a drink. He was quite shook-up. He was only a young lad, I think he was about ten.

‘The ambulance people came and were checking him over.’

Cheshire Police confirmed no one was injured during the incident, and that three men have since been arrested.

A spokesperson for the force said: ‘Officers remain at the scene, providing a highly visible presence to reassure people.’