A father was left with a fractured spine after his vehicle slammed into a group of cars when a stunt went wrong.

Callum Mchale, 24, was left in ‘excruciating pain’ following the accident at Buxton Raceway last week where he attempted to impress his son by jumping 80 ft (24 metres).

Footage showed Callum circling the oval racetrack in his Ford Focus before launching off a ramp and ploughing into the stationary cars below.

Callum, from Mossly, Greater Manchester, admitted he was ‘terrified’ before the jump but wanted to show his two-year-old boy ‘what Daddy can do on track’ and raise money for charity.

After landing 15ft (4.5m) short, he spent ten days in hospital where he said he felt as though he’d ‘failed his family’ and now plans to quit racing for good.

He said: ‘I was terrified because it’s the first time my partner and my son had seen me behind the wheel on a racetrack, and I just wanted everything to go right.

‘My two-year-old son is obsessed with racing, and I just thought I’d show them what Daddy can do on track, basically, as well as raise more money for charity.

‘Just before the car landed, I knew there was something wrong. I hit the ramp and I just literally had the worst pain I’ve ever felt in my life.

‘I have decided to not go out on a racetrack again because if anything was to happen again in the future, I’d feel really selfish.’ 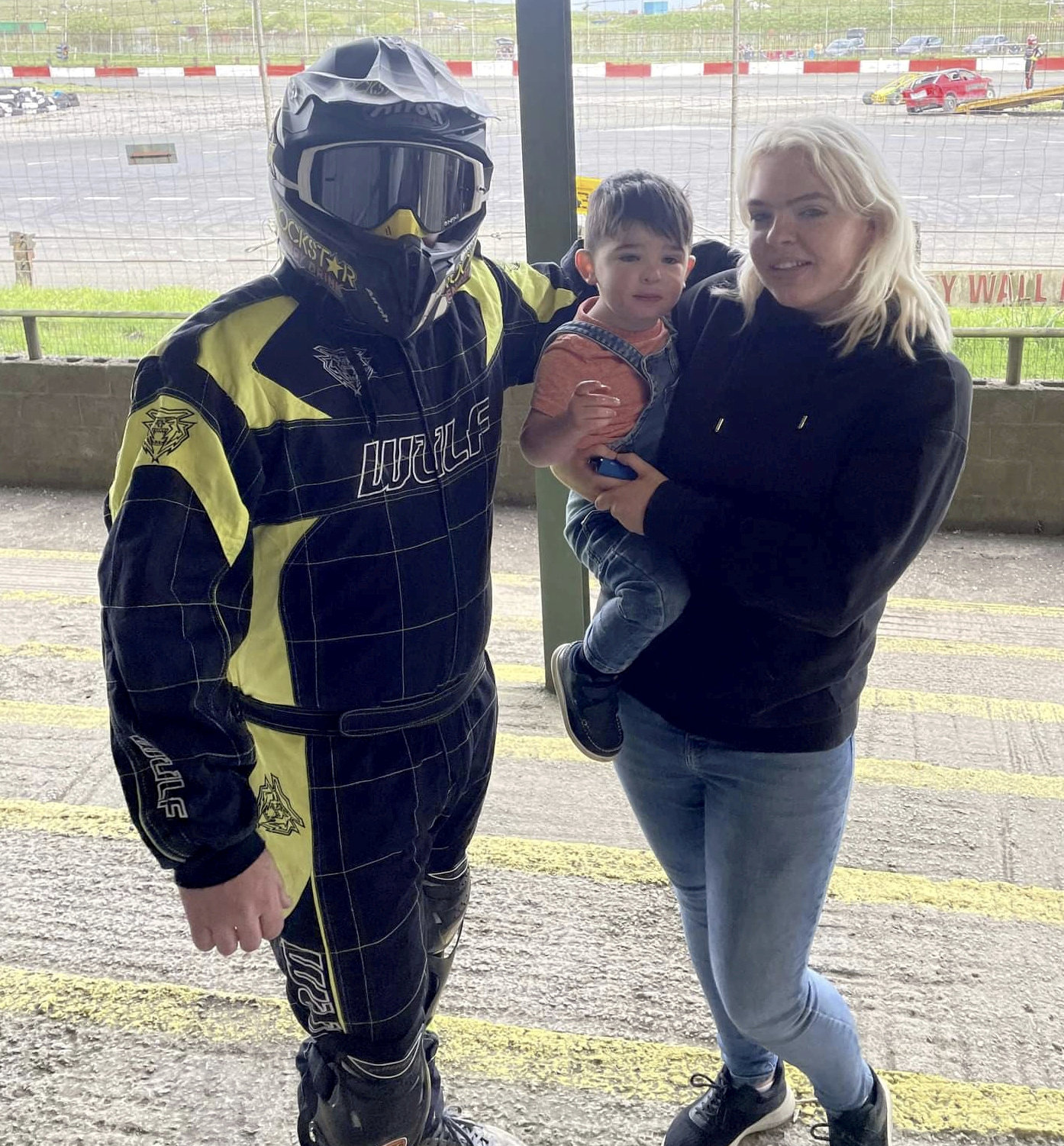 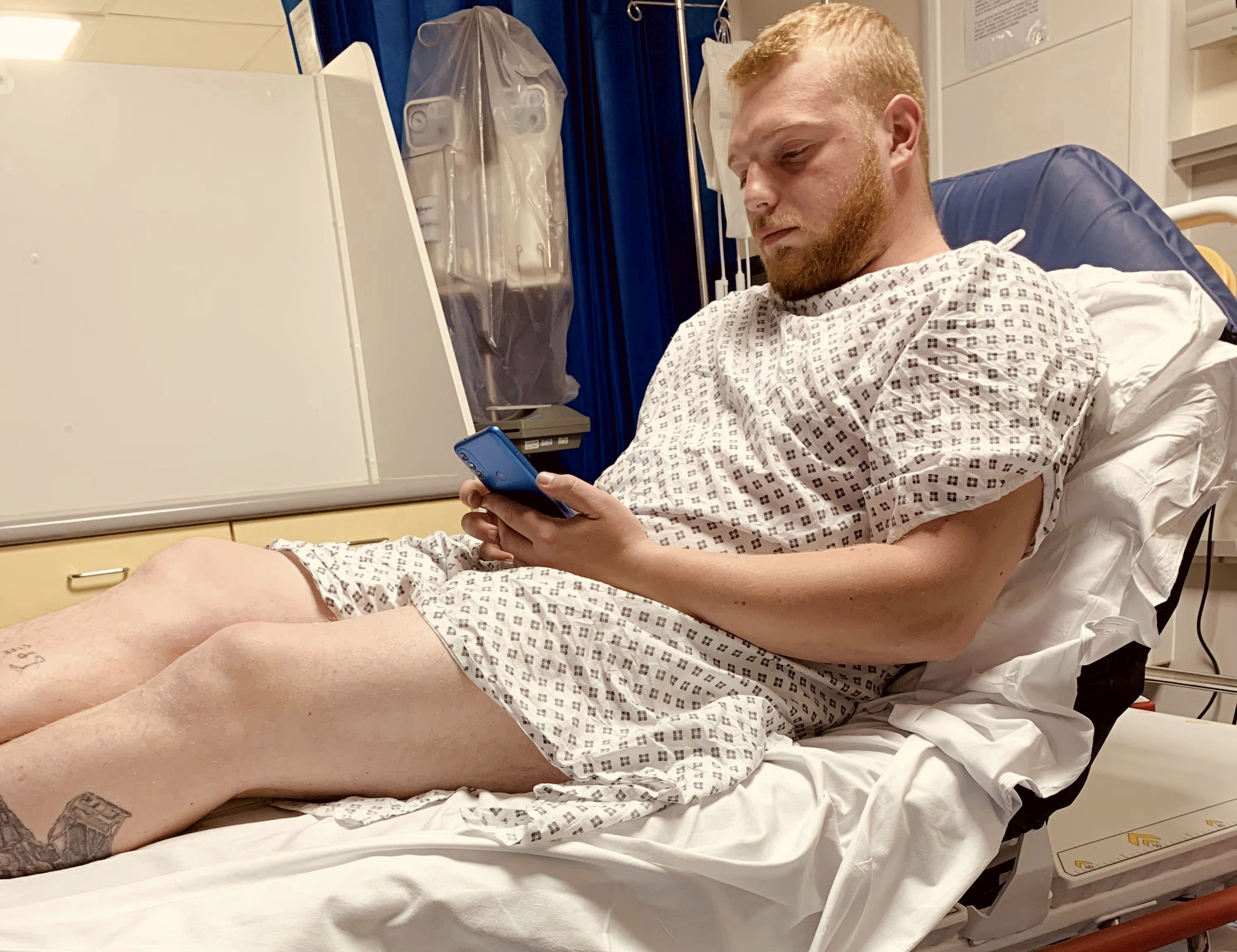 Callum agreed to do the stunt on June 2 – four years after his first jump – to raise money for his grandparent’s foodbank charity EndResult Community Group.

Before the stunt, as he got into his race overalls, Callum admitted that he had felt scared because he wanted everything to right on front of his family.

Callum said he couldn’t remember what speed he was going when he rounded the final bend of the track and headed for the ramp.

He added: ‘I just remember coming round the bend to get the car lined up and putting my foot down and seeing what the outcome would be.’

Callum realised there was something badly wrong as the car became airborne, and later felt pain throughout his stomach and lower body as it crashed to the floor.

He said: ‘My girlfriend (Hollie Hulmes) came down to the fence at the side of the track, and I just looked at her and shook my head, and she told everybody that I wasn’t alright.’

Callum couldn’t walk unassisted when he got out of his vehicle and later spent six days in hospital where doctors confirmed he had a fractured spine.

Since the crash, Callum has agreed to never race again but said he was happy the stunt still provided £350 in charity donations for the foodbank charity.