Blick Mead is about a mile from the famous tourist attraction and is the earliest known site inhabited after the last ice age, experts say.

Part of the site is a platform which was built thousands of years ago by residents to preserve a hoof print of prehistoric cattle known as aurochs.

But Highways England engineers are accused of damaging it by drilling a hole 3.5m (11.5ft) deep through the platform to monitor water levels ahead of the construction of a 1.8-mile tunnel past Stonehenge.

The water levels are being monitored due to fears that remains preserved in the waterlogged ground could be damaged if the tunnel goes ahead.

Archaeology professor David Jacques, from the University of Buckingham, discovered the site and described the agency’s actions as a “travesty”.

He was among those who met with them on Thursday and said later that the agency confirmed their equipment had damaged the platform.

He told Sky News: “I am absolutely devastated.

“Thousands of years ago these people went to enormous lengths to preserve this area and, with one careless move, the Highways Agency has undone all their hard work.

“This is a disgrace.” 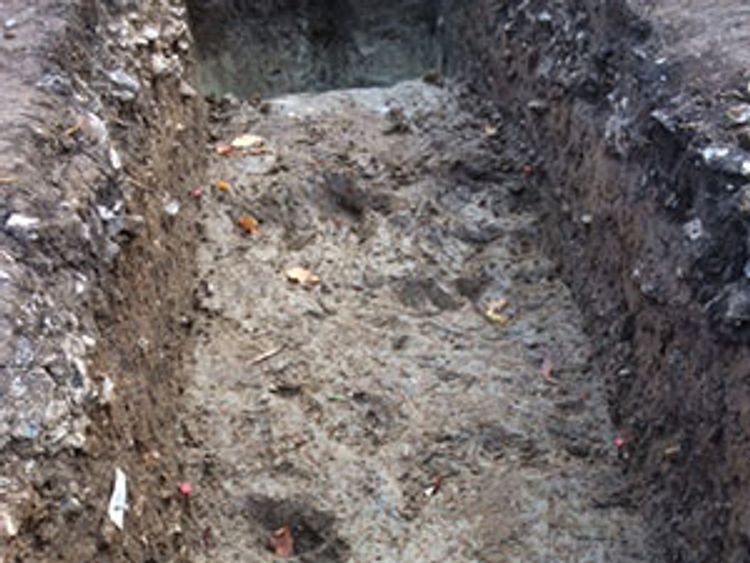 Earlier on Thursday. he had said that there could also be footprints preserved at the site which would be “the earliest tangible signs of life at Stonehenge”.

He added: “If the remains aren’t preserved we may never be able to understand why Stonehenge was built.”

But Highways England told Sky News it had no evidence of damage being caused by the drilling of the hole.

A spokesman told Sky News: “We do not have any evidence that our monitoring, the location of which we shared with Professor David Jacques, has caused any damage to the site and we have asked for further clarification of this.

“At Prof Jacques’ request, we have been monitoring water conditions at Blick Mead to demonstrate that the scheme will have no impact on the site.

“We asked for input on the locations of water monitoring stations in early November.

“We have adhered to guidelines in carrying out the work, with an archaeologist on site, and with due care being exercised at all times.”

The proposed tunnel is part of a £1.6bn upgrade of the A303, which connects the M3 from London with the south west of England.

The plans have been accepted by the Planning Inspectorate for examination and work is due to start in 2021.