She was in the company of her husband Michael Middleton.

The family did not sit near the Princess of Wales, as the seating arrangement was created in accordance with the royal and officials’ pecking order, positioning senior members of the Firm, foreign royals and world leaders at the front of the London abbey.

A message shared by the account the day after the death of the Queen read: “RIP Her Majesty Queen Elizabeth II. 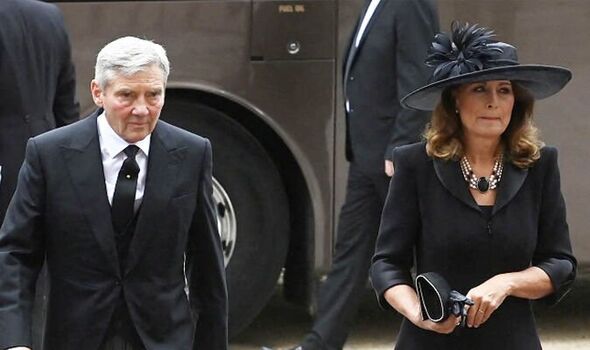 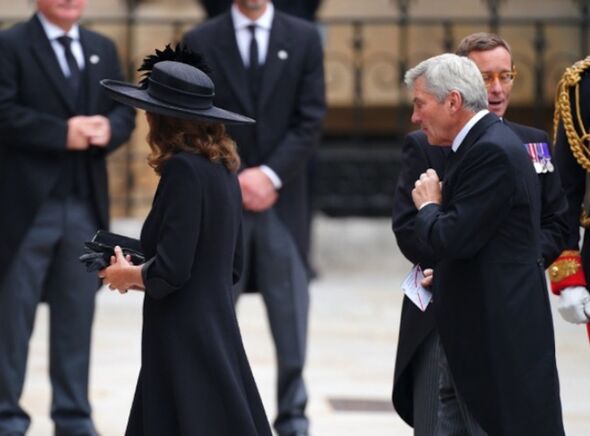 “We are deeply saddened by the death of Her Majesty The Queen.

“For over 70 years she dedicated her life to service for the people of the United Kingdom and the Commonwealth.”

In a message to Her Majesty’s loved ones, the tribute added: “We offer our heartfelt sympathy to the royal family at this time of great sadness.”

Carole and Michael are believed to have had a good relationship with Her Majesty.

They first held a private meeting with the monarch in the run-up to Kate and Prince William’s wedding in April 2011.

A source said at the time: “Catherine’s parents, Carole and Michael, had a private lunch with Her Majesty the Queen and Prince Philip at Windsor Castle today.

“Neither Kate nor William were present, however, certain members of the royal household were present.”

The meal lasted for a little more than one hour and a half and was described by a senior palace insider as “lovely”.