The move to allow larger gatherings outdoors and reopen some sports centers came as many countries in Europe are tightening restrictions as their coronavirus cases shoot up. 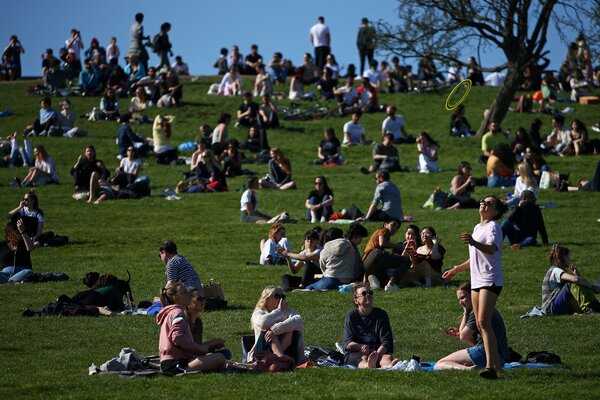 LONDON — Across Germany and France, shops are closing, travel is being restricted, and the authorities are ordering people back into their homes. But in Britain, the government moved on Monday to relax its strict national lockdown, allowing people to gather outdoors in groups of up to six people.

The latest cautious steps, announced by Prime Minister Boris Johnson, widened the gulf between how Britain and much of Europe have handled the latest phase of the pandemic. From the rate of vaccinations to new cases of the virus and hospital admissions, the two seem to be moving in opposite directions.

Yet the good news in Britain came with a caveat: Europe’s “third wave” of infections could yet sweep across the English Channel and wash away its hard-won gains. For all of Britain’s success with vaccines, experts warn that without a total ban on travel, no country can be truly immune from another outbreak.

“What we don’t know is exactly how strong our fortifications are,” Mr. Johnson said at a news conference, acknowledging the threat from Europe. “Historically, there’s been a time lag, and then we’ve had a wave ourselves.”

The prime minister spoke from a flag-draped stage in a new briefing room at Downing Street, from which the government plans to conduct regular White House-style press briefings, starting in May. The wood-paneled room was outfitted at a reported cost of 2.6 million pounds, or about $3.5 million.

The setting was apt for what was a delicate exercise in messaging: Mr. Johnson encouraged Britons to take to the outdoors — describing his own excitement at being able to play tennis — while warning them not to assume that the infections, hospitalizations and even deaths from the pandemic are over. 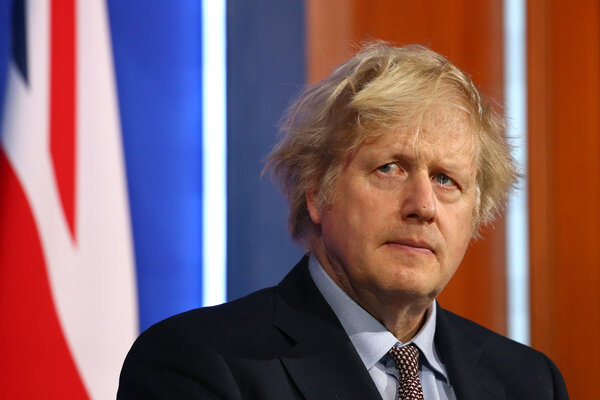 His cautious approach reflects a desire to avoid the mistakes he made last year when he lifted many first lockdown restrictions around the same time. In the government’s eagerness to ignite an economic recovery, it encouraged Britons to return to restaurants by subsidizing millions of meals last summer.

By fall, Britain was suffering a resurgence in cases exacerbated by the emergence of a highly transmissible variant that originated in Kent, in the southeast, and has now circulated widely in Europe and the United States.

This time, Britain’s latest reopening is unfolding in steps — the first of which was a return to schools — followed by several weeks to measure the impact of each relaxation on the spread of the virus. In early April, Mr. Johnson plans to outline his latest thinking on travel and “Covid passports,” a form of certification for those who are inoculated or have recently tested negative.