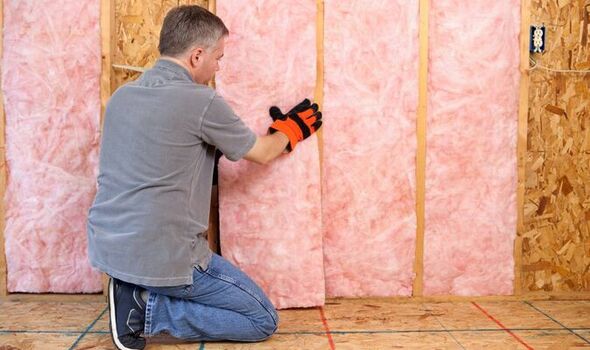 Confederation of British Industry boss Tony Danker believes £5.2billion should be spent each year until 2035 to insulate houses, which in eco terms are said to be the worst in Europe.

Mr Danker told a CBI conference at the Science Museum in London yesterday that people must not be left “at the mercy of global oil and gas prices”. He urged the annual insulation investment to begin immediately.

He said: “That sounds expensive, but higher energy bills and resulting inflation just cost the Chancellor £22billion worth of support in the spring, £15billion in May and we haven’t reached October yet.

Experts say households are paying around £40 extra a year – or £2.5billion in total – because of Government cuts to energy-efficiency schemes over the past decade.

Yet insulating homes better would not only reduce bills but deliver a dramatic boost towards meeting climate change targets.

Mr Danker said: “The UK has some of Europe’s oldest, leakiest buildings.

“UK homes lose heat up to threetimes faster than energy-efficient homes in countries like Germany.”

He called on the Government to extend the Energy Company Obligation scheme, which helps households with energy-efficiency improvements, before Parliament breaks for the summer.

The CBI also said £1billion should be committed every year for “retrofitting” older buildings with better insulation and windows.

The business chief spoke out as the Government defended a “necessary” higher energy price cap due to collapsed energy companies. Shadow business minister Alan Whitehead said the new cap would have a “devastating impact”.

He said the Government was “directly contributing” to the costof-living crisis by including the new levy to pay for “failed energy firms”.

But Business Secretary Kwasi Kwarteng defended the levy. He said: “It was a necessary device to make sure that customers could ease on to other providers without interruption.”