CCTV footage showed an ex-soldier scaling his garden fence to enter his neighbours’ property – where he stabbed them to death using his ceremonial military dagger.

Ex-commando Collin Reeves is on trial at Bristol Crown Court where he denies the murder of Jennifer Chapple, 33, and her 36-year-old teacher husband Stephen on November 21 last year.

Reeves claims he was suffering an abnormality of mental functioning at the time of the killings in Norton Fitzwarren, near Taunton in Somerset, and has admitted manslaughter on the grounds of diminished responsibility.

Reeves is seen in footage calmly climbing over and entering the home next door in Dragon Rise to kill the couple.

He is then seen shutting the door behind him and climbing back over the fence to return home.

The video was shown to the jury and has now been released by Avon and Somerset Police,

Extra footage, which involved loud screams from the victims with Reeves shouting ‘die you f*****s, die”, was shown to the jury but not released publicly. 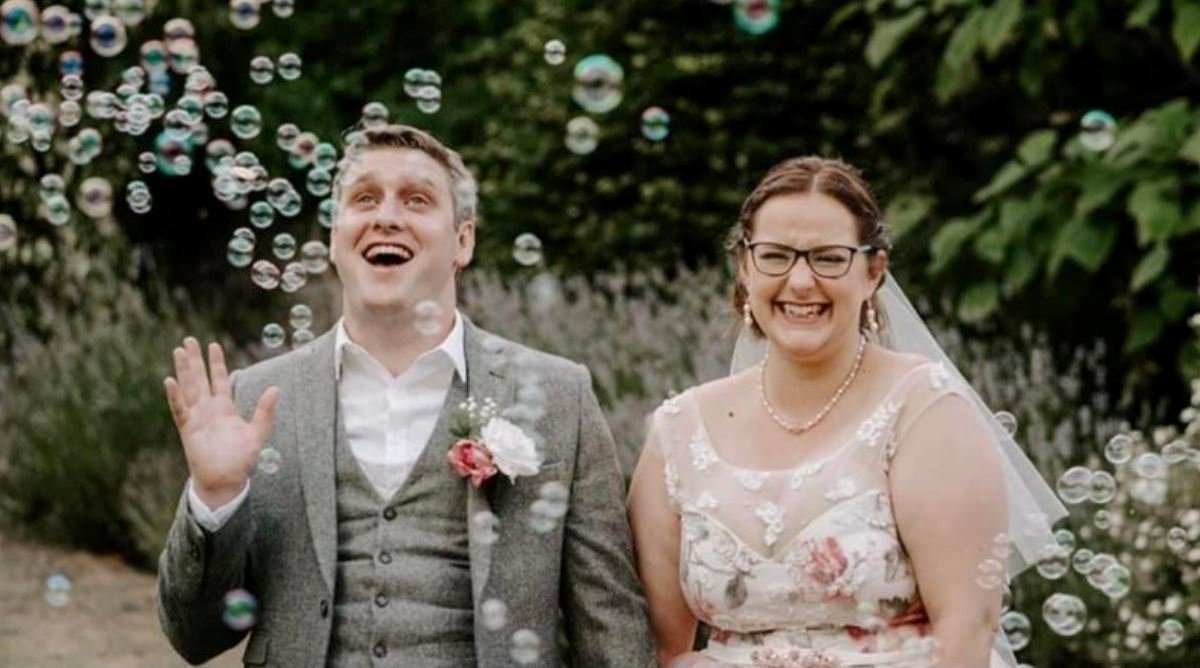 Reeves had been involved in a long-running dispute with the couple over designated parking on the new-build housing development.

Just 10 days before the killings, on November 11 last year, Reeves allegedly verbally abused Mrs Chapple outside her house following an earlier exchange between the victim and Reeves’s wife Kayley Reeves.

Police also released a video of this altercation.

The court heard there were several flashpoints over the parking issue in the months leading up to the killings but prosecutors said this was the ‘most significant.’

Reeves is seen storming towards Mrs Chapple’s property when she comes home and is heard accusing her of ‘f***ing gobbing off” and calling her a ‘cheeky little b***h.’

He added: ‘You get the sense of the tone and the level and nature of the relationship.’

Jurors were also played a clip of Reeves’ 999 call made minutes after the attack.

The operator at one point mistook him for the injured party, asking him whether he was harmed before he told her: ‘I went round with a knife, I’ve stabbed both of them.’

Asked whether the couple were awake when he left, he replied: ‘No, I think they were sort of drifting.

When officers arrived at the scene, the couple’s children were still asleep upstairs at the home

Reeves’ mother Lynn Reeves said in a filmed police interview played earlier to jurors that her son is a ‘closed book’ who ‘never shares his emotions’.

He served in the Army between 2002 and 2017, including in Afghanistan, but never spoke about what he saw there, she said.

It was claimed that Reeves appeared to have been struggling with his mental health since he returned from Afghanistan.