Footage has been released of the terrifying moments leading up to when Amir Khan was robbed at gunpoint.

The former boxer and his wife, Faryal Makhdoom, had been crossing the road in the Leyton area of London when two men appeared.

A gun was pointed at Khan’s face and he was ordered to handover his £71,000 watch.

Police arrived and searched the area, but the men had already fled in a getaway car.

Faryal has now posted CCTV footage from the night.

The clip shows a Mercedes car hastily pull up by the side of the street, before two men leap out and dash down the road.

Faryal wrote on Instagram the incident had made her feel ‘sick to her stomach’. 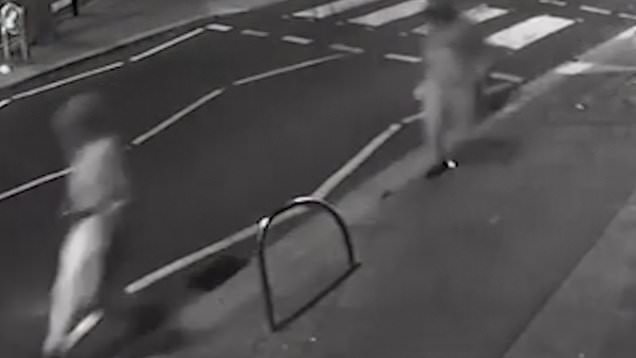 The couple had just left the Sahara Grill restaurant when they were ambushed.

A picture of Khan with a fan had been posted online earlier in the day, in which the Olympic medalist’s flashy watch was clearly on display.

There are fears he could have been a ‘deliberate target.’

‘There were no reports of any shots fired or any injuries.

‘At this very early stage there have been no arrests.

‘An investigation has begun and police are following a number of enquiries.’