More than 150 Oxford academics are protesting against Oriel College’s decision to keep the statue of the imperialist. The college was accused of “institutional racism” last month after its governing body announced it would not move the statue of Mr Rhodes from outside the building.

The academics said they will boycott tutorials to Oriel’s undergraduate students and will not take part in any outreach and access working including interviewing undergraduates.

Lord Wharton, the chairman of the Office for Students, criticised the boycott as “utterly unacceptable” if it caused any current or prospective students to be “disadvantaged in any way”, the Telegraph reports.

Robert Halfon, the Tory chairman of the education select committee, urged the university’s vice-Chancellor to “make it very clear” that academics should be “doing their job”.

He questioned the priorities of the teachers and asked: “Is it political posturing or is it looking out for students paying over £9,000 a year to study at their university?” 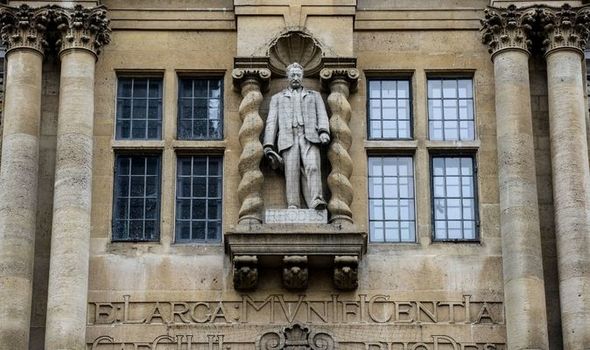 He added: “This is academic blackmail by a group of academics who think their own political views should trump everyone else’s, and if they don’t get their own way then any innocent students who happen to fall within their boycott will become the victims.”

According to the Telegraph, some Oxford academics criticised the boycott as “pathetic” and “ludicrous”.

But Danny Dorling, the Halford Mackinder professor of geography at St Peter’s College and one of the signatories of the boycott, said the move was intended to display to Oriel that teachers were “not very happy about what’s going on”. 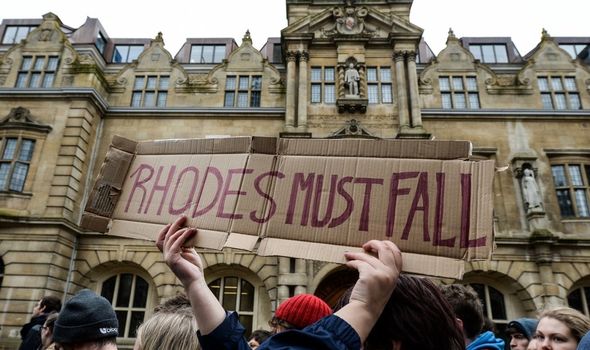 He added: “The extent of the upset is probably larger than what they predicted and it is possible that they may not realise the strength of feeling about this.

“This is a way of making it obvious in case it’s not clear. Having your university associated with a statue of a racist is deeply upsetting and puts a smear on the whole university.”

The boycott is said to only affect “discretionary” activities rather than any formal organised teaching or lecturing.

In a statement, the Oxford academics said: “The collegiate university can only effectively and credibly work to eradicate racism and address the ongoing effects of colonialism today if all the colleges do so. 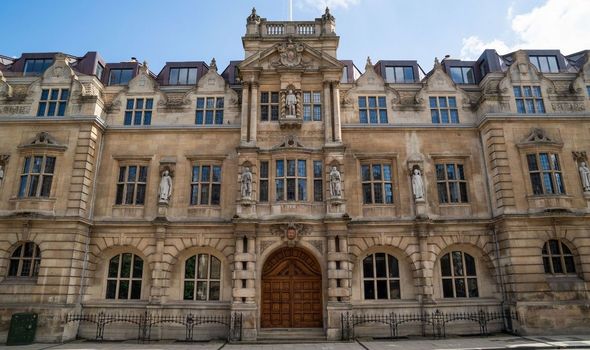 “Oriel College’s decision not to remove the statue of Cecil Rhodes undermines us all. Despite votes in favour from its student common rooms and despite an earlier vote of the governing body expressing their wish to remove it, Oriel has now decided not to.

“Faced with Oriel’s stubborn attachment to a statue that glorifies colonialism and the wealth it produced for the college, we feel we have no choice but to withdraw all discretionary work and goodwill collaborations.”

Earlier this week, a dispute emerged over the decision to remove the Queen’s portrait at Magdalen College due to concerns over its “colonial links”.

Members of the college’s common room, overwhelmingly voted to remove the picture.

The president of Magdalen College strongly defended their right to remove the portrait after Gavin Williamson, the education secretary, called the move “absurd”.