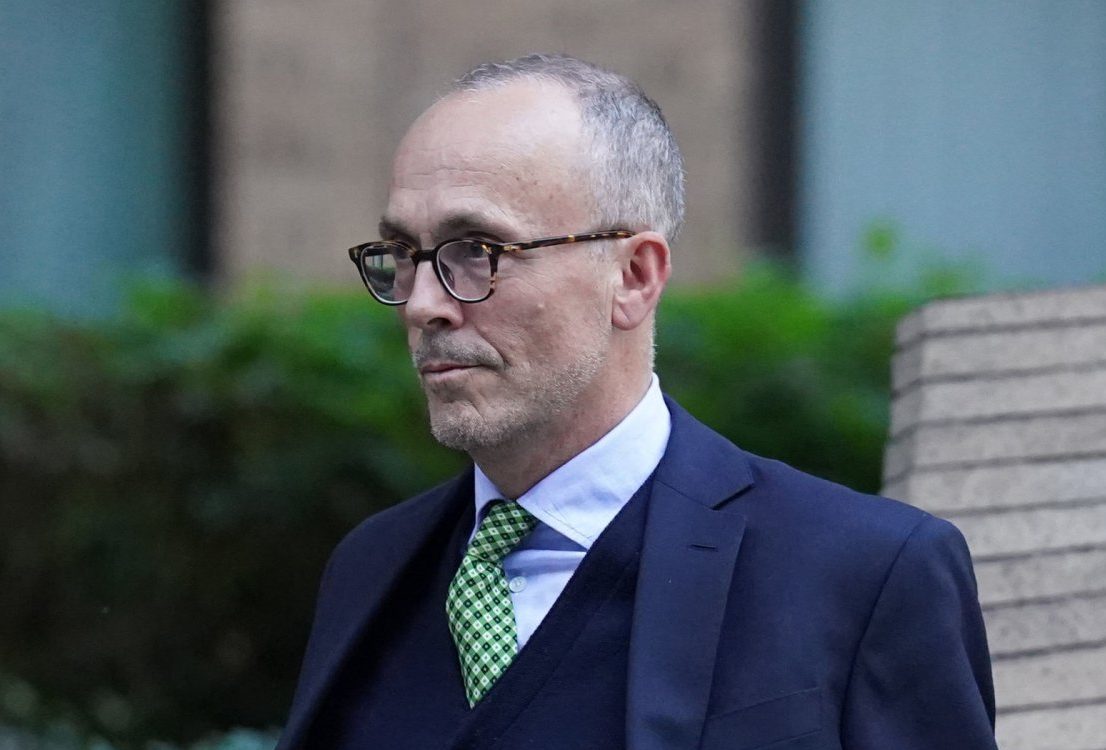 A celebrity agent accused of trying to use his Range Rover to bulldoze a cycling vigilante out of the way has been cleared of dangerous driving.

Paul Lyon-Maris, 60, who has represented actors Colin Firth and Sir Ian McKellen, ended up with 50-year-old Mike Van Erp on the front of his Range Rover, a court heard.

He was said to be fuming when his route was blocked by Mike van Erp, 50, known as CyclingMikey.

The YouTuber known for his CyclingMikey channel has caught out other celebrities, including Guy Ritchie and Chris Eubank in the outer circle of Regent’s Park.

Lyon-Maris found Mr van Erp standing in the road while filming on a head-mounted camera and using a selfie stick.

He had taken an illegal right turn to avoid a queue of traffic at the junction dubbed Gandalf Corner, on his way to a physio appointment on September 9 last year.

Footage captured the moment the cyclist came down on to the bonnet of Lyon-Maris’ Range Rover, which continued to drive forward and turned the corner.

Mr van Erp said he had already stopped two drivers for pulling the same unlawful manoeuvre that morning when the incident happened.

Jurors were played footage recorded on a GoPro camera by the Dutch cycling campaigner where there is an audible bang followed by Mr van Erp yelling: ‘Why are you driving into me?’

Lyon-Maris yells back: ‘I’ve got an appointment at half past eight. Get out of the way.’

Lyon-Maris said he felt ‘surprised and a little intimidated’ when the cyclist jumped on his bonnet holding a selfie stick.

He told jurors it was simply not true that he drove purposely at Mr van Erp in a ‘fit of rage and anger’.

A jury at Southwark Crown Court took three hours and 51 minutes to clear the agent of dangerous driving and assault by beating.

Giving evidence Mr van Erp said Lyon-Maris had warned him to ‘get out the way’ during the confrontation.

Lyon-Maris admitted driving around the keep left sign but said he told the cyclist to ‘please’ get out of his way after he jumped on his bonnet.

Summing up, judge, Mr Jonathan Bellamy said: ‘The defendant is a man of previously good character.

‘The fact that he is 60 and of good character could mean he is less likely to commit the offences with which he has been charged.

‘He said he did not drive at Mr van Erp, but that he jumped onto the bonnet of his vehicle.’

Lyon-Maris, of Belsize Park, north London, denied and was cleared of dangerous driving and assault by beating.

He earlier admitted failing to comply with a road sign and was fined following a magistrates court hearing.