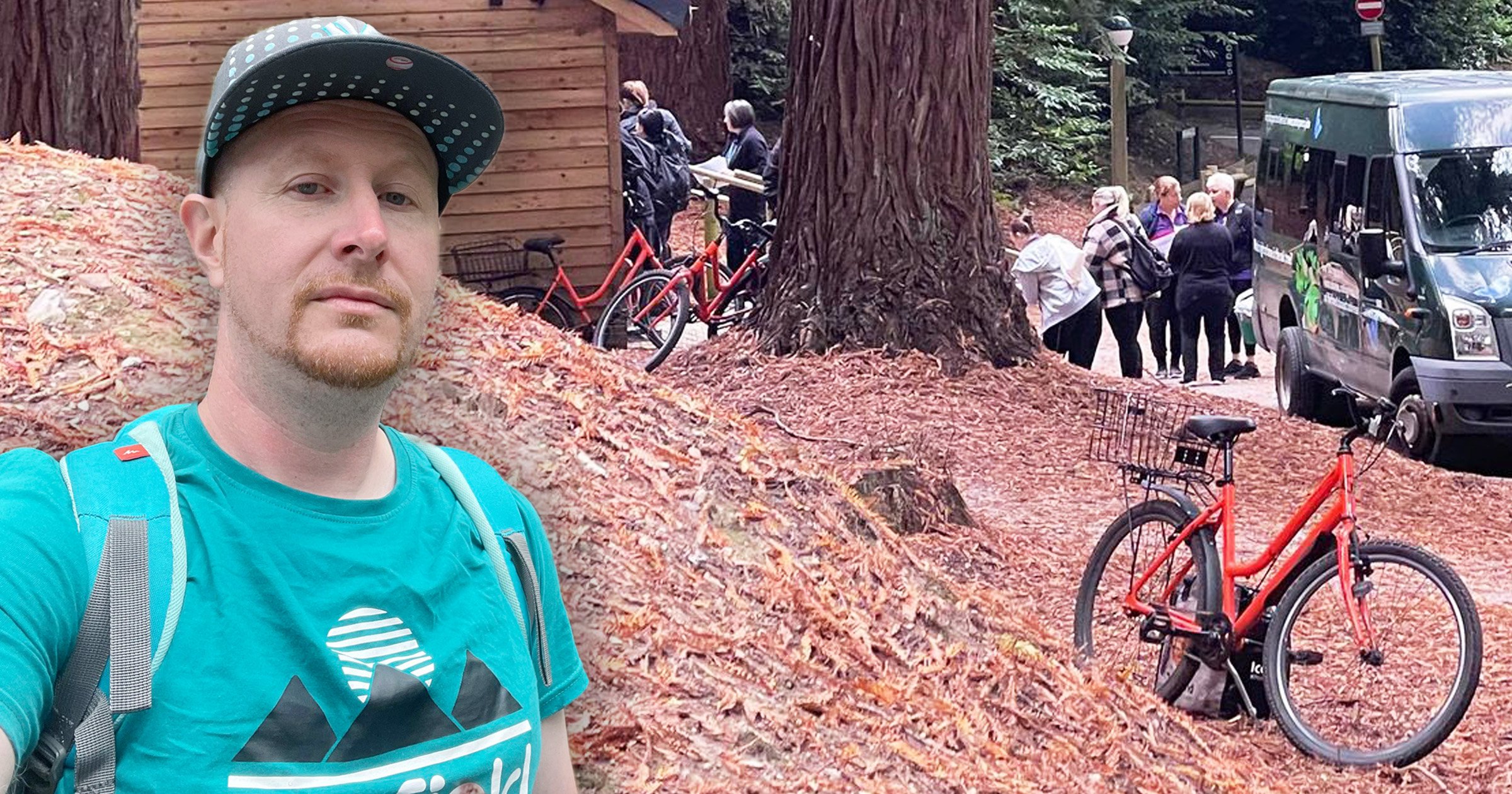 A Center Parcs guest has said that seeing workers arrive at the village as his family had to leave early on the day of the Queen’s funeral ‘was the final kick in the teeth’.

Leighton John, 44, has made a formal complaint about his stay, which he claimed was also ruined by disability access issues and ‘terrible’ food.

His family had to leave in the morning – instead of staying on site for their final day – after the holiday chain decided to shut for 24 hours ‘as a mark of respect and to allow as many of our colleagues as possible to be part of this historic moment’.

The resort operator initially said that guests at UK villages would either have to leave sites immediately after check-out, vacate for the day or arrive later than planned.

After a backlash, it made a partial U-turn but those due to check out on Monday still had to leave before 10am instead of being allowed to stay and use the facilities until midnight.

The father-of-two, from Wolverhampton, said that as his family left Longleat Forest in Wiltshire they passed workers heading in the opposite direction.

One of those pictured appears to have cleaning materials in a bike pannier and it’s unclear what staffing arrangements were in place.

However Mr John told Metro.co.uk that there was a high level of activity at the site before the state funeral for Queen Elizabeth II on Monday, which was also a public holiday.

The guest, whose group of six included his wife and their two children aged seven and eight, arrived on Friday and checked out on Monday morning.

‘It was quite bizarre,’ he said. ‘We saw people coming in to work as we had to leave. They were on bikes, in cars and there were two or three coaches at around 9am, although I’m not sure who they were for.

‘The car park was full and there was clearly a lot of staff there.

‘It’s the final kick in the teeth because we couldn’t watch the funeral as we were sat in the car for three hours.

‘One chap said that he was on the rota to work and thought it would be just him but there were a lot of other people who had to work as well.’

The managing director has had a £120 refund for the lost day but wants to be reimbursed for the full £800 he paid for the long weekend after his group left dismayed at their overall experience.

The break, for his mother-in-law’s 60th birthday this year, had been booked before Covid and was the family’s third attempt at taking up the holiday.

Mr John said: ‘My mother-in-law is disabled with mobility issues yet despite notifying them by phone and through their accessibility documents nobody advised us that the land train doesn’t run on a Friday.

‘It meant we had no way to get across the park to our booked activities other than a 45-minute walk for able-bodied people.

‘They offered a disability taxi that would take one person but by the time they had sorted this after a 20-minute walk to guest services we would have been too late to our activities which we had to cancel.

‘This meant we spent the first afternoon sitting in a cafe with nothing to do and unable able to eat as we hadn’t pre-booked.

‘We also had two lots of food during our stay which were terrible.

‘We were prepared to swallow it and lose the Monday so other people could watch the funeral but the fact they had to work is the ultimate insult.’

Center Parcs had told guests due to arrive at UK resorts, which also include Elveden Forest, Whinfell Forest, Sherwood Forest and Woburn Forest, not to travel on Monday but to check in on Tuesday, with those already on site having to leave and return.

The operator shifted its stance after a backlash which included hundreds of complaints on social media.

In a statement clarifying its position before the funeral, Center Parcs said: ‘Like many businesses we have taken the decision to close all our UK villages on Monday 19th September.

‘This decision was taken as a mark of respect and to allow as many of our colleagues as possible to be part of this historic moment.

‘We have contacted all the guests due to arrive on Monday 19th September and offered them a number of different options.

‘Our villages will be open to welcome guests on Tuesday 20th September.

‘The vast majority of our guests are either due to arrive or depart on Monday 19th September.

‘We have, however, reviewed our position regarding the very small number of guests who are not due to depart on Monday and we will be allowing them to stay on our villages rather than having to leave and return on Tuesday.

‘The villages will still remain closed on Monday and we will be offering a discount for the lack of facilities available on that day.’

A spokesperson for Center Parcs told Metro.co.uk: ‘I’m afraid we don’t have anything further to add to this story.’