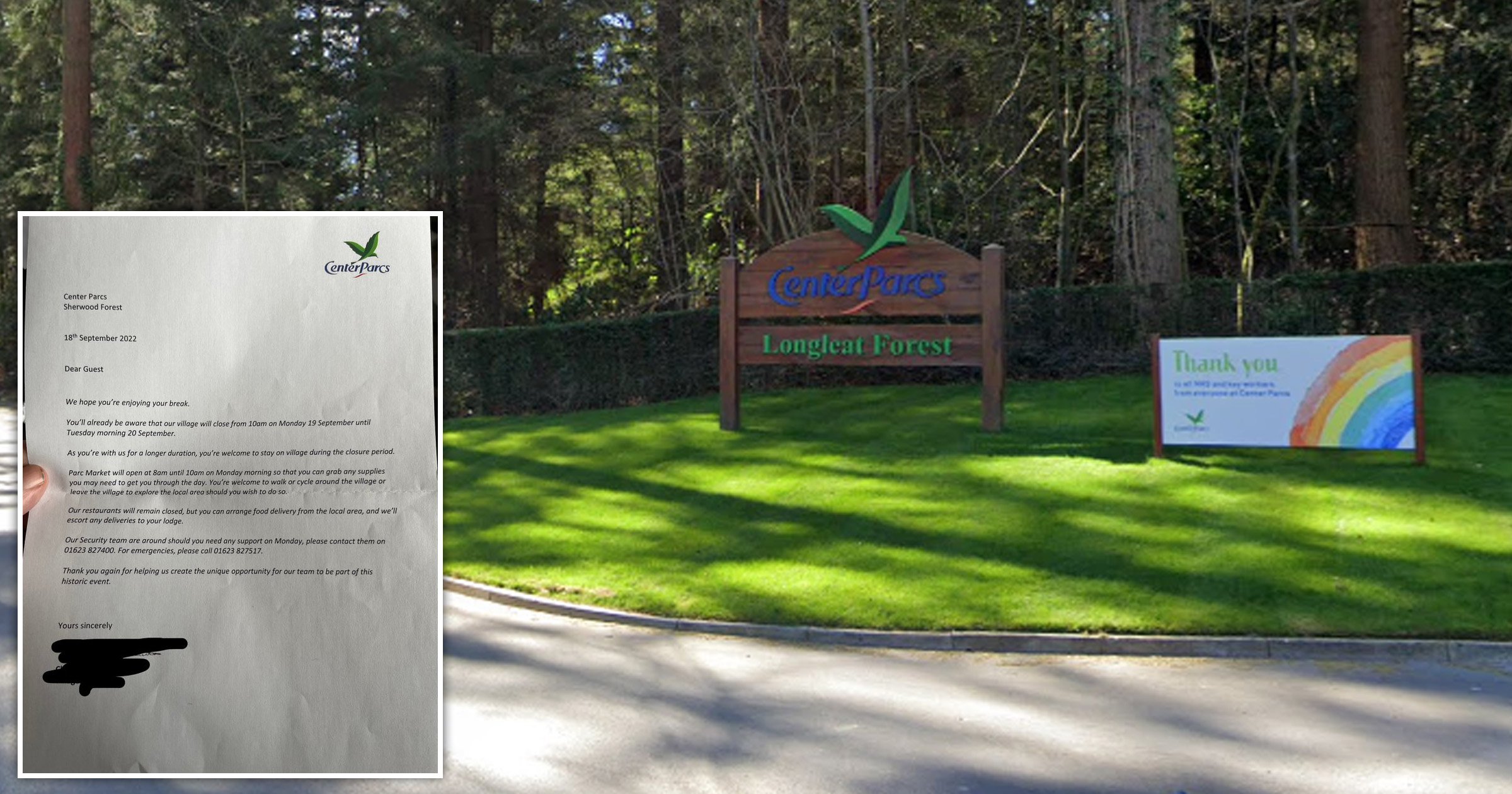 Guests at Center Parcs have been thanked for helping to create a ‘unique opportunity’ for staff.

People staying at Sherwood Forest in Newark were bemused when a letter from bosses appeared on the eve of the Queen’s funeral.

It thanked them for ‘helping us create the unique opportunity’ for staff ‘to be part of this historic event’.

The letter followed outcry over provisional plans to ban people from staying at Center Parcs resorts.

Visitors had originally told to ‘stay somewhere else’ on the day of the Queen’s state funeral.

But Center Parcs had backtracked after fierce outcry.

Last night, a note was delivered to people at the Sherwood Forest site, informing guests that restaurants would be closed.

But people were encouraged to ‘arrange food delivery from the local area’ if they could.

The letter added that visitors were ‘welcome to walk or cycle around the village or leave the village to explore the local area should you wish to do so’.

It added: ‘Thank you again for helping us create the unique opportunity for our team to be part of this historic event.’

He wrote: ‘Thank you for the letter delivered to our lodge this morning.

‘I assume the thank you for ‘helping us create the unique opportunity’ is meant to be sarcasm, because if not for the media backlash you’d be still be expecting us to vacate the park for one day.

‘I still note that like in the original emails and social media posts you still haven’t said sorry. After the stress you put so many of your customers through, is that really so much to ask?’

Center Parks were contacted by Metro.co.uk for a response and declined to comment.

The company had u-turned on its decision to ban holidaymakers from staying at their resorts on September 19 after backlash.

Distraught families had complained in their droves after it was announced that sites would close for 24 hours to mark the Queen’s funeral.

Center Parcs later backtracked and admitted they had ‘reviewed our position regarding the very small number of guests who are not due to depart on Monday’.

In a statement, Center Parcs had said: ‘We will be allowing them [guests] to stay on our villages rather than having to leave and return on Tuesday.

‘The villages will still remain closed on Monday and we will be offering a discount for the lack of facilities available on that day.’