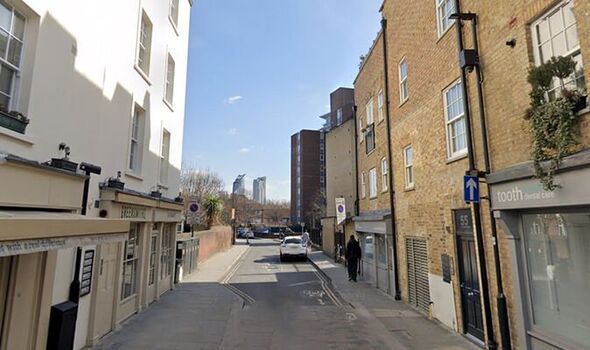 The 32-year-old was found by police officers near a block of flats on Frazier Street, shortly after 2.15am on Saturday. The victim was treated on the scene before being rushed to hospital, where he subsequently died. Police confirmed that there had been no arrests and that enquiries were ongoing.

In a statement, the Metropolitan Police said: “Police were called to Lower Marsh, SE1, at 02.15hrs on Saturday, 29 October to reports of a stabbing.

“Officers attended along with paramedics from London Ambulance Service (LAS).

It was reported that a 32-year-old man had been stabbed.

“The man was found near a block of flats in Frazier Street, SE1, and was treated at the scene by paramedics before being taken to hospital.

“Despite the best efforts of emergency services, he died a short time later.

“His next of kin have been informed and are being supported by specialist officers.

“Homicide detectives from the Met’s Specialist Crime Command have been informed.

“A crime scene has been put in place. There have been no arrests.

The UK’s capital has a crime index of 53.39 (as of mid-year 2022), putting it in the same company as cities like Jakarta in Indonesia, and Rennes in France.

By way of comparison, Germany’s capital Berlin has a crime index of 42.24.

London’s crime rate is though considerably higher than other parts of the UK.

London’s mayor, Sadiq Khan, has made fighting violent crime one of his main priorities.

The programme seeks to empower communities to lead and deliver interventions in neighbourhoods affected by high and sustained levels of violence across London.

The Mayor said: “The only way to achieve the further reductions in violence and growth in community confidence we all want to see is through deliberate, well-coordinated and well-funded partnership work.

“From City Hall we are supporting our dedicated neighbourhood police officers and investing record amounts in initiatives to support young Londoners at critical stages in their lives. But more must be done.

“There is no escaping the reality that the spiralling cost of living is exacerbating poverty, deprivation and the lack of positive opportunities for young Londoners, which we know can be both causes and drivers of violent crime.

“As with poverty, violence is not inevitable and that’s why it’s more important than ever that we all work closely together to help keep our communities safe.”