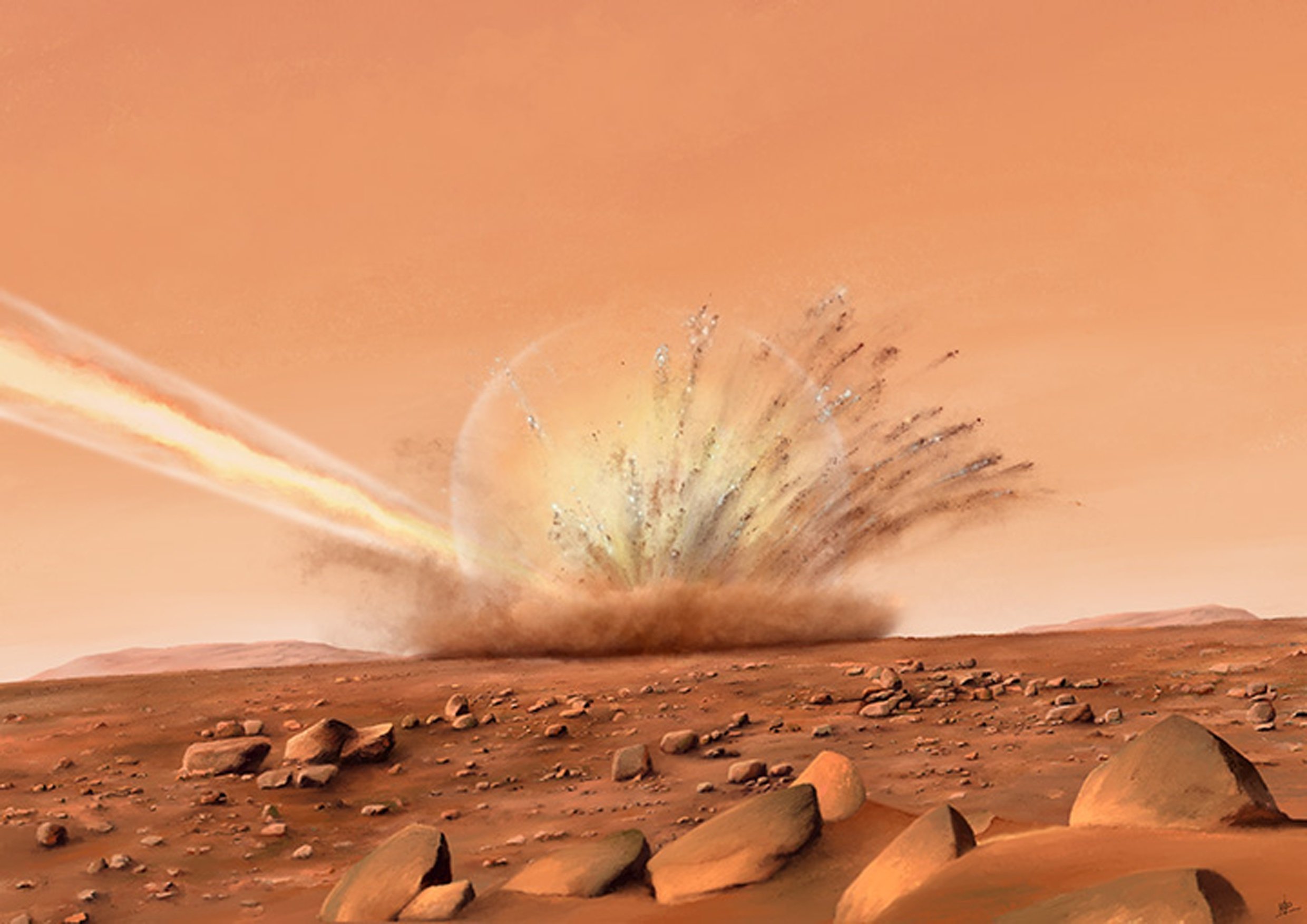 Scientists are studying data from two large meteorite impacts on Mars, hoping that it will give us a better understanding of how the red planet was formed.

The space rocks crashed into the Martian surface at different times in the latter half of 2021, resulting in two large craters upwards of 130 metres in diameter.

Nasa’s InSight lander, which touched down on Mars in 2018, recorded the vibrations caused by both impacts.

These vibrations, or seismic surface waves, gave scientists an insight into the structure of the Martian crust, which may hold important clues about the origin and evolution of the planet.

‘This is the first time seismic surface waves have been observed on a planet other than Earth,’ said Doyeon Kim, a geophysicist and senior research scientist at ETH Zurich’s Institute of Geophysics.

‘Not even the Apollo missions to the Moon managed it.’

The researchers used data from the Insight lander to determine the structure of the crust at depths of between roughly five and 30 kilometres below the surface of Mars.

They found that the crust was denser than previously thought.

The team said its new findings are ‘remarkable’ because a planet’s crust provides important clues about how that planet formed and evolved billions of years ago.

The scientists said their work could also help solve a centuries-old mystery: The Mars dichotomy.

The Mars dichotomy is described as a sharp contrast between the volcanic lowlands of the northern hemisphere and a plateau covered by meteorite craters in the southern hemisphere.

‘As things stand, we don’t yet have a generally accepted explanation for the dichotomy because we’ve never been able to see the planet’s deep structure,’ said Domenico Giardini, ETH Zurich Professor of Seismology and Geodynamics.

The researchers said that their initial analysis suggests that both hemispheres may be structurally similar at lower depths, despite appearing different on surface.

They believe that contrary to previous research, the north and the south are not likely to be composed of different materials.

The findings are reported in two separate papers in the journal Science.

Meanwhile, another team of international researchers analysed data from Insight’s seismometer, which has recorded more than 1,300 marsquakes.

Based on their findings, published in the journal Nature Astronomy, the experts believe volcanic activity is still present on the planet, in shaping the Martian surface with magma – hot molten and semi-molten liquid – flowing beneath.