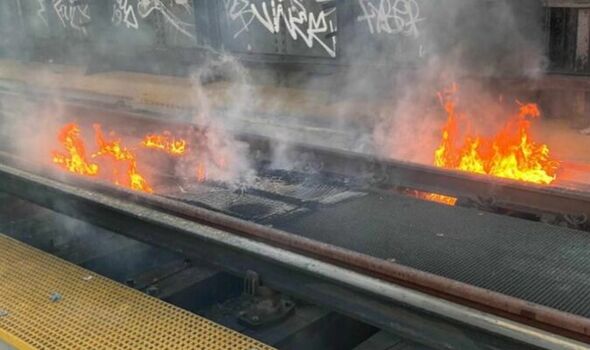 The incident occurred at around 5am today on the track between Wandsworth Road and London Victoria. The fire has since been extinguished.

In an announcement at the time, Southeastern Railways said: “A fire next to the track between Wandsworth Road and LondonVictoria means that all lines to and from the station are currently blocked.

Trains are being diverted to run from Cannon Street or Blackfriars.”

The service also advised commuters they could use alternative services at no extra cost.

Commuters were also suggested to use their tickets on London Buses, with the service provider announcing alternative bus routes for stations on the Bromley South line.

Shortly after 6am, the fire was extinguished and train lines reopened after the scene was cleared.

In an update, Southeastern Railways said: “The fire brigade have finished putting out the fire and are currently clearing the line.

“Once they are clear we expect some of the lines into #LondonVictoria to reopen.

“At the moment all lines are blocked and trains are being diverted to Cannons Street & Charing Cross.”