Queen Elizabeth II dies at the age of 96

Charles, who was still known as Prince of Wales then, undertook royal engagements as normal until the day of the Queen’s death.

However, he reportedly “wasn’t himself” during these engagements, and instead was overly emotional, apparently because of his mother’s ill health that was deteriorating behind the scenes.

Despite the ongoing situation, he held himself together and continued carrying on his duties until the very last moment.

On Wednesday, the 73-year-old met with journalist Victoria Newton, who wrote of the visit after the news about the Queen’s death broke.

Ms Newton said: “As always, His Royal Highness was extremely courteous.” However, she reportedly noticed during her meeting with the now King, that something was going on. 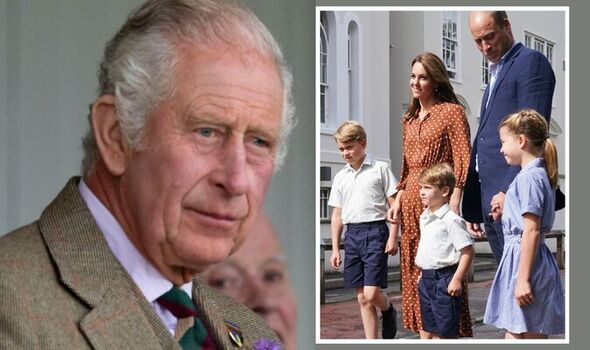 She added: “But I have met our now King a number of times in the past and I could tell he wasn’t himself. He looked under strain, like a man with the weight of the world on his shoulders.”

Ms Newton writes that she showed His Royal Highness the first picture of his grandchildren, Prince George, Princess Charlotte and Prince Louis, starting a new school.

The picture had been released to the media shortly before the meeting.

Charles was “delighted by the sweet snap”, according to Newton, however, he “looked emotional, almost close to tears for a moment”.

And the journalist continued: “When I have met him in the past he is always jovial and cheery, often making a quip, followed up by a big laugh.

“But this time I felt that lightness was missing. It is something I thought about a lot on my journey home.”

And concluded: “But it is testament to Charles’s strength of character that, despite what must have been a gravely developing situation with his beloved mother’s health in the background, he completed a full day of meetings and engagements at Dumfries House on Wednesday.”

The Queen’s death was announced by Buckingham Palace at 6.30pm on Thursday, and all her children and other close members of her family were by her bedside. 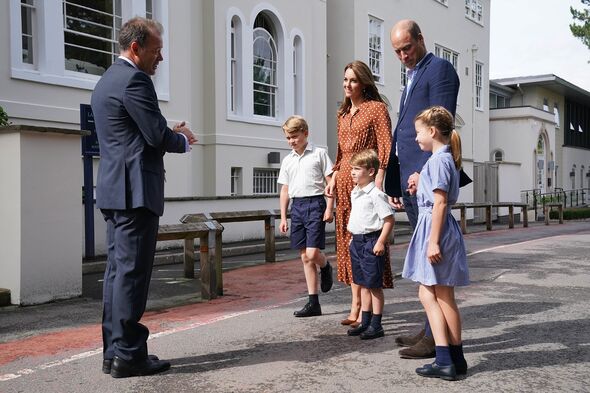 In a statement that followed, Charles paid tribute to his mother and expressed his sadness to have lost her.

He said: “The death of my beloved Mother, Her Majesty The Queen, is a moment of the greatest sadness for me and all members of my family.

“We mourn profoundly the passing of a cherished Sovereign and a much-loved Mother. I know her loss will be deeply felt throughout the country, the Realms and the Commonwealth, and by countless people around the world.

“During this period of mourning and change, my family and I will be comforted and sustained by our knowledge of the respect and deep affection in which The Queen was so widely held.”