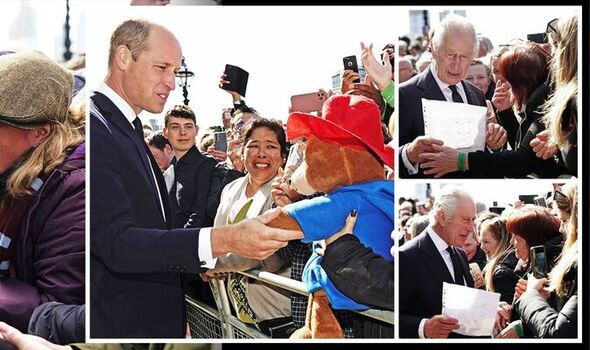 The royals shook hands and chatted with fans in central London, as the pair appeared to be in good spirits.

The crowds reportedly broke out in three cheers as the newly-appointed King arrived to greet grieving mourners of the public.

Some people also appeared to share jokes with the two royals.

William and Charles thanked the mourners for being there, some of whom had been queuing for hours in the cold weather.

Prince William told the people waiting: “I hope the queue goes fast for you”.

He commented on the size of the queue, saying: “She [the Queen] would never believe this, actually.”