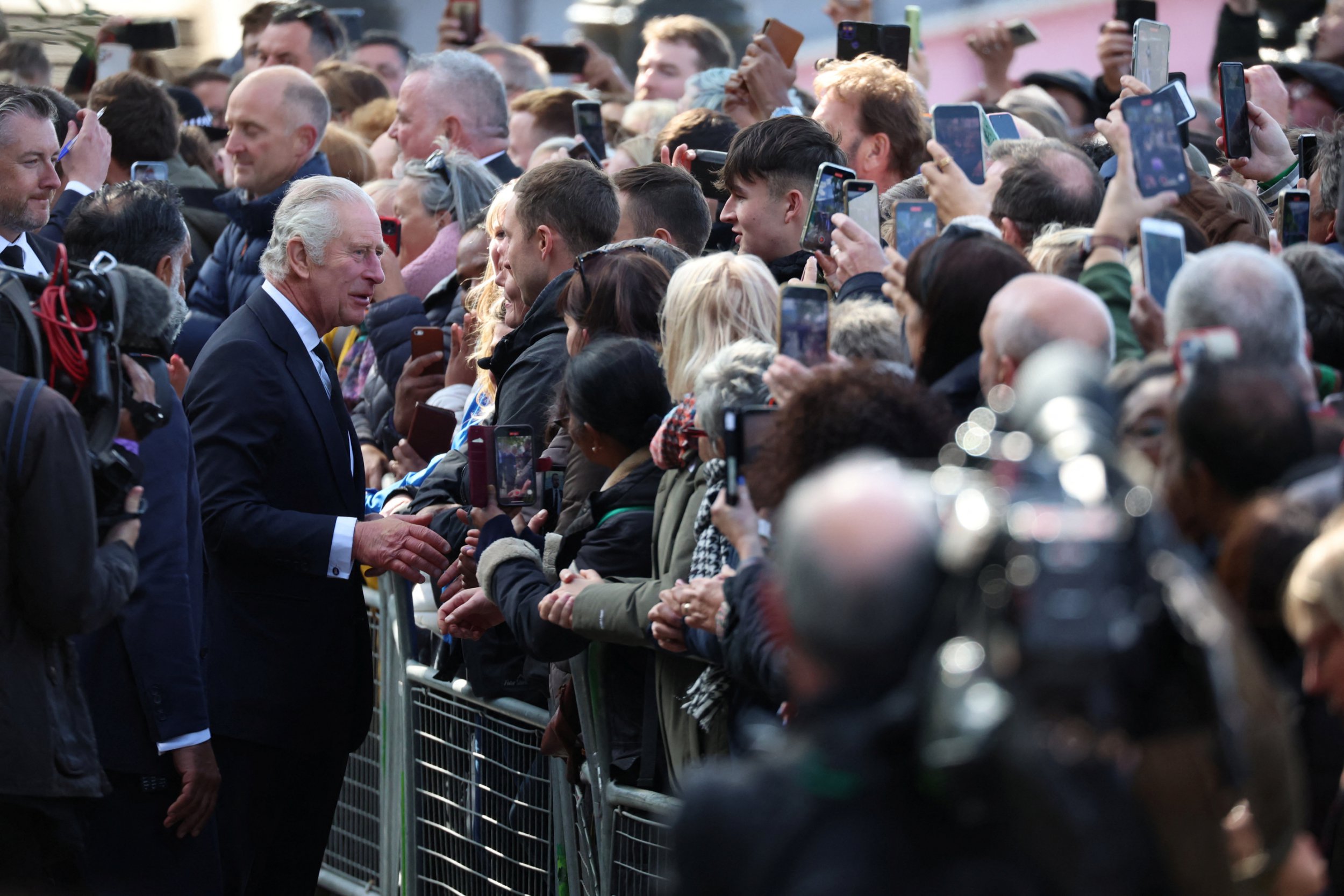 The new monarch was joined by the Prince of Wales at Lambeth Bridge, in south London, where thousands of people from all corners of the country are in line to pay their last respects to Her Majesty.

As they shook hands with those pressed against the metal barriers, many took photographs with Charles and the heir to the throne.

‘It was at 9.45pm that we left home yesterday,’ a woman told Charles as he shook her hand.

There were a few chuckles among the crowd and it looked like the royal presence raised the spirits of people who have been waiting in the queue for hours.

The King has visited a police station in south London to thank emergency services staff for their work ahead of the Queen’s funeral.

His Majesty also spoke to staff at Lambeth police headquarters and met those involved in the security planning of events during the mourning period.

He thanked emergency services for their around-the-clock efforts ahead of the Queen’s state funeral on Monday.

It is expected to be ‘the largest international event that the UK has hosted in decades, possibly ever’, according to sources.