Bronson, now 68, is renowned for being “Britain’s most notorious and violent prisoner”. The former bare-knuckle boxer, born Michael Peterson, was originally sentenced for petty crimes and robbery in the Seventies, before his term was extended to life imprisonment due to his dangerous behaviour. Public fascination with Bronson remains to this day and some younger fans have emerged after an eponymously named film starring Tom Hardy further-cemented his crimes in history.

Contrasting reports have emerged about Bronson in recent years, with some claiming he’s “very shy”, dishes out hugs and “protects wimpy prisoners”.

But other blunt accounts expose his violent nature, which earned him stints in Rampton, Broadmoor and Ashworth high-security psychiatric hospitals.

Some have sought to understand the inmate, who is now known as Charles Salvador, away from his crimes by writing him letters.

One individual who penned Bronson a note was Teemu, who writes about serial killers, notorious prisoners and dark tourism on his Instagram page ForenSeek.

The Finnish author told Express.co.uk that he first-considered writing to the infamous convict because of his shocking criminal history. 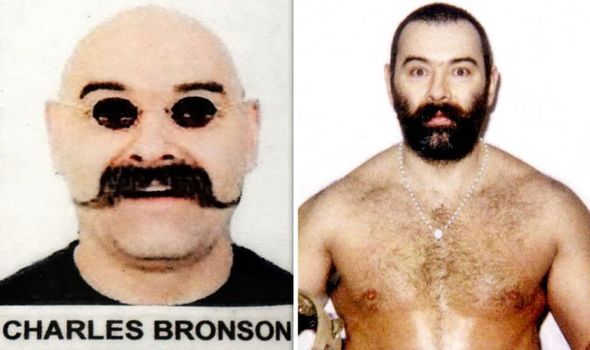 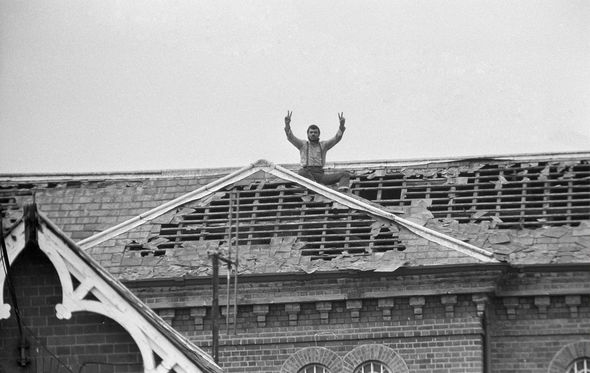 He said: “I read about Bronson and what fascinated me about him more than anything else was his totally relentless one-man war against the authorities.

“Apparently he is super-strong physically and absolutely refuses to be programmed.

“It’s not that I admire him, it’s just the spirit of his refusal to be programmed.

“If you told him, ‘You can turn right to gold and candy and left to hell’, he would turn to hell and refuse to obey even if that decision did not help him.”

Teemu was surprised when he received a “piece of artwork” along with a letter from the notorious British offender after previous attempts to contact prisoners had failed. 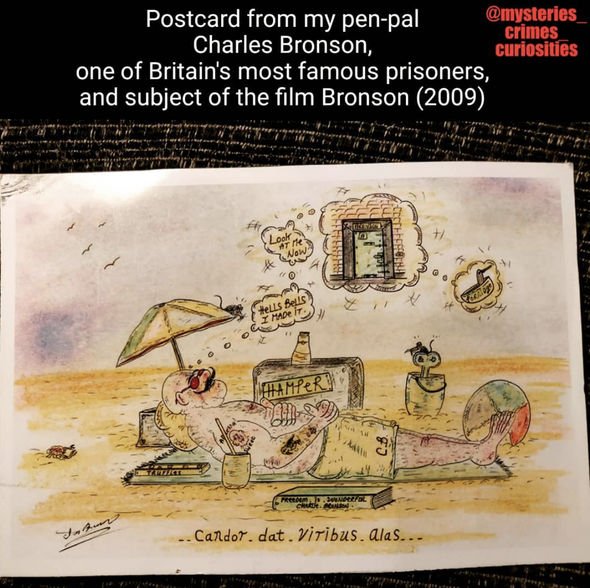 Previously he received a “chilling letter” from Richard Ramirez, who is the focus of the new Netflix show Night Stalker: The Hunt for a Serial Killer.

The artwork that accompanied Bronson’s letter showed the inmate wearing swimming trunks, emblazoned with his initials ‘CB’, as he lay on a beach dreaming about prison.

Speech bubbles just above his head show Bronson thinking: “Hell’s Bells, I made it. Look at me now.”

Near his tanning torso, was the sketch of a book that is shown to have been written by Bronson entitled Freedom Is Wonderful. 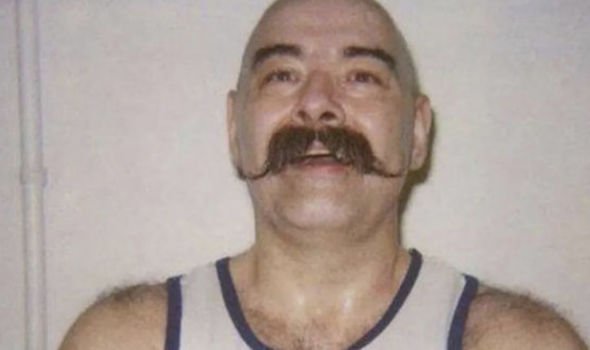 Slightly below it was the Latin phrase “Candor dat viribus alas”, which translates as “Truth (or sincerity) gives wings to strength”.

In the letter Teemu wrote to Bronson, he described his previous work with refugees from Iraq, Iran and Afghanistan, which provoked a response from the offender.

Teemu told Express.co.uk: “When Bronson wrote back to me, he said you mention that you work with folks from the Middle East.

“That’s funny because you reminded me of a story where I took someone hostage – that person was Middle Eastern.

“It seemed really funny to him like someone would say, ‘I was in Italy the other day’ but he is like ‘Oh yeah, I took an Iranian guy hostage.”

Teemu described Bronson as having a “fabulous sense of humour” and someone “who does not take himself too seriously”.

He was impressed by how “verbally inventive” the convict was and found it “hilarious to listen to him” in other clips that featured the criminal.

Teemu continued: “I suppose he’s a hilarious guy to people not in his near vicinity – at least from a penpal level.

“In the letter, he wrote what he thought was a funny personal anecdote – something that was comparable to someone else going to the shops.

“I tried to Google [the attack] but I couldn’t find information on it because he has such a long criminal record.

“I couldn’t find a specific mention of that incident but as far as I know it was a true incident – unfortunately, he didn’t elaborate any further.” 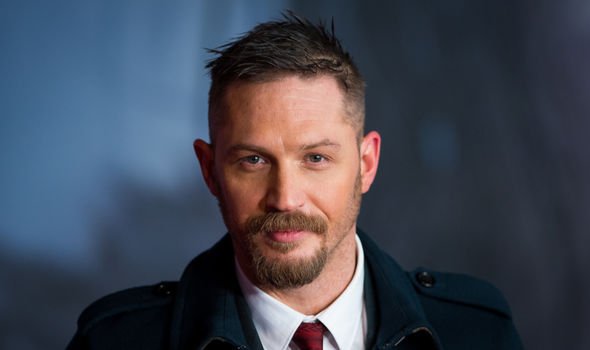 Teemu claimed that the prisoner had a “sweet-natured banter” but was definitely “a showman” based upon his letters, which were sent between 2015 and 2017.

He told Express.co.uk: “You could see that this guy was the life of the party, the guy with anecdotes and jokes.

“Getting that response from him proved that my perception of him was right – rather than overturning it.

“Bronson is someone who hates the system with all his guts and is prepared to fight it until the last day of his life.”

Earlier this month, Bronson hit the headlines when he claimed to have tracked down the individual who supplied his late wife Paula Williamson with the drugs that led to her death.

The Mirror reported that Bronson was told to behave during a video-link hearing at Stoke’s Civic Centre, where a coroner ruled that she suffered a drug-related death in 2019.

Area coroner Emma Serrano told the thug that she would not tolerate his “veiled threats” or name-calling after he used the word “scumbag” during the proceedings.

In another account last year, convicted armed robber Stephen Gillen told The Sun that Bronson “was very caring” and would “give you a hug”.

Mr Gillen recalled one incident where Bronson “stood up for this skinny kid” who was being bullied by another prisoner.

He described the victim, who was named ‘Chris’, as “very sweet-natured in a place where you’ve got a lot of sharks”.

Mr Gillen continued: “[The bullying prisoner] was doing life for murder. Charlie said, ‘Look, you leave him alone or I’ll bully you!'”

For more information about Teemu or his correspondence with prisoners visit: www.forenseek.app.