Charles visits Wales each year during the summer for Wales Week – but this year marks his fiftieth year as the 21st Prince of Wales. The future king, now 70, was first granted the title when he was 9-years-old by Queen Elizabeth II in 1958. But on July 1, 1968, the Queen held a ceremony to officially introduce her protégé to the world at Caenarfon Castle in Gwynedd, north-west Wales.

During the investiture, Charles was nervously adorned with ceremonial robes and a coronet placed on him.

On Sunday, Charles and his wife, Camilla, unveiled a plaque to mark the naming of the Prince of Wales Bridge, during their visit to the toll plaza office at the Second Severn Crossing.

On Monday morning, the Prince was pictured visiting the 1st Queen’s Dragoon Guards – known as The Welsh Cavalry – in his role as Colonel-in-Chief. 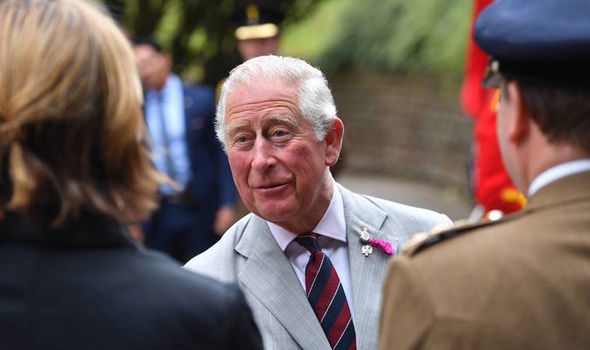 The Prince attended a memorial service dressed in a smart grey suit with a tie featuring the regiment’s colours of maroon and blue.

His appearance was to mark the British Army Regiment’s sixtieth anniversary.

Members of the cavalry marched during the memorial service in Cardiff.

The Prince of Wales was also pictured laying a poppy wreath in commemoration of regiment soldiers that had lost their lives in war.

Later in the day, Charles will also visit the Prince’s Trust call centre in Nantgarw.

He will also visit Ty’n-y-Coed Forest to meet The British Horse Loggers and learn about their work. 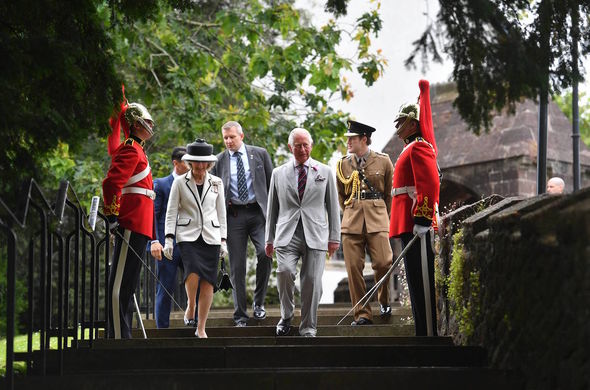 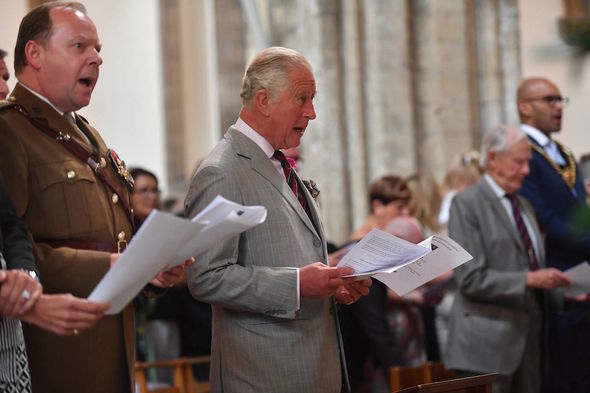 This week, the heir apparent will also visit the South Wales Police Headquarters in Bridgend.

He will also visit White Rose Primary School in New Tredegar and Mallwyd Church in Machynlleth.

But he will not be returning to Caenarfon Castle – the scene of his historic investiture.

Instead, Charles will focus on meeting people across the country and celebrating the work of charities and other organisations.