Charles III spoke to the nation of his loss and sadness at the death of his mother, Elizabeth, Britain’s longest reigning sovereign. In the speech, Charles thanked the British people directly, he said: “On behalf of all my family, I can only offer the most sincere and heartfelt thanks for your condolences and support.

“They mean more to me than I can ever possibly express.

“And to my darling Mama, as you begin your last great journey to join my dear late Papa, I want simply to say this: thank you.

“Thank you for your love and devotion to our family and to the family of nations you have served so diligently all these years.

“May ‘flights of Angels sing thee to thy rest’.” 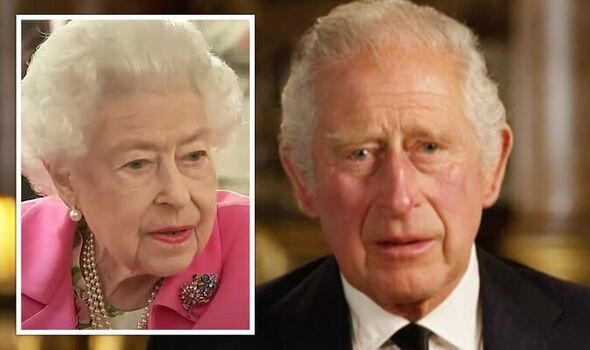 Charles called the late queen an inspiration and example to him, praising her profound personal commitment to serving the people of the United Kingdom and her other realms.

Charles also spoke of his profound sorrow at losing his mother, saying that he felt it “beyond measure”.

The new monarch also praised his “darling wife” Camilla, now Queen Consort, and his eldest son and heir William and his daughter-in-law Kate, on whom he bestowed the titles of Prince and Princess of Wales.

Charles also expressed his love for his younger son Harry and daughter-in-law Meghan, a significant gesture towards a couple whose relationships with the rest of the royal family have been strained.