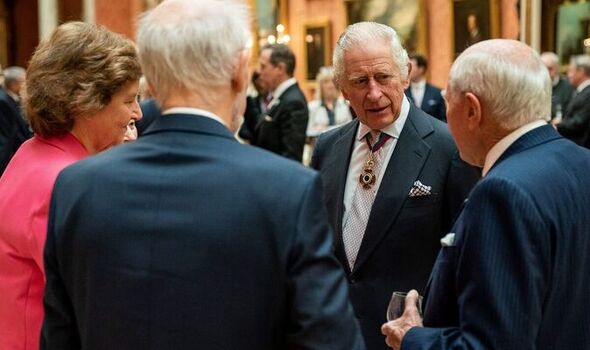 The order now includes six new appointments, chosen by the late Queen before her death.

Dame Elizabeth Anionwu, a professor of nursing who was honoured in the Queen’s New Year’s Honours list in 2017 for services to nursing, said: ”I’m so honoured. I’m just star gazing. It is history.”

Baroness Benjamin, also new to the order, said she was absolutely ‘thrilled’ to be ”the first black woman from the Caribbean’ to be included in the historic order.

She added: ”I just feel absolutely thrilled to know that one of Her late Majesty’s final wishes was to have such a diverse list.”

The order of merit, founded by King Edward VII in 1902 is a special mark of honour conferred by the Sovereign on individuals of exceptional distinction in the arts, learning, sciences and other areas such as public service.

Sir David Attenborough, present at the lunch, said of the Order of Merit: ”It is a mysterious thing but it works. It is a great honour because it is such a variety of people from such a cross section of society.

After the investiture of the new members, a service was held at the Chapel Royal, St James’s Palace, before a drinks reception in the Picture Gallery at Buckingham Palace.

A group picture was then taken in the Music Room before lunch, which was served in the state dining room.

Guests were served Croustade of soft poached egg Alexandra, Pithivier of Partridge and Celeriac, and Lemon and Mint tart.