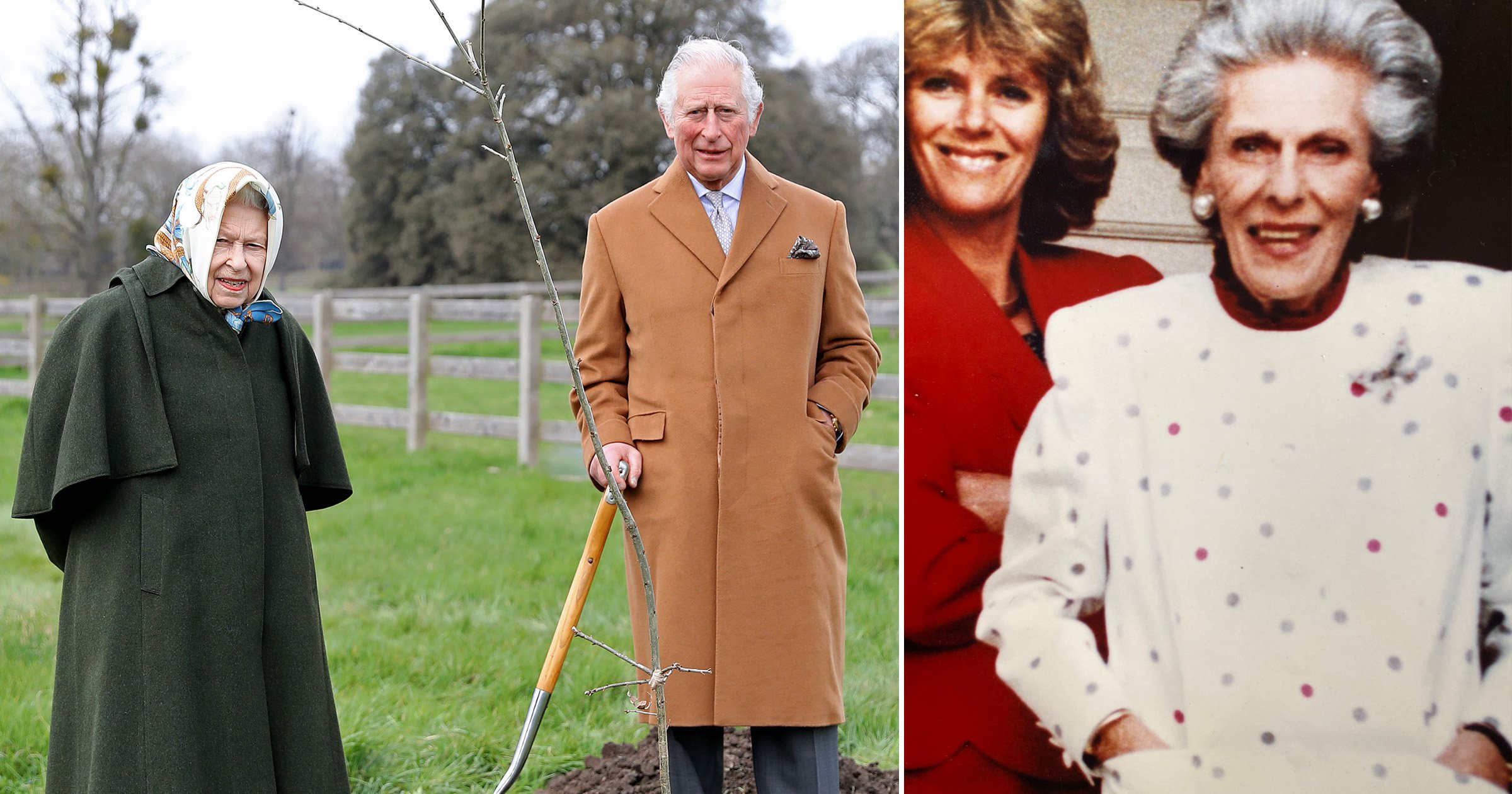 Prince Charles shared a photo of himself with the Queen on Sunday, as he said Mother’s Day was a day to ‘celebrate all the mothers in our lives’.

The snap of the Prince of Wales and Her Majesty in a garden, was accompanied by an image of his wife Camilla with her late mother Rosalind Shand, who died from osteoporosis aged 72.

The accompanying caption in the Twitter post read: ‘On Mothering Sunday, we celebrate all the Mothers in our lives and are thinking of those who cannot be with their Mothers today.’

The message comes as Charles stands ready to step in for his mother to deliver this year’s Queen’s Speech to Parliament if the monarch is deemed ‘too unwell’ to do so.

It follows concerns over the Queen’s health following several cancellations for high-profile events, with Buckingham Palace saying in a statement that the Queen’s attendance at the annual ceremony in Westminster would be confirmed ‘in due course’.

Meanwhile, Camilla has continued to work in memory of her mother following her death in 1994.

The Duchess of Cornwall, who is president of the Royal Osteoporosis Society, previously called out ‘fad diets’ which encourage people to cut out dairy, claiming that it was ‘the worst thing to do’.

On Mothering Sunday, we celebrate all the Mothers in our lives and are thinking of those who cannot be with their Mothers today.
#MothersDay pic.twitter.com/6yZZx4Sa2Q

Meanwhile in February, the Queen used her Platinum Jubilee message to express her ‘sincere wish’ that Camilla becomes Queen Consort when her son ascends to the throne.

The written message read: ‘I would like to express my thanks to you all for your support. I remain eternally grateful for, and humbled by, the loyalty and affection that you continue to give me.

‘And when, in the fullness of time, my son Charles becomes King, I know you will give him and his wife Camilla the same support that you have given me. It is my sincere wish that, when that time comes, Camilla will be known as Queen Consort as she continues her own loyal service.’

Charles and Camilla were ‘touched and honoured’ by the Queen’s gesture, Clarence House said.