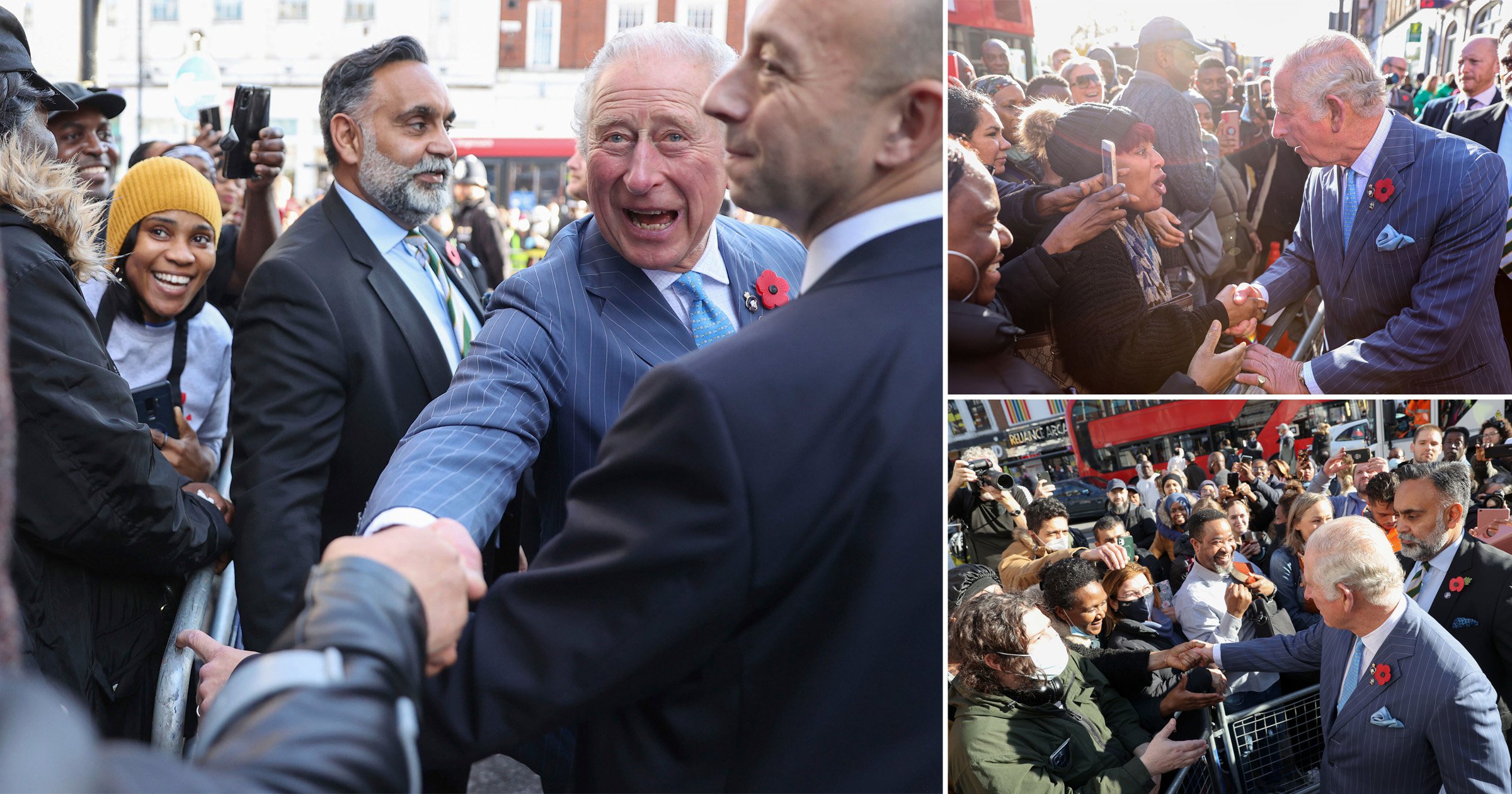 Prince Charles insisted his mother is doing ‘all right’ despite recent health concerns as he warmly embraced locals in south London this morning.

The heir to the throne took time to shake dozens of people’s hands as he was welcomed to Brixton by well-wishers.

One person in the crowd shouted ‘Prince Charles, how is your mother?’ to which he responded: ‘She’s all right thank you.’

He was visiting a branch of NatWest to meet young entrepreneurs from his Prince’s Trust charity.

Outside the bank, crowds had gathered to get a chance to see the future king.

Wife Camilla was nearby at Westminister Abbey, where she attended the 93rd Field of Remembrance on Armistice Day.

Charles proudly displayed a poppy on his pinstriped suit to mark the occasion.

Clarence House has confirmed both he and Camilla will be at the Festival of Remembrance at the Royal Albert Hall in London on Saturday night – but the Queen will not attend.

The monarch returned to Windsor this week after a brief break in Sandringham as she continues to take a rest from her demanding schedule.

Buckingham Palace has previously stated it is her firm intention to be at the Cenotaph for Remembrance Sunday in four days time.

But her attendance has still not been confirmed after she was forced to pull out of engagements including the COP26 summit in Glasgow.

The Queen, 95, has been under doctors’ orders to rest during the past three weeks after undergoing preliminary tests and spending a night in hospital on October 20.

She continues to carry out ‘light duties’ and conducted a Privy Council meeting by video link from Windsor on Wednesday afternoon, with ministers including Lord President of the Council Jacob Rees-Mogg and Education Secretary Nadhim Zahawi among others.