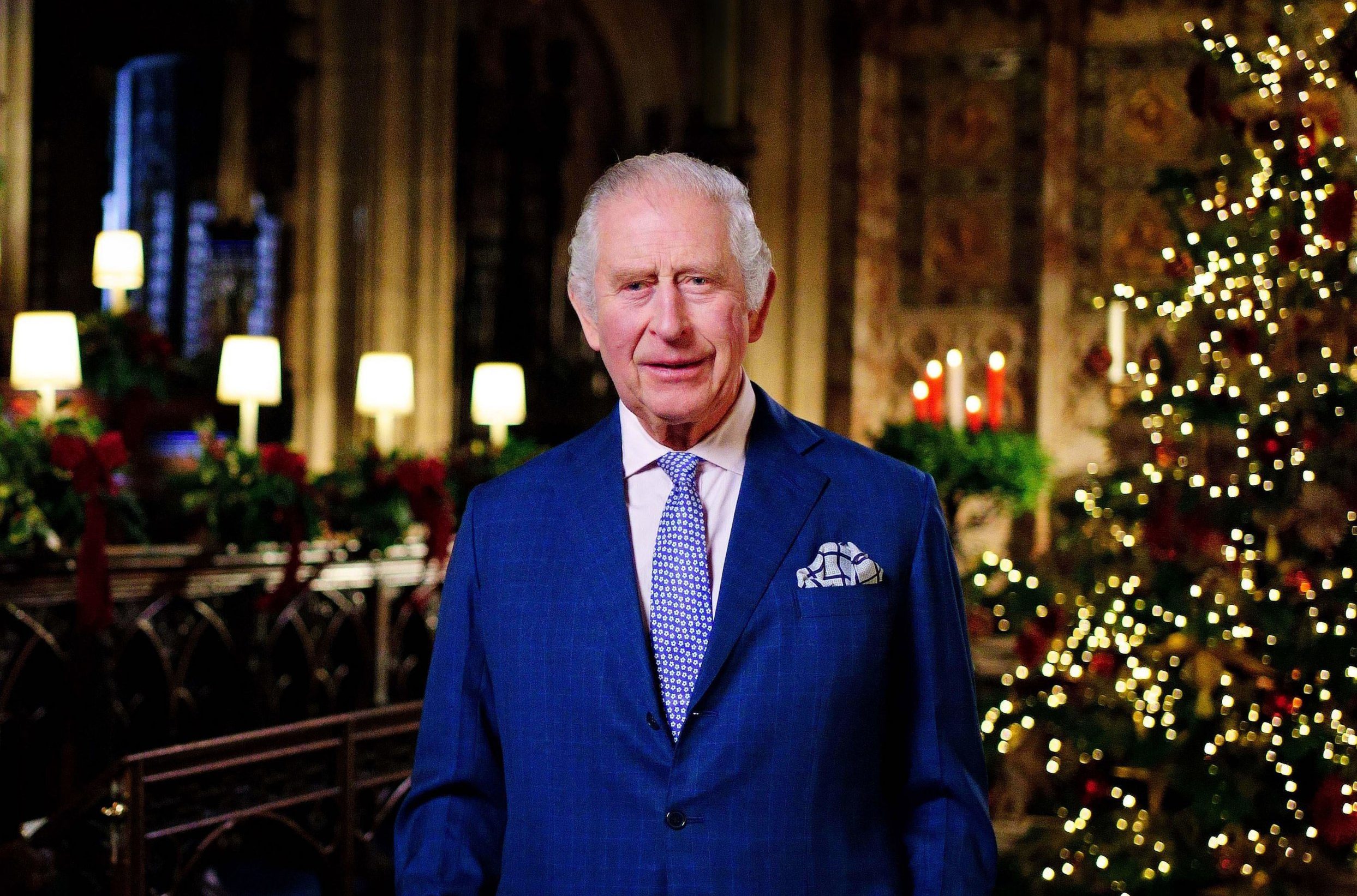 King Charles is expected to pay tribute to the Queen during his Christmas message to the nation since taking the throne.

An image of Charles, taken during the recording of the annual festive address, has been released ahead of the broadcast being screened on Christmas Day.

The monarch is pictured standing in a navy blue suit while delivering his address.

In decades past, the Queen previously stood for her Christmas broadcast, although in recent years she had been sat behind a desk.

The King’s Christmas message was recorded in the quire of St George’s Chapel, where the Royal Family sat during the Queen’s committal service, and where the former monarch was eventually laid to rest alongside her husband, Prince Philip.

Charles last addressed the nation in his first broadcast as King, screened the day after the Queen’s death on September 8.

In that address he spoke movingly about his ‘beloved mother’, and said: ‘We owe her the most heartfelt debt any family can owe to their mother; for her love, affection, guidance, understanding and example.’

A large Christmas tree decorated with ornaments made from sustainable materials can be seen in the background of Charles’ message.

As the Prince of Wales, the King regularly voiced concerns about the threat to the environment and worked to bring governments, and the private and public sector together to find solutions to the climate change crisis.

The newly-released image shows foliage decorations that have been placed among the stalls in the quire, that feature holly, berried ivy and red skimmia.

Following the recording of the King’s festive address, the Christmas tree was re-used by St George’s Chapel in the Dean’s Cloister for visitors to enjoy.

The broadcast was produced by BBC Studios Events, ahead of ITV whose turn it was to record the King’s first festive address under a rotating producer system between the BBC, ITV and Sky News.

A Buckingham Palace spokesman said the decision was taken as the BBC had ‘experience of shooting in St George’s Chapel this year’.

The elephant in the room will be the ongoing family crisis between the Windsors and The Duke and Duchess of Sussex, with the address set to be ‘sandwiched’ in between the Netflix series Harry & Meghan and Prince Harry’s upcoming autobiography, which is expected to contain more criticism of the Royal family.

However, the longstanding feud between the warring Royal factions is unlikely to get a mention, with palace insiders suggesting the centrepiece of the speech will be a tribute to the Queen and her historical reign.

Speaking to i, royal historian Jeffery Archer said: ‘There will be no indication whatsoever of any family politics or any other shenanigans going on at the moment. He will want to present the message of a family pulling together in grief.’

‘People will be looking at these words. It will be vanilla in respect of them. It will be as vanilla as it can be.’

Also expected to be included in the speech is an acknowledgement of the cost-of-living crisis and the effect it has had on families throughout the nation.