The young princess looked like she was having a whale of a time as she took her seat at the Sandwell Aquatics Centre on day five of the 2022 Commonwealth Games in Birmingham with her mum and dad, Kate and William. The seven-year-old looked adorable in a striped white and navy blue Rachel Riley dress and plaited pony tails as she joined the crowds watching for England’s 1,500m freestyle hopeful Luke Turley.

The young princess made a number of animated faces and put her thumb up as she sat in between her doting parents on the rare royal outing.

She was also snapped clapping enthusiastically as she watched the heats from the stands.

In one touching moment, her mum Kate tucked her loose hair behind her ears. 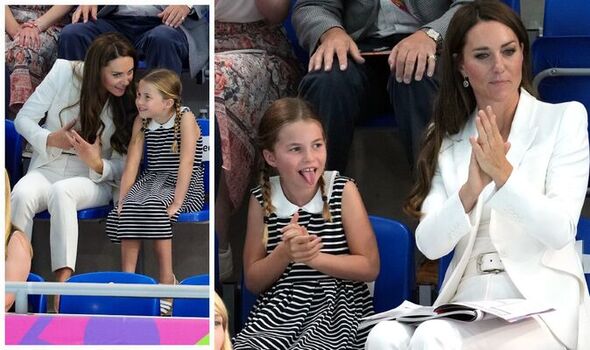 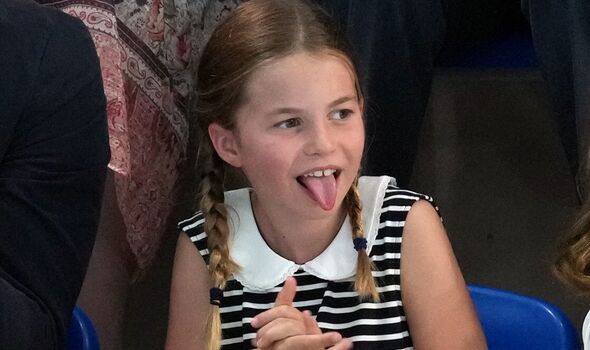 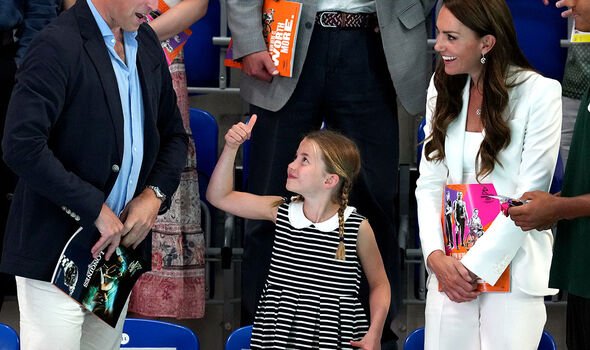 But there was no sign of Charlotte’s brothers, Prince George and Prince Louis, as the little princess appeared with her parents alone.

Princess Charlotte appears to be a keen sports fan after she sent the Lionesses a good luck message just hours before their historic Wembley win against Germany on Sunday.

Kate, dressed in a white blazer and trousers, embraced Prince Edward, Sophie Wessex and their children before taking her seat next to Charlotte. 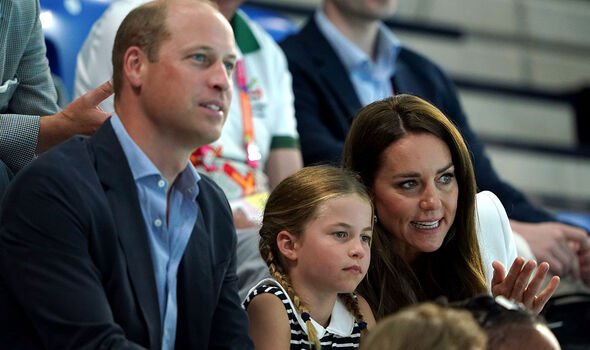 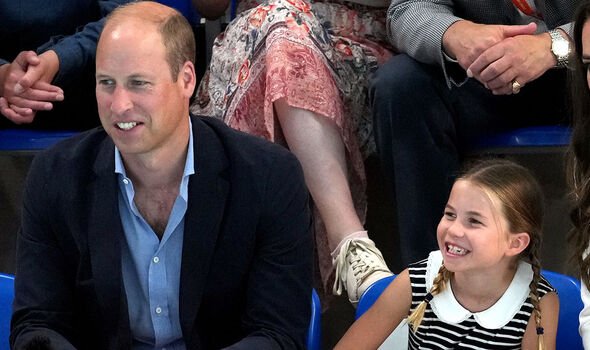 The duchess was pointing and explaining things to her daughter, while William held one of the official programmes.

After rolling her eyes following a comment from her father, Charlotte then cracked a smile as Turley’s heat came to a close. 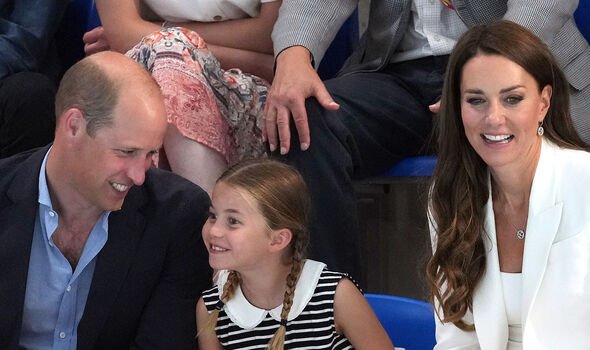