The seven-year-old daughter of the Duke and Duchess of Cambridge delivered a cheeky response when an aide tried to help the young royal in front of a large crowd. Despite following rules about how to behave like the perfect royal, Princess Charlotte has been known to show her sassy side over the years.

One example came at Christmas time just a few years ago.

Princess Charlotte joined other members of the Royal Family during a Christmas morning service.

Charlotte, who walked alongside her mother Kate Middleton, was handed a bouquet of white roses.

However, she made herself the star of the show when she refused to hand over a bouquet of flowers to a royal aide.

JUST IN: Fan frenzy as Prince George, Louis and Charlotte pictured on first day back at school 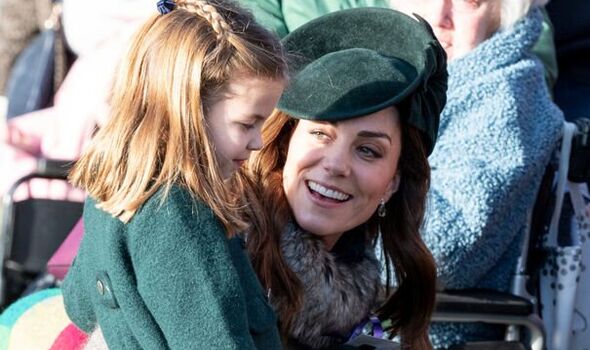 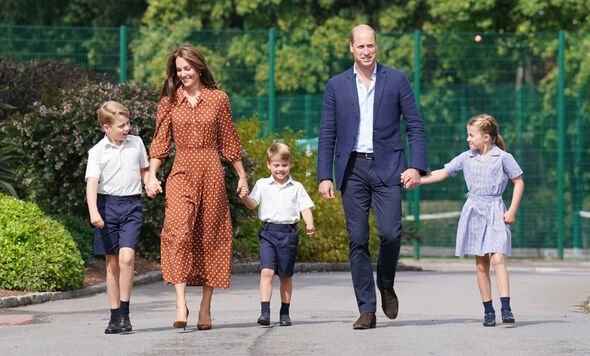 The Princess gave the smiling aide a confident shake of her head before she continued to greet the rest of the crowd.

The seven-year-old royal then opted to continue her royal duties with the roses in hand.

The service was held at 11am and saw members of the Firm walk through the crowds at the Queen’s Norfolk estate.

Some children in the crowd had brought gifts for the royals, including hand-drawn pictures or bunches of flowers. 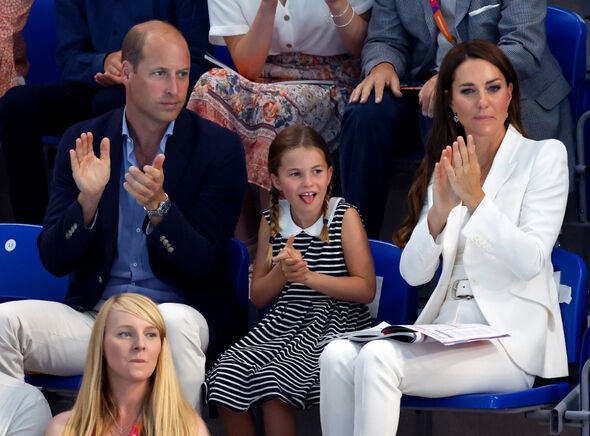 Since her appearance in 2019, Charlotte now regularly appears with her mum and dad on royal visits and tours.

Charlotte was even snapped alongside the other Cambridges on the school run yesterday.

The family’s move to Lambrook School came after they moved from Kensington Palace to Windsor.

Charlotte’s father Prince William even referred to his three children as “all the gang” as he ushered them up the steps of the £13,000 private school.

DON’T MISS:
Manchester locals blast Sussexes after Meghan’s speech [REVEAL]
Queen has ‘no choice’ but to strip Sussex’s of titles [INSIGHT]
Prince Harry appeared ‘subdued’ and ‘dour’ without Meghan at his side [SPOTLIGHT] 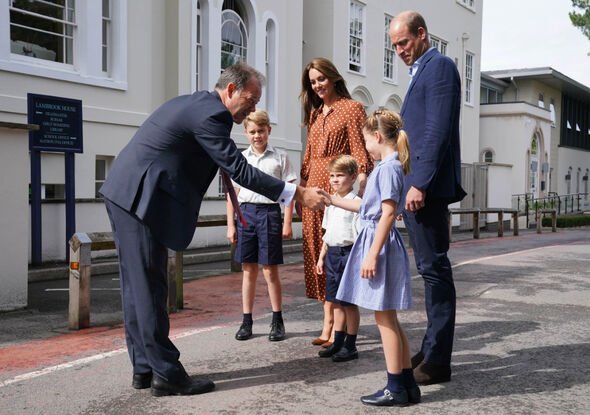 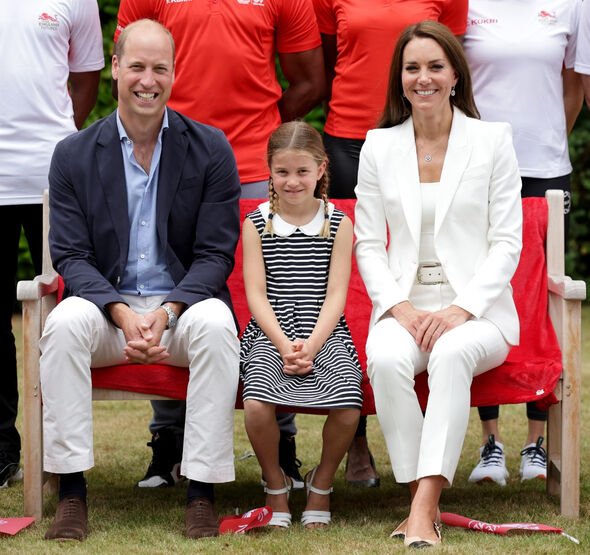 The school sits in 52 acres of Berkshire countryside close to Ascot Racecourse.

It has a nine-hole golf course along with a swimming pool and animals such as bees, chickens and pigs for children to look after.