Princess Charlotte accompanied her parents Prince William and Kate, Duchess of Cambridge for a surprise appearance at the Commonwealth Games on Tuesday. Sitting in Sandwell Aquatics Centre in Birmingham, the royals watched the swimming and were later spotted cheering and applauding alongside the crowd for England’s 1,500m freestyle hopeful Luke Turley. The lively Charlotte was seen grinning, grimacing and wincing as she watched the races, listening intently as her mother pointed out what was going on.

The seven-year-old, who was on her first solo appearance without her brothers, made her parents laugh with her excitement, and at one point giving doting father William a thumbs-up.

As the day wore on, Charlotte grew tired and began to pout and hide her head in her hands.

But despite her fatigue, the young royal remained on her very best behaviour.

Her animated display harked back to a similar appearance from the Duchess of Cambridge, whose series of funny faces also stole the attention of royal watchers. 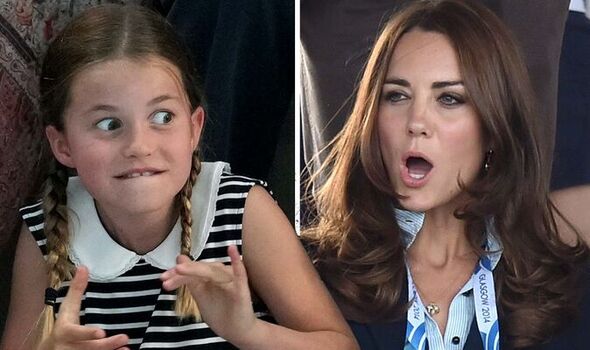 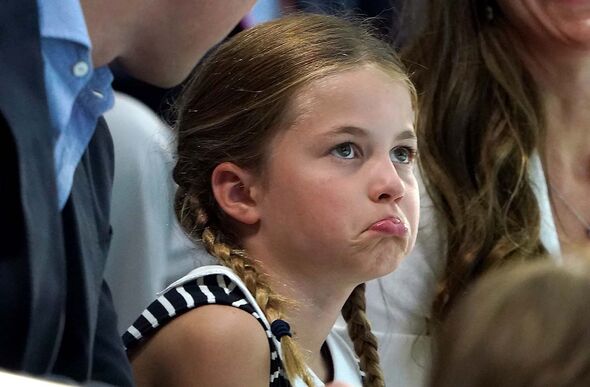 During the 2014 Commonwealth Games, Kate watched the boxing, gymnastics, hockey and swimming competitions and the royal could help but express her emotions.

The Duchess winced, laughed and held her hands tight in suspense as she watched boxing matches and a hockey game at the 2014 Commonwealth Games.

And sitting alongside William, her brother-in-law Prince Harry and Prince Edward, Kate cheered on English boxer Scott Fitzgerald and Azumah Mohammed of Ghana before heading over to the hockey match.

The Duchess wore a strained face during the Wales v Scotland Hockey match at the Glasgow National Hockey Centre. 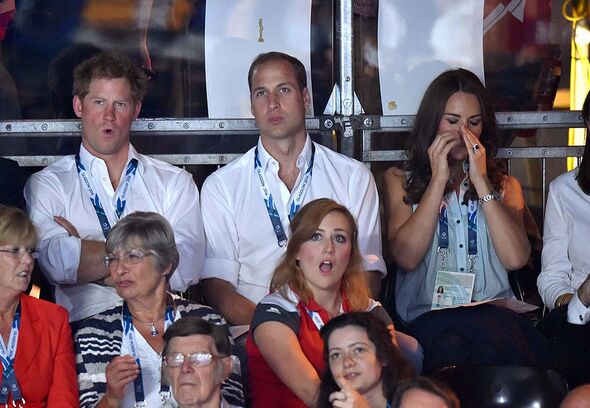 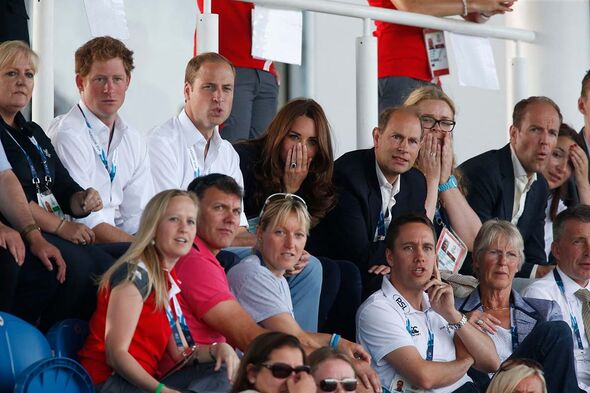 An avid hockey fan, sporty Kate was hockey captain of her school team, and in 2012 she took part in a training session at the Olympic hockey arena with Team GB athletes.

At the time, she revealed: “The last time I played was 2005, maybe. It feels like I haven’t held a stick for ten years.

“This is going to be so embarrassing. My brain thinks I can do all these wonderful things but my body just doesn’t play ball.”

The royal visitors – who are all sports fans – were spotted in hysterics before gymnasts from across the Commonwealth competed in the men’s and women’s team finals. 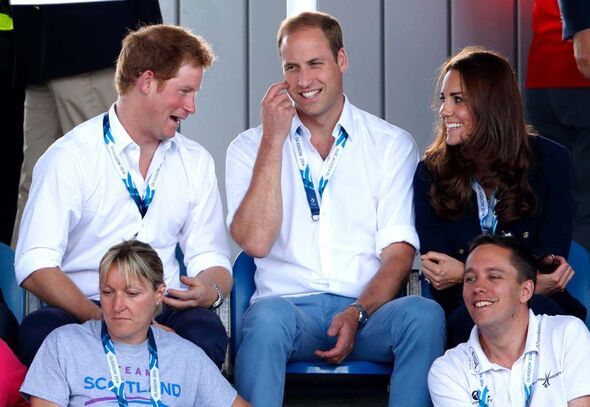 Harry was seen pulling a funny face and striking a pose as his red-faced brother looked on and laughed while his sister-in-law chuckled away.

The trio were also seen singing along to the chorus of the Proclaimers’ ‘I’m Gonna Be (500 Miles)’ track between rotations at the Games.

Later, the Duke of Cambridge was spotted stepping in to help his overheating wife as they cheered on a Welsh swimmer. 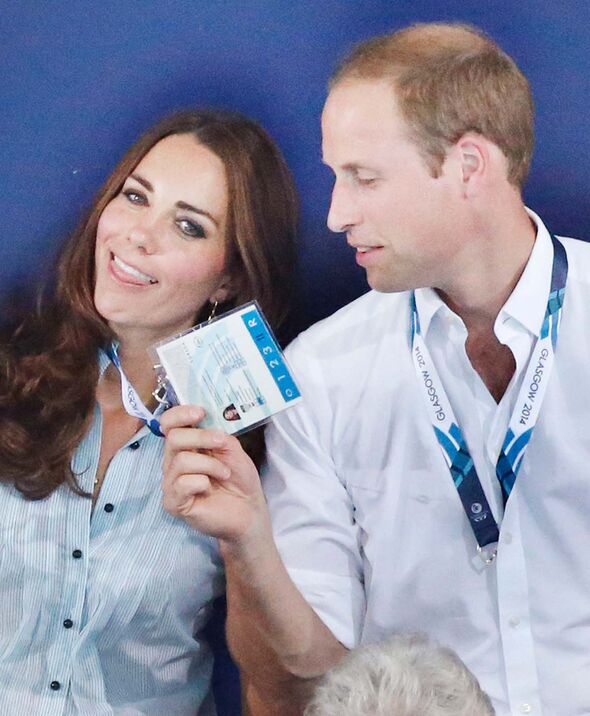 The Duchess was pictured pulling a silly face as she was cooled down by her husband and a poolside official.

And it appears that their comfort at the Commonwealth Games remains eight years later, with the pair seeming more relaxed and able to “blend more into the background amongst the crowds,” according to a body language expert.

He said: “There’s a very clear division in William and Kate’s behaviour when they attend different events.

“If they’re attending as high-profile members of the royal family, such as a charity event or memorial service where they are going to be centre of attention, their demeanour changes compared to when they appear at events such as the Commonwealth Games. 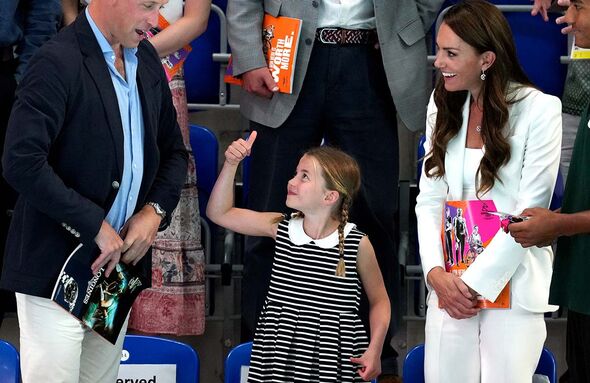 “As spectators, the pressure eases slightly on William and Kate as they can blend more into the background amongst the crowds.”

He continued: “For instance, as they brought Charlotte to the Commonwealth Games, Will and Kate were happy to dress down a little.

“Will had his shirt sleeves rolled up, while Kate dressed more comfortably and neutrally.”

He added: “Of course, eyes are still very much on her and William, but being a part of the crowd allows her to lean away from the spotlight, as she’s not officially on duty as such.”