Zimbabwean businesswoman Chelsy dated Prince Harry on and off for around seven years, before ending it for good over a decade ago. While she and Harry were clearly loved up, she did not get on so well with Prince William’s then-girlfriend Kate Middleton, according to insiders. Royal commentator Katie Nicholl claimed the two women got off to a particularly rocky start.

She claimed Kate offered to take Chelsy shopping, but she declined because they had quite different styles.

Unfortunately, Kate was “offended” by the snub.

Ms Nicholl said: “Although Chelsy gets along well with Kate’s sister, Pippa, whom she occasionally goes out with, she and Kate are less friendly.

“They got off to an inauspicious start when Kate offered to take Chelsy shopping on the King’s Road the last time she was in London.

“When Chelsy, whose sense of style is very different from Kate’s, snubbed the invitation, Kate was said to be offended.” 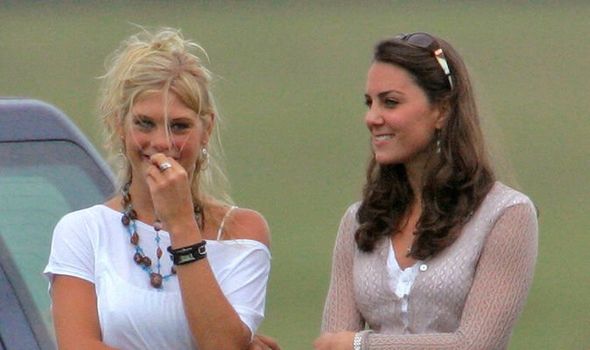 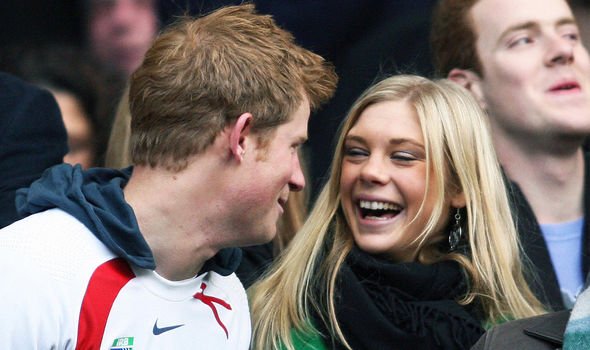 Writing in Vanity Fair in 2010, Ms Nicholl added: “The two girls had always had a slightly frosty relationship.”

The two women are reportedly very different; Kate is known for being careful and conservative, while Chelsy preferred to “throw caution to the wind”.

However, they reportedly connected over a particularly difficult royal event, Peter Phillips’ wedding in 2008.

Ms Nicholl claimed the two royal girlfriends “stuck together like glue” at the high-profile occasion, where they both met the Queen for the first time.

Chelsy was invited to Kate and William’s wedding in 2011, despite not dating Harry anymore, showing that she did form some kind of relationship with the royals. 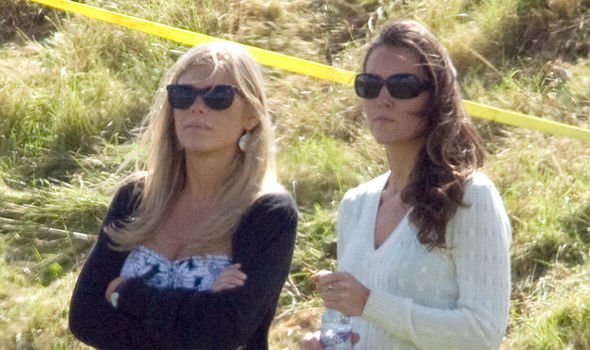 In fact, it was claimed to be this event that cemented in Chelsy’s head that she could never marry Harry.

The “enormity and pomp” of the day hammered it home that royal life was not for her.

Growing up, William and Harry were extremely close and so their girlfriends and wives looked set to spend a lot of time together over the years.

Of course, now Harry has stepped down as a senior royal and moved to the US, they will be spending far less time together than expected. 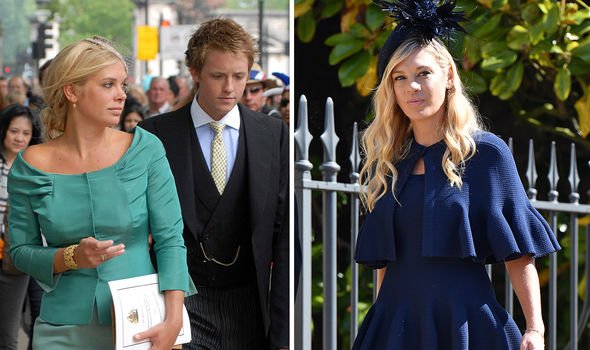 That said, interest in how their wives get on has not waned.

Royal fans have been endlessly fascinated with Meghan Markle and Kate’s relationship after reports that Meghan made Kate cry over flower girl dresses ahead of the royal wedding in 2018.

Talk of a feud between the Duchesses emerged, although it later came out that the feud was between the brothers, rather than the sisters-in-law.

Another twist to the tale came when Meghan claimed in her interview with Oprah Winfrey that the crying incident had happened in reverse – that it had actually been Kate that made Meghan cry.

She said: “A few days before the wedding, she was upset about something pertaining – yes, the issue was correct – about flower girl dresses, and it made me cry, and it really hurt my feelings.

“And I thought, in the context of everything else that was going on in those days leading to the wedding, that it didn’t make sense to not be just doing whatever everyone else was doing, which was trying to be supportive, knowing what was going on with my dad and whatnot.”

Recalling the reports at the time which contradict her version of events, Meghan said: “The reverse happened. And I don’t say that to be disparaging to anyone, because it was a really hard week of the wedding.

“And she was upset about something, but she owned it, and she apologised.

“And she brought me flowers and a note, apologising. And she did what I would do if I knew that I hurt someone, right, to just take accountability for it.”

According to the biography ‘Finding Freedom’, a shopping trip proved a point of contention for Kate and Meghan too.

Co-authors Omid Scobie and Carolyn Durand claimed Kate did not invite Meghan to go shopping with her, even though they were going to the same road at the same time.

The incident allegedly took place in 2017 and is described as one of the first examples that the two women were not bonding.