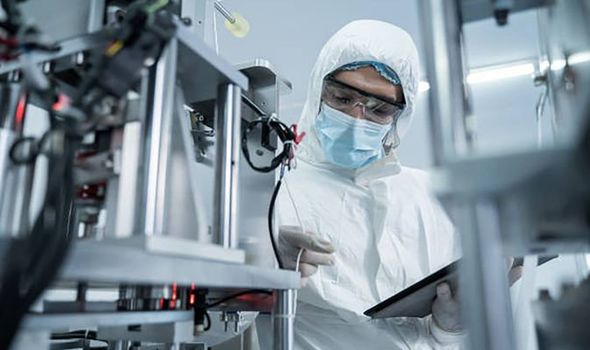 Bosses at Robinson Brothers, which is based in West Bromwich, West Midlands, say they are facing an “unprecedented” challenge to recruit new staff in largely production and engineering roles. Adrian Hanrahan, managing director, said it reflects a national trend which has seen companies in various industries struggle to find skilled workers following the UK’s departure from the EU.

This current scale is unprecedented. Everyone is looking for people

Speaking to Birmingham Live, Mr Hanrahan said: “It is a real challenge. We have raised our salaries and we still cannot find them, but we are a family business and there are limits to what we can do.

“Pre-Brexit and pre-Covid we always had one or two vacancies, but this current scale is unprecedented. Everyone is looking for people.”

Robinson Brothers, which already employs 260 people, has advertised for a Head of Production, Chemical Engineer, Shift Plant Manager and Pilot Plant Technical Operator among other positions.

The wages for each position have been increased, Mr Hanrahan said.

He added: “We have recruitment issues right across the board, I have never had anything like it before.

“What we are struggling with is getting people in full-time posts, and this has been going on for some time.

“It includes everything from engineering and maintenance to research, customer services and production operators.”

The British Chambers of Commerce said a survey of more than 5,600 firms found a majority of those in manufacturing and services reported near record-high recruitment issues.

And more than nine in ten employers in hospitality and catering were having difficulty finding staff, the study indicated.

Jane Gratton, of the British Chambers of Commerce, added: “It’s clear that staff shortages are worsening, impacting on recovery and growth for manufacturers and services businesses alike.

“Recruitment difficulties mean vacancies are left unfilled and firms are struggling to maintain normal operations. While employers are investing more in training, apprenticeships and flexible working practices, this will not improve things overnight.

“Wage pressures and energy prices are also ramping up the cumulative costs and there is a limit to how much more can be absorbed before firms are forced out of business.

“If action is not taken to address the mounting problems revealed by these data, then businesses will also face extreme difficulty in meeting demand and consumers will see further reductions in the goods and services available to them as we progress into winter.”

Businesses – including supermarket, fast food and pub chains – are united in demanding ministers extend the Shortage Occupation List to allow more workers from abroad, including the EU, to fill UK vacancies in critical jobs.

There were around 1.6 million vacancies in the UK at the end of August, and this figure is thought to have risen since.