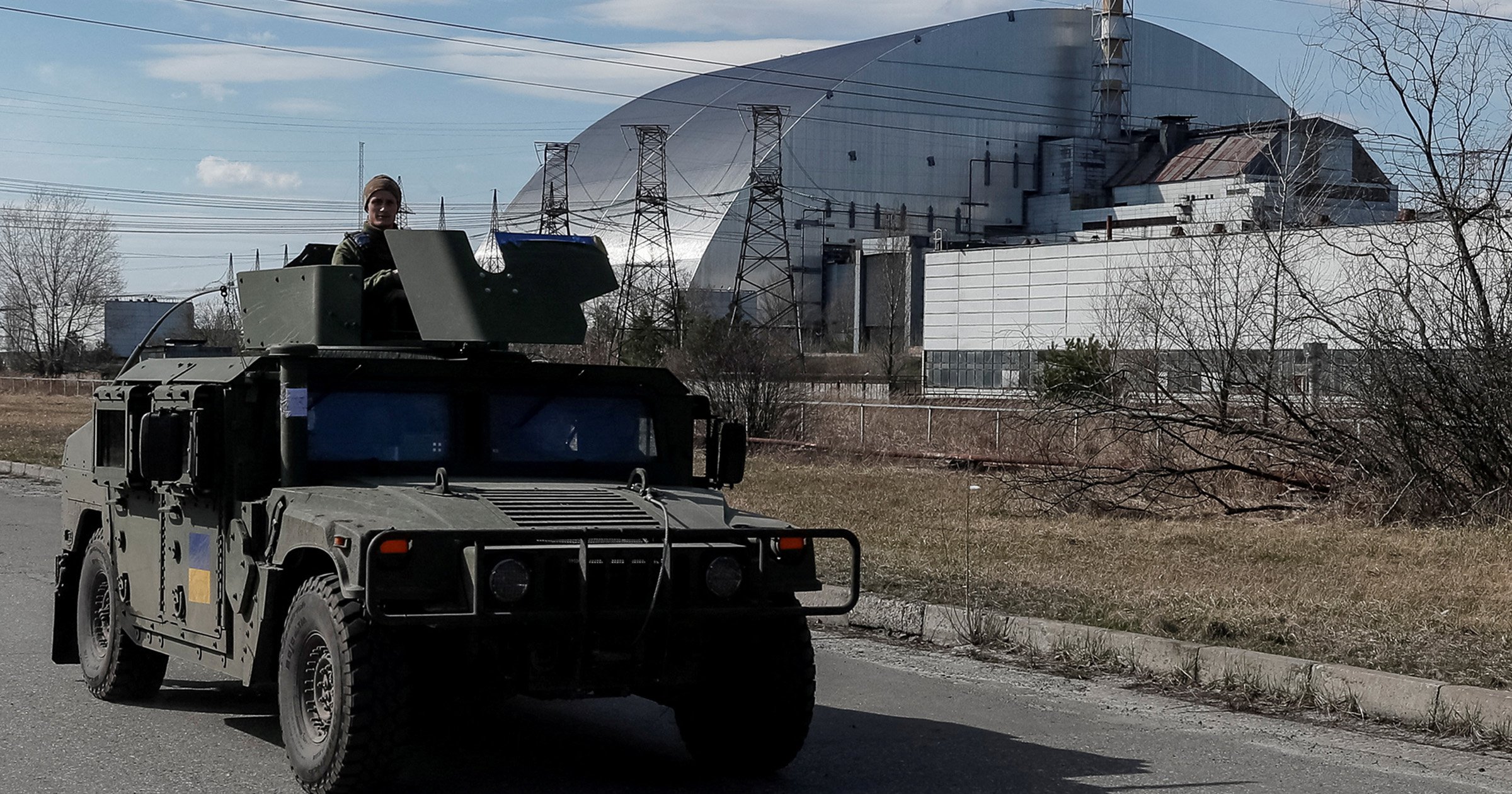 A senior manager at Chernobyl has been arrested after being accused of collaborating with the Russian forces attempting to seize control of the nuclear power plant.

Ukraine’s State Bureau of Investigation (DBR) said it had detained an unnamed deputy head of the facility.

The agency said in a statement: ‘The serviceman fled the station and did not provide physical protection for the facility, which was part of his functional responsibilities.

‘DBR officers are also investigating the possible involvement of the official in carrying out subversive activities against Ukraine. In particular… whether he assisted the Russian military in capturing Chernobyl in late February.’

It added: ‘DBR officers in co-operation with SBU (Security Service of Ukraine) officers conducted searches in the administrative premises of the Chernobyl Nuclear Power Plant.

‘Several searches were conducted at the place of residence of the defendant. Documents and digital media were seized during the investigation.’

Seizing Chernobyl, a three-hour drive north of Ukraine’s capital Kyiv, was one of the Russian army’s key objectives when it invaded on February 24.

Russian tanks entered the plant that same day and took control of the facility, the site of one of the world’s worst nuclear disasters in 1986, for around a month before retreating back across the border.

Not long after they left, reports emerged of troops driving through the highly toxic Red Forest – which got its name when huge swathes of pine trees turned red after soaking up radiation from the explosion – on their way in.

Employees described the soldiers’ actions as ‘suicidal’, saying they had no anti-radiation gear and some had never even heard of the disaster.

One said busloads of Russian troops were being rushed to a special medical facility in Belarus with ‘acute radiation sickness’.

It has been claimed that hundreds forced to dig trenches at the plant face slow, painful deaths due to their exposure to the radiation.

Dr Olena Buntova, a retired biologist living at Chernobyl, asked: ‘How could they have been so stupid?’

She told The Sun senior officers ‘must have cared nothing for the safety of their men’, describing how they were literally surrounding themselves with radiation by digging into the contaminated soil.

Dr Buntova added: ‘In years, they are likely to start paying the price. Once this material enters the body it never leaves.’

Engineer Alexander Skirta told the newspaper: ‘Putin’s commanders might as well have ordered these men to dig their own graves.’

He said there is more radioactive material as you dig deeper because it sinks into the ground, with the risk of radiation levels rising the more you disturb the earth.

Mr Skirt added: ‘These animals came here to terrorise people so I have no sympathy for them. They deserve to suffer – and in the years to come, they will.’