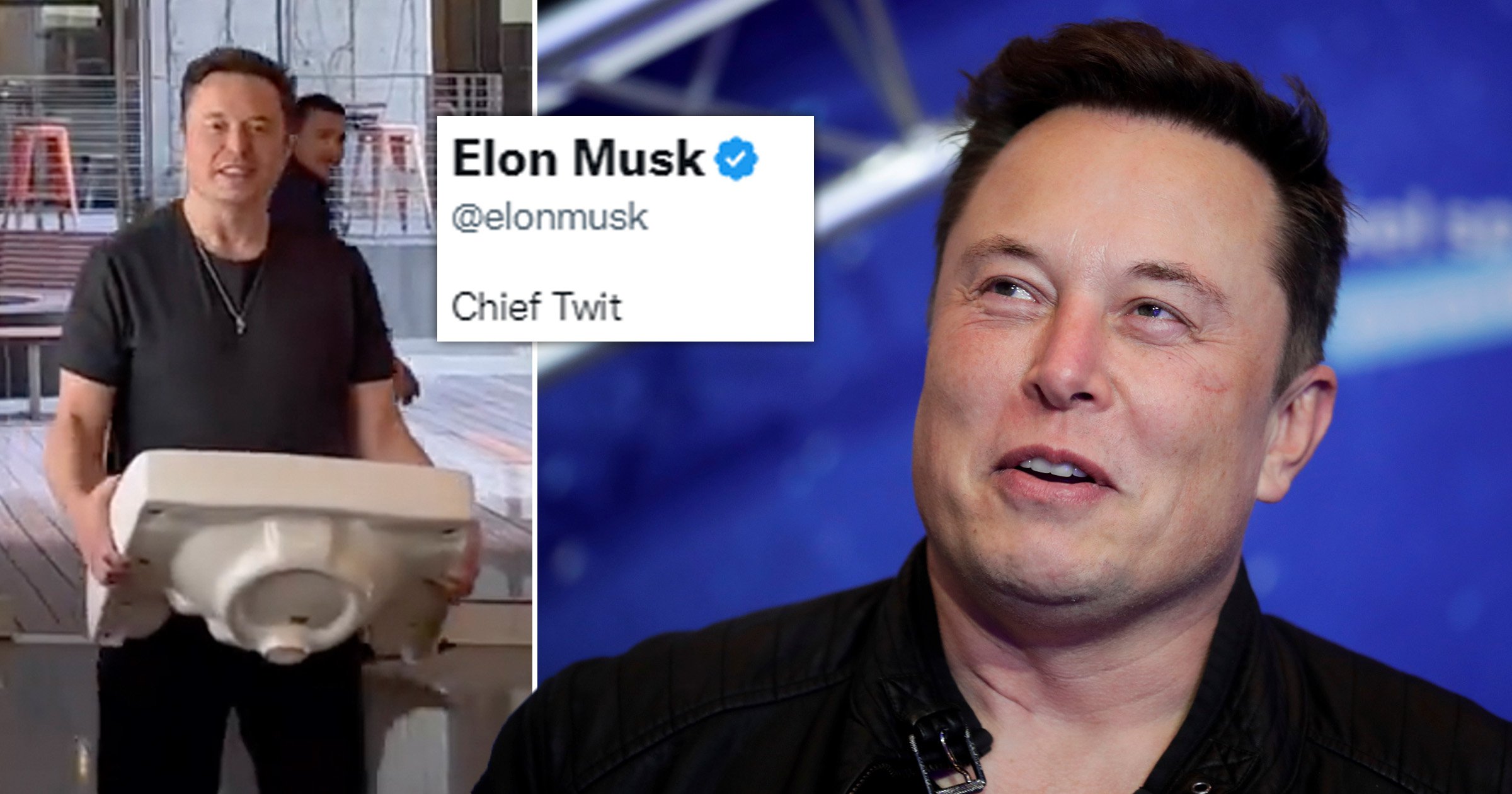 Musk, 51, also changed the location of his profile to ‘Twitter HQ’.

The world’s richest man on Wednesday tweeted a nine-second video of himself holding the sink and walking through the lobby with a huge smile.

A judicial ruling requires him to finish the purchase by Friday.

Should the deal close, it would put an end to the monthslong Twitter saga. Musk agreed to purchase the social media company in April, but backed out just weeks later. Twitter proceeded to sue Musk to try to hold him to the deal contract. The case was set to go to trial this month, but Musk then expressed interest in following through with the acquisition.

A Delaware Chancery Court judge delayed the trial date and set a 5pm deadline on October 28 to seal the deal.

Over the past three weeks, Musk has been wrapping up financing for the purchase including $12.5billion in debt from investment banks.

Musk is scheduled to speak to Twitter employees on Friday, an internal memo from the company’s chief marketing officer Leslie Berland indicates.

Berland on Wednesday encouraged Twitter employees to speak with Musk if they saw him in building.

‘If you’re in SF and see him around, say hi!’ wrote Berland in an email obtained by The New York Times.

Musk has said he will make Twitter a private company, work on its subscriptions and do some layoffs.