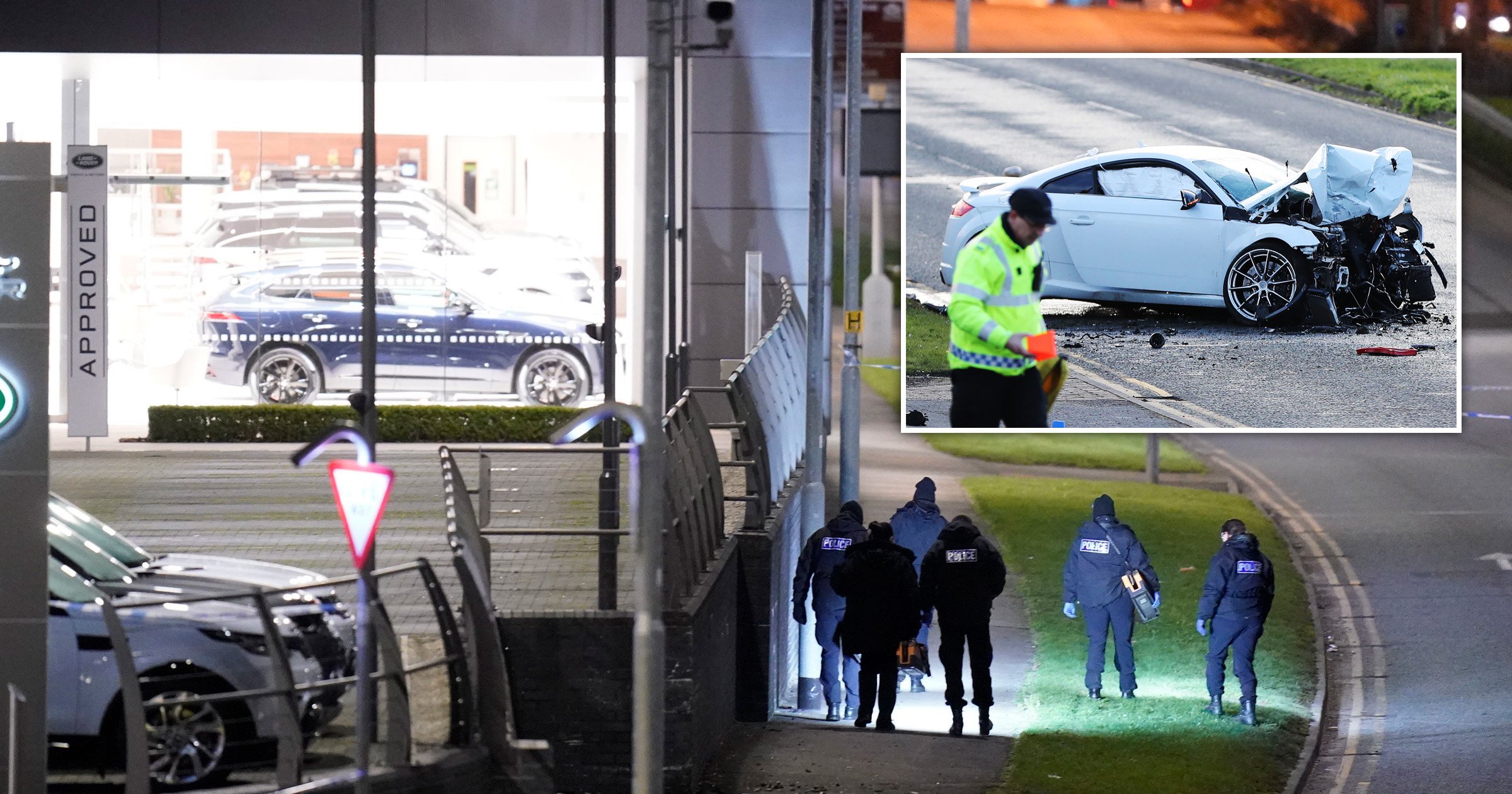 A woman and a child have died after an Audi hit pedestrians before crashing into the wall of a Jaguar dealership.

A man said to be the driver has been arrested following the ‘tragic incident’ in Leeds on Monday morning.

Officers were called shortly after 8.30am to the Vertu Jaguar Leeds dealership in Scott Hall Road.

The woman and child were found injured at the scene after the vehicle collided with the wall. Both died a short time later.

The driver of the Audi is being treated for injuries which are described as serious but not life-threatening.

Anyone who witnessed the disaster has been asked to come forward to West Yorkshire Police.

Detective Inspector Paul Conroy said: ‘This is an absolutely tragic incident, and we are working to support the family of the woman and child involved.

‘We have already spoken to a number of witnesses but are keen to speak to anyone else who has witnessed the collision itself or the events leading up to it.

‘We would also ask anyone who was in the area around the time of this collision to check their dashcam footage.’