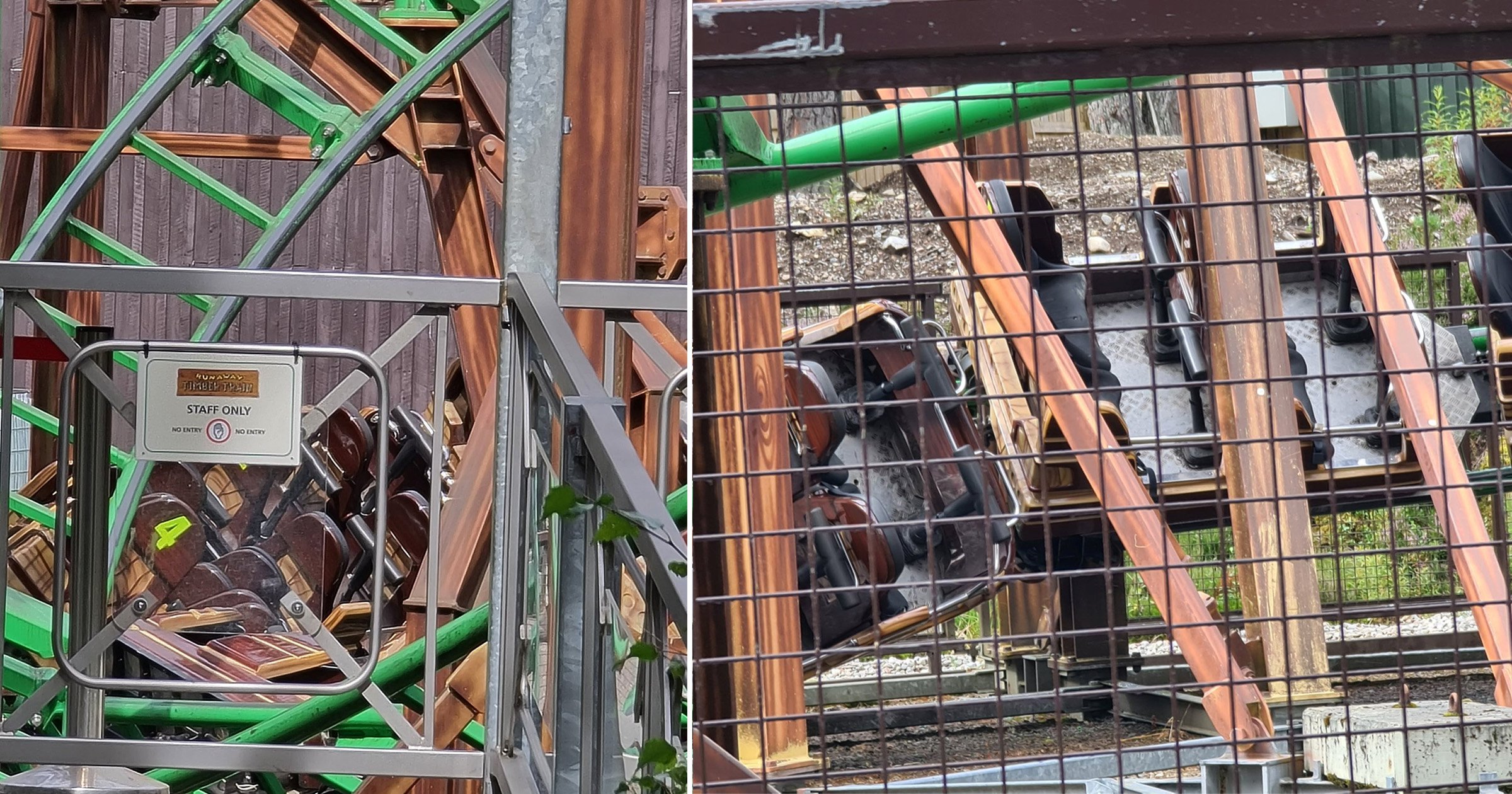 A rollercoaster has come off the tracks at a theme park leaving two children hurt this morning.

Emergency services rushed to Landmark Adventure Park in the Scottish Highlands around 11.30am after a carriage on the ride suffered a mechanical failure.

The rollercoaster is believed to be the Runaway Timber Train, according to reports.

The park is said to have been ‘packed’ at the time of the incident with frightened visitors said to have run away after hearing a ‘crash’.

The two children suffered minor injuries and were treated at the scene, in Carrbridge, Aviemore.

Six other people were assessed by paramedics on scene, it is understood.

According to The Scotsman, a source said: ‘Landmark adventure Park rollercoaster just derailed.

‘Park was packed, we heard a crash, most people were running away.

‘We ran over to see if help needed.

Police Scotland said in a statement: ‘Around 11.30 this morning, police and emergency services were called to a report that a carriage from a rollercoaster had suffered a mechanical failure at an adventure park in Carrbridge, Aviemore.

‘Two children sustained minor injuries and were treated at the scene. Police are still at scene and inquiries are continuing.’

The Scottish Fire and Rescue Service was called out around 11.37am and sent specialist resources to the theme park.

A spokeswoman said: ‘We were alerted at 11.37am to support a multi-agency response at the Landmark Adventure Park, Carrbridge.

The Scottish Ambulance Service also confirmed they attended the scene.

‘We dispatched three ambulance crews, Basics GP, the Pict (Pre-hospital Immediate Care and Trauma) team and our special operations team to the scene,’ a spokesperson added.

Riders were forced to climb down from the top of Britain’s highest rollercoaster, the Big One at Blackpool Pleasure Beach, when it broke down in April.

Weeks later, dozens of thrill-seekers including a five-year-old boy had to be rescued when another ride at the same theme park, the Grand National, broke down.