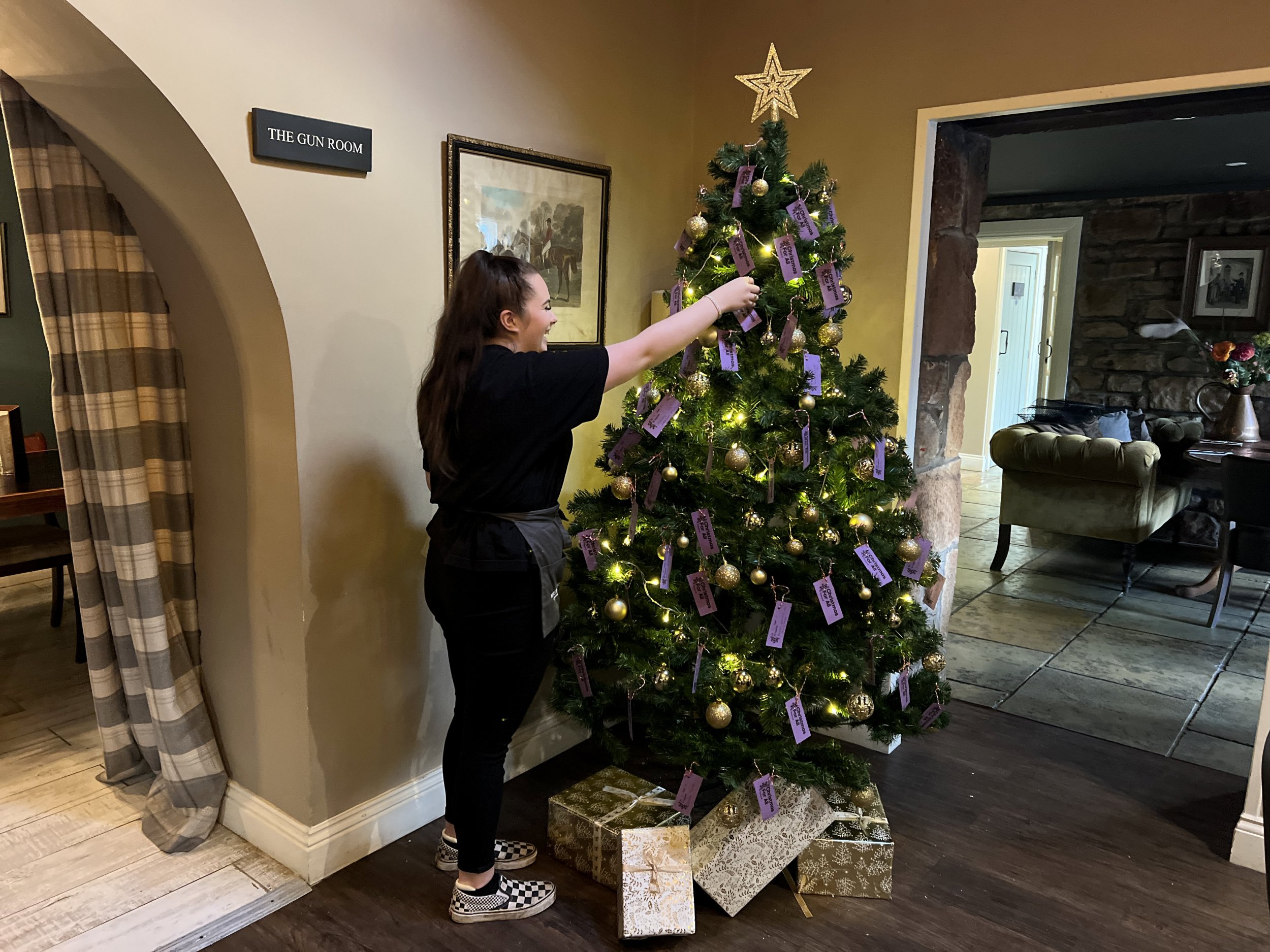 The heart-wrenching impact of the cost-of-living crisis has been laid bare by the modest Christmas wishes left on a pub’s Christmas tree.

Landlords of the Percy Arms in Chatton, Northumberland, were left ‘shaken’ after they invited downtrodden kids to write letters to Santa Claus.

The go-to asks from Santa like new toys and video games weren’t the kinds of wishes pub staff received from local children.

And what they wished for above else was harrowing. One child dreamt of ‘clean clothes’ while another said he was used to getting ‘nothing’ for Christmas.

As part of a regional Christmas initiative, pubgoers were invited to pick up the wishes written on tags hung on a Christmas tree and buy them a present.

A 15-year-old girl said: ‘A present for my dad. He’s sad since my mum died and not in a good place.’

While a six-year-old girl said she wanted: ‘Something to make with mammy.’

Another note, written on behalf of a 17-year-old boy, simply said: ‘Anything, as he’s used to getting nothing.’

The pub, part of The Inn Hospitality Group portfolio, teamed up with Bedlington-based community organisation Christmas For All.

The Inn Hospitality Group co-founder Oliver Bennet said the children’s requests ‘had shaken each and every one of us to the core’.

He added: ‘You can read about hardship and food banks and poverty.

‘But to see, written down in black and white, young children asking simply for some clean clothes for Christmas – well, that really hits you.

‘And many of them – despite having so little themselves – put others’ happiness before their own.

‘That’s the real spirit of Christmas isn’t it – and it’s heartbreaking that it’s taking children to remind us of that.’

Christmas for All is looking for gifts for more than 2,000 underprivileged children in southeast Northumberland alone.

Some of the children have been referred to Christmas for All by other similar services, local authorities and the families themselves.

And they have a big reason to: Inflation. This is the loss of purchasing power over time, meaning people’s pennies aren’t going as far today as they did yesterday.

Prices rose by an eye-watering 11.1% in the year to October, the Office for National Statistics said.

Energy costs are one of the biggest drivers of consumer prices, with the agency saying prices alone have leapt nearly 130% higher over the past year.

Families might also have to get used to the feeling of sticker shock when it comes to food – groceries like eggs and dairy have swollen 12.4% since last November.