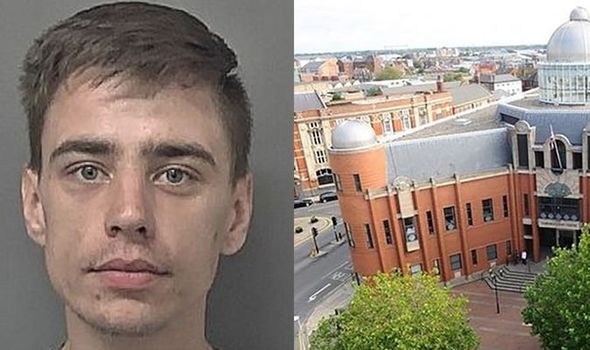 McCauley Caldeira, 25, committed the “horrifying” attack on the kids’ grandmother after his “mind opened” when he watched videos of Mike Tyson, Elon Musk and Albert Einstein. The thug also bit the victim’s leg and ordered his Rottweiler to kill her, reports Hull Live.

A court heard Caldeira shouted “this is my f****** house and my f****** kids” during an aggressive showdown with the gran. The victim suffered leg and chest injuries after the ordeal.

Thankfully, she had been wearing a thick coat when he lunged at her and, although causing wounds, this prevented a more serious injury.

Caldeira was jailed for six years and nine months for threats to kill, wounding with intent, assault occasioning actual bodily harm, affray and assault of an emergency worker.

Sentencing the father at Hull Crown Court, Recorder Brooke QC described the incident as “a horrifying situation” and that it was “pure luck” that the children’s grandmother was not seriously injured.

The judge heard Caldeira had been in a “turbulent” relationship with his girlfriend for seven years and continued their relationship until a month before the incident when she discovered he was taking spice.

The couple were not living together but Caldeira went to stay at her home in Botanic, Hull, for a few days on August 26 last year where it was noted he was “acting strangely throughout the night and into the following morning”. 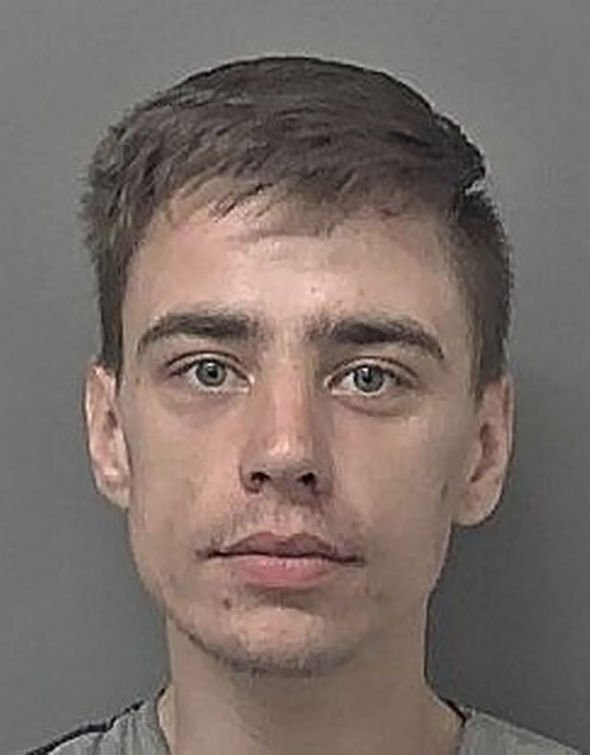 And he flew into his callous rage the next day, attacking his victim with a six-inch blade.

Michele Stuart-Lofthouse, prosecuting, said: “She was in the kitchen with her daughter and two grandchildren when the defendant came into the room and then ran outside.

“He lunged towards her stabbing her in the back. She was of course terrified thinking this was going to be the last time she would see her family.

“She could see her grandchildren crying hysterically.”

Caldeira ordered his dog to kill the woman.

“F****** attack her, f****** kill her,” Caldeira shouted until the dog let go and his partner managed to take the knife out of his hand, cutting her finger in the process. 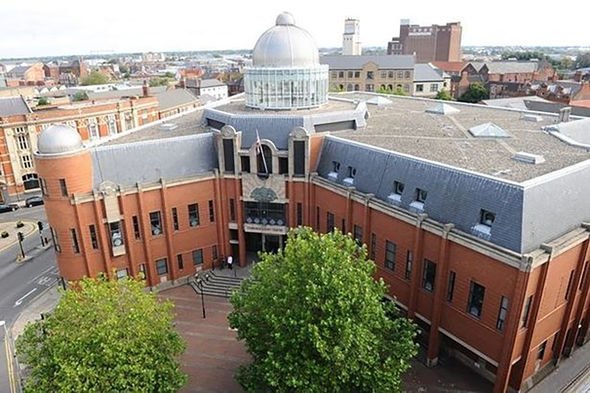 He then left the house by the back door before he was locked out by the rest of the family who ran upstairs and barricaded themselves in a bedroom, pulling a wardrobe down behind the door.

Whilst outside, a 15-year-old boy walked past the house as Caldeira was shouting in the garden with no top on and the dog running around in the street “out of control”.

As the boy walked past Caldeira shouted to his dog “that’s them you are looking for, get them”.

The boy managed to shake the dog off of his left arm before Caldeira punched him in the face, causing bruising and swelling,” Ms Stuart-Lofthouse added.

“When he was interviewed he wanted to know what other statements were provided and said ‘you tell me what they said and I will tell you what I know’.

“He said his mind opened when he watched videos of Mike Tyson, Elon Musk and Albert Einstein and understanding his Theory of Relativity.

“When he was asked about saying he loved the earth he denied taking drugs to make him feel like this and that he was not sure why they were stopping him from getting inside the house.

The defending lawyer said: “He has struggled to believe that he could have picked up a knife in front of his young children to a person he loved. He can’t explain why this situation happened and he can’t understand how he could have behaved in such a manner to those he loved.

“He says ‘I feel sick that it happened I’m ill thinking about it’. There is no doubt that this young man is a good father to his two children. He loves them dearly.

“He has struggled with narcotics for a long time. What he will say is that he will not want to touch drugs again. He doesn’t want to be dependent on them as he has seen the harm they can do.”