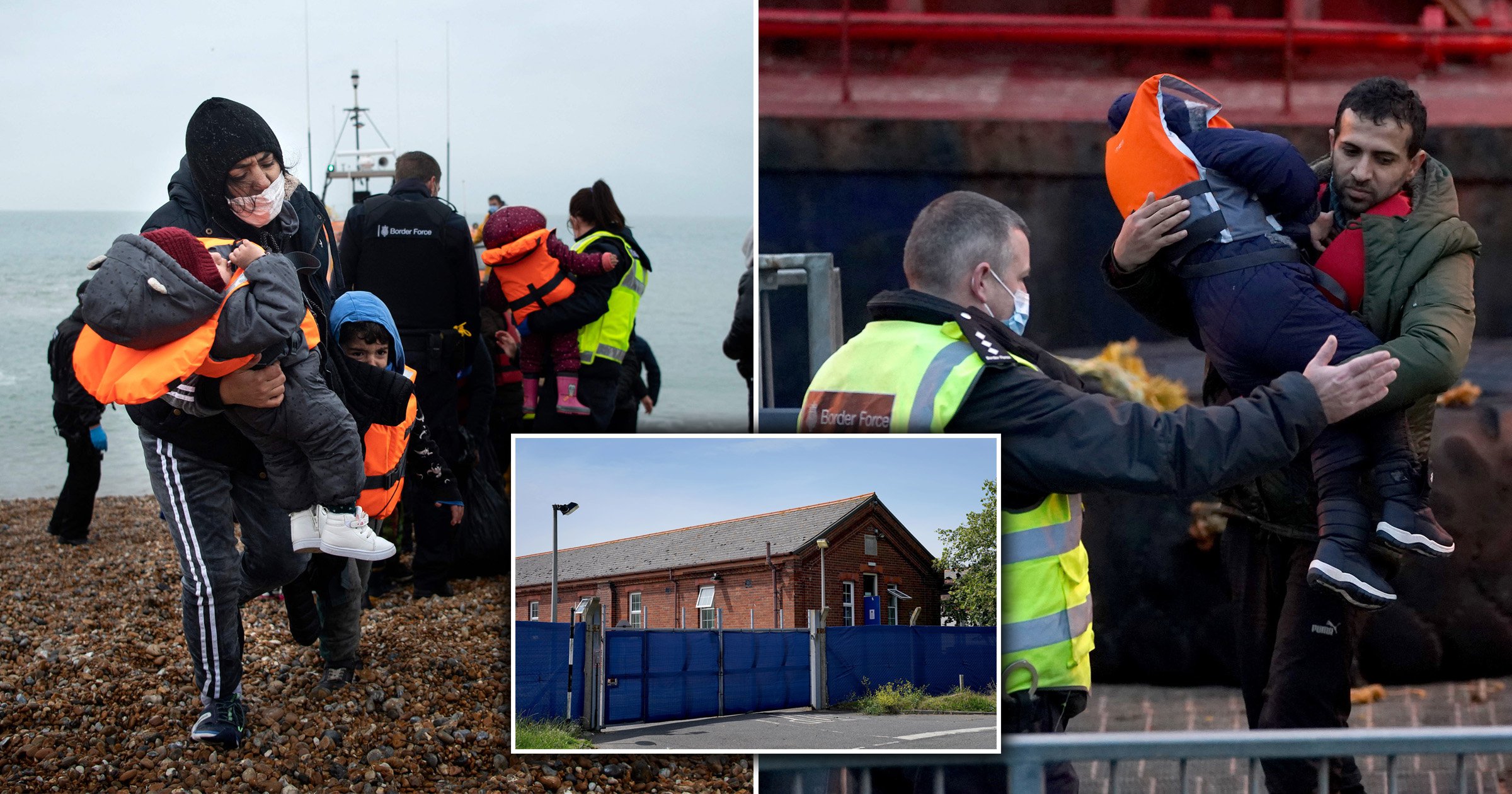 Migrants are still being held in ‘very poor’ conditions after arriving on the Kent coast despite Home Office assurances of ‘significant improvements’, according to inspectors.

Women who reported being raped by smugglers were ‘not adequately supported’, and lone children were regularly being held with unrelated adults, findings published on Thursday said.

A separate assessment of conditions found that injuries, including serious burns, were not detected by staff or properly treated.

Both the Inspectorate of Prisons and the Dover and Heathrow Independent Monitoring Boards (IMB) – made up of volunteers tasked by ministers to report on conditions – visited migrant detention facilities in the last three months.

Chief Inspector of Prisons Charlie Taylor said: ‘Our last inspection in September 2020 found that these facilities were badly equipped to meet their purpose.

‘Following that inspection, we were assured by the Home Office that rapid action would be taken to improve both strategic planning and the conditions in which detainees were held.

‘However, despite some limited progress, detainees, including large numbers of unaccompanied children, continued (in 2021) to experience very poor treatment and conditions.

‘It is unclear why there had been such delays following the assurances that we were given by the Home Office after our last inspection.

‘Leaders told us of difficulties in co-ordinating the various partners whose co-operation was required, but this was not a sufficient explanation for why, one year later, we still found people being held for even longer in conditions that were so inadequate.’

National IMB chairman Dame Anne Owers, who was so concerned by the findings from her counterparts in Kent that she raised them with Home Office ministers, said: ‘It is clear that urgent action is required.’

The findings described families with young children among the many to spend more than 24 hours in tents when arriving at the initial processing area in Tug Haven, Dover.

There were ‘significant’ safeguarding concerns over unaccompanied children being ‘regularly held together’ with other men, women and families in the same area.

According to the findings: ‘Inspectors were concerned by inadequate follow-up care for two women who said they had been raped and another who said she had been sold into domestic servitude.’

IMBs visited Tug Haven on the ‘least busy day’ between October 8 and 11 when 400 people slept there overnight. They raised concerns over:

– Children, including toddlers and babies, as well as potentially vulnerable adults, being held at Tug Haven overnight.

– An ‘increasing number of injuries among migrants’, including fuel burns, cuts and bruises on feet, which were not noticed at Tug Haven and also could be missed at Kent Intake Unit (KIU) and Frontier House, where migrants are later taken. Highlighting one case, they said a ‘16-year-old girl who had fuel burns on her legs and had been at Tug Haven for two days wearing wet clothes did not have her injuries detected until she was admitted to the KIU. By this time the seam of her clothes had become embedded into the burns and a medic reported that the girl was likely to be scarred for life’.

The findings also raised problems with those then moved to the Heathrow Immigration Removal Centre (IRC) which ‘lacked either the infrastructure or staff’ to support the arrivals.

IMBs found on one night, four coaches arrived and detainees had to sleep on the floor without proper sanitary arrangements. They described the conditions as ‘unacceptable and degrading but unavoidable, given the lack of regard to the centre’s ability to process arrivals’.

A Home Office spokesperson said: ‘Last month’s tragedy is a devastating reminder of the dangers of Channel crossings and that’s why we are overhauling our broken asylum system to protect lives and ensure people smugglers can’t profit from this crime.

‘We take the welfare of people in our care extremely seriously and since these inspections we have continued to improve facilities and are opening new secure facilities.

‘The New Plan for Immigration is the only long-term solution to reform the system and build one which is fair on those who play by the rules, and firm on those who do not.’