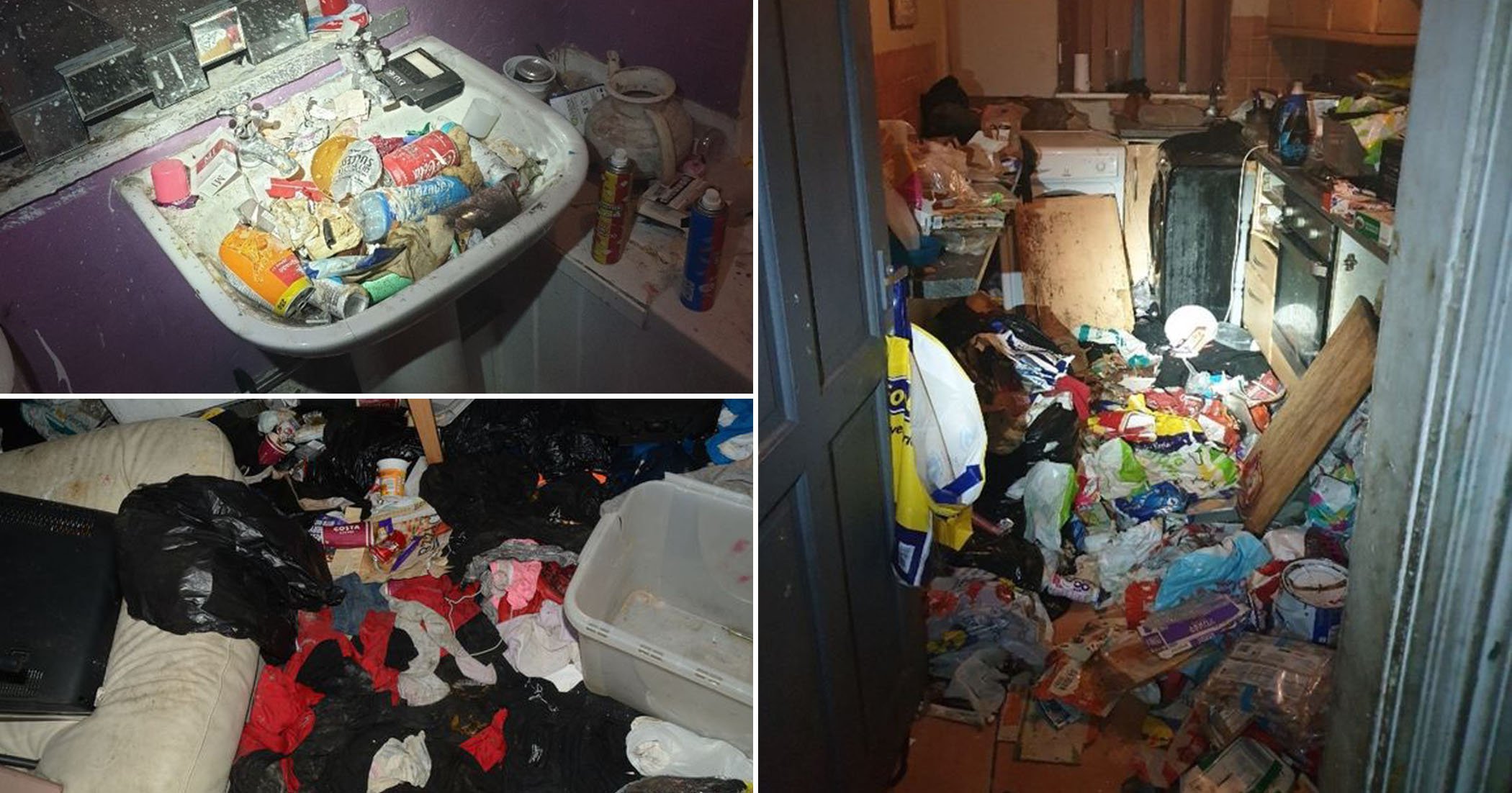 Shocking photos show the ‘filthy and vile’ conditions in which six children had to live after their parents let the home deteriorate into something ‘more reminiscent of the Victorian slum era’.

The parents, who cannot be named for legal reasons, were arrested after officers were called to the address, in the Wirral, on unrelated matters earlier this year.

Prosecutor Trevor Parry-Jones told Liverpool Crown Court they were confronted with what ‘could only be described as a scene of unutterable squalor’, adding: ‘The officers perhaps generously described it as disgusting.’

He said they recalled the bathroom being left in an ‘almost unbelievable condition’, with the tub ‘used as a refuse tip’ and the toilet ‘filthy’, having ‘not been cleaned for some considerable time’.

Rubbish was ‘strewn’ throughout the house, the children’s bedrooms and bunk beds were ‘disgusting’ and dog and rat mess covered the floors.

One of the rodents responsible was found lying dead inside one of the youngster’s drawers, the court heard.

Mr Parry-Jones said the waste-covered staircase posed both a trip and fire risk, while some of the plug sockets had completely ‘burned out’.

He read a statement from one of the children, who said the house was ‘an absolute dump’ and ‘not fit to be lived in’, the Liverpool Echo reports.

They described how there was no running water, rubbish everywhere and ‘dog poo all over the place’, which was ‘disgusting’.

They child said the house had been that way ‘for a long time’ and ‘no one should be living there’, adding: ‘I would say both my parents are to blame for these conditions. We just need help.’

The parents both admitted offences of child cruelty and will be sentenced in December.

Judge Andrew Menary QC demanded further information on the children’s welfare and the action taken to protect them after hearing social services were first made aware of issues at the address a decade ago.

The court heard checks were first made about the state of the home in 2010, while police told the authorities it was ‘unhygienic and dirty’ after visiting in 2013.

Charity workers described it as ‘very poor’ in 2015 and police similarly remarked that it was ‘not dirty but poor’ two years later.

Two further police visits followed in 2018 after which ‘police expressed concern to social services about the living conditions’.

Mr Parry-Jones said that officers said the house was ‘in poor condition, there was a layer of dirt, no washing facilities, rubbish and mouse droppings and the bath is full of used sanitary products’.

He added: ‘As a result of the police passing that information on, a child social care worker attended and didn’t assess the conditions as bad.’

But ‘fortunately’ the incident this year bought officers back to the house, the prosecutor said.

Christopher McMaster, defending the mum, said at one stage social services working with a charity had offered support.

He said: ‘I’m told that assisted a lot, but the funding was cut and the support was taken away.’

Frank Dillon, defending the dad, accepted the way the conditions in the house had been described.

But he added: ‘The other side of that coin is how can statutory systems, which are supposed to intervene in these circumstances, so fail these children?’

He said the defence required ‘chapter and verse’ about the involvement of the authorities because while his client accepted his responsibility, ‘chances were missed’.

Judge Menary said: ‘It’s surprising if social services paid a visit to this house for a fleeting moment, they wouldn’t have concluded something was seriously wrong.’