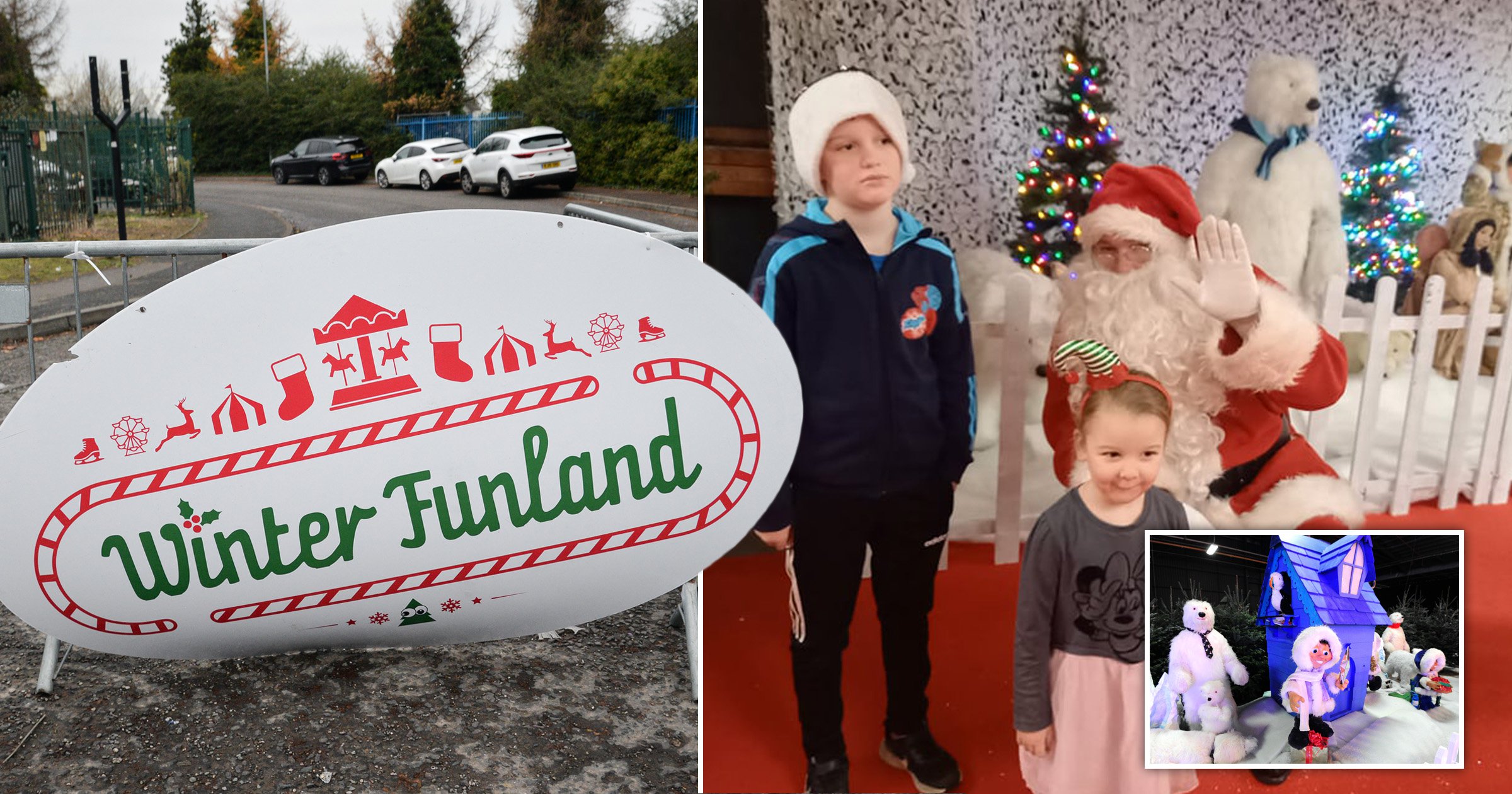 Christmas fairs can sometimes be a hit-or-miss – but this one seems to have really missed the mark, with visitors blasting it as an ‘extortionate s*** show’.

Guests at Winter Funland at Trafford’s BEC Arena in Manchester were promised a festive extravaganza with ‘limitless, adventurous rides’, painted to be ‘the best in the UK’.

Instead, people have complained of rides with missing parts, limited food and drink options, and £10 to park.

With adult tickets costing £18.50 and family tickets at £70, furious parents are now demanding their money back, arguing the experience was nothing like what was promised.

Anna Fray was looking forward to taking her seven-year-old son Oscar and three-year-old daughter Caitlyn to the winter fair over, but she said their experience was ‘a huge disappointment’.

The family even missed an hour and 40 minutes from their session because of problems with parking and lengthy cloakroom queues.

She said: ‘Where do I even start,’ she said. ‘What a s**t show it was. The whole event from start to finish was a joke, I’m so annoyed.

‘The Ferris wheel stopped with my children on and the man running it didn’t seem to know how to work it.

‘Some of the rides were visually missing parts. Cars had wheels missing.

‘My children got on a small roller coaster, the man didn’t set it off after strapping them in, he walked off to go and get a drink leaving them strapped in the ride for close to 10 minutes.

‘On another ride, the jumping jack, my children was on it and the man set the ride off and left. One of the other children on the ride was very upset crying to get off but the man operating it was nowhere to be found.

‘The circus was shocking, I’ve seen better street acts. They had no microphone so we couldn’t hear a thing they was saying.

‘There was one side carnival game thing that shoots water, it was leaking all over the floor.

Currently, Winter Funland has been limited who can comment on some of their posts.

But bosses insisted that all its rides ‘are of the highest standard with regular rigorous checks by our health and safety officers’ and that ‘at no time has a ride been left without an operator during a live session’.

They also said its social media team ‘periodically turn comments off when we feel we are being unfairly trolled by a very very small minority of people that have a grievance’.

The company, which also runs a similar event in Birmingham, promises ‘a winter wonderland’ with ‘a fabulous indoor funfair’.

But Fran Neylon, who splashed £91.50 on tickets for herself, her partner, and three children, aged six, 12 and 14, revealed they left after only 25 minutes as there was very little for the older ones to do.

She said: ‘The kids had more fun sat in the car than the actual ‘gigantic indoor funfair’.

‘When we were walking in a family was coming out and stopped their car and said we’ll be very disappointed, as they’d lasted 10 minutes and walked out.

‘Apart from the dodgems, the only rides there were only suitable for children under six. We were expecting what it was like at the EventCity as it didn’t explain there would be less rides and smaller age range rides.

‘We were just shocked how small the event was compared to what we have been used to. Honestly felt like it was such a disorganised event with no thought at all going into it.’

Another dissatisfied visitor was Hayley Gilman, who bought tickets for her eight-year-old daughter, 10-year-old son and his friend of the same age.

‘We have put a huge effort into making the event feel really Christmassy with more decorations, more walkabouts and our resident elves causing mischief and we know this has bought a lot of joy to families.

‘Thousands of families are having an amazing festive time so we are sorry to hear some have not enjoyed the event as much as previous years.

‘Customer safety is always our number one priority and Covid-19 checks taking place at the entrance will mean a small wait time.’