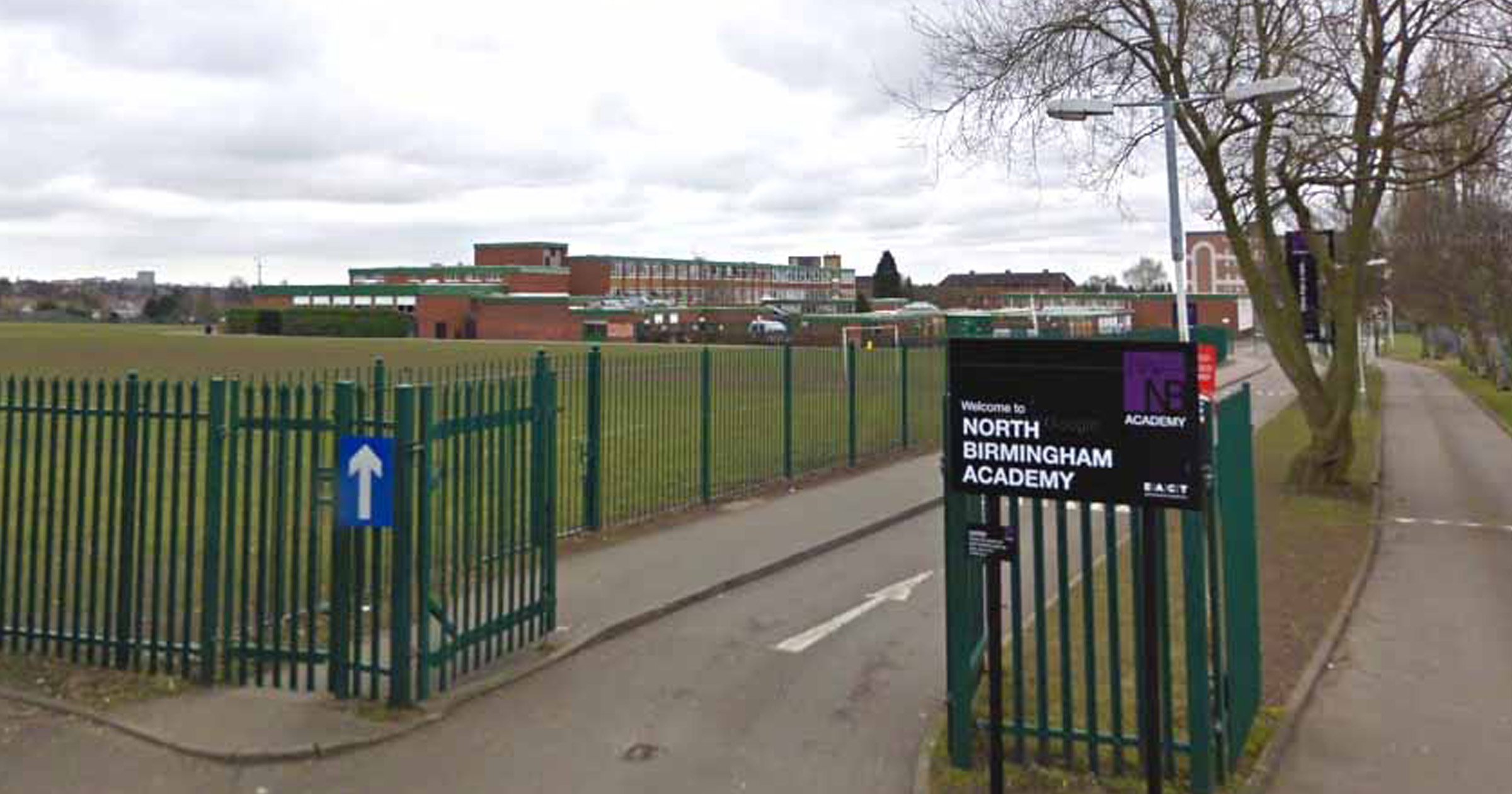 Children were forced to hide under their desks when a group allegedly carrying a knife ran onto the grounds of their school.

Armed police swarmed North Birmingham Academy during the tense incident at 9.30am this morning.

Three teenagers were arrested on suspicion of possession of a blade.

One parent told Birmingham Live that kids as young as 11 were ordered to sit on the floor in their classrooms as the site went into lockdown.

There were no reports of injuries and pupils returned to their lessons after.

A spokesperson for E-ACT, which runs the Academy, said: ‘Following an incident in the community, earlier today NBA went into lockdown in line with the academy’s procedures.

‘The police were in attendance and the issue was resolved quickly.

‘Thanks to the rapid response of our staff in managing the situation, no students were at risk, and the normal day resumed quickly with students returning to their lessons.’

A spokeswoman for the police force said: ‘We were called to reports of three young men seen with a knife in Warren Road, Kingstanding, Birmingham, at just before 9.30am today (Tuesday).

‘Officers attended and as we searched the area some of the young men ran into the grounds of North Birmingham Academy in College Road.’

An investigation has been launched and the three suspects remained in police custody this afternoon.