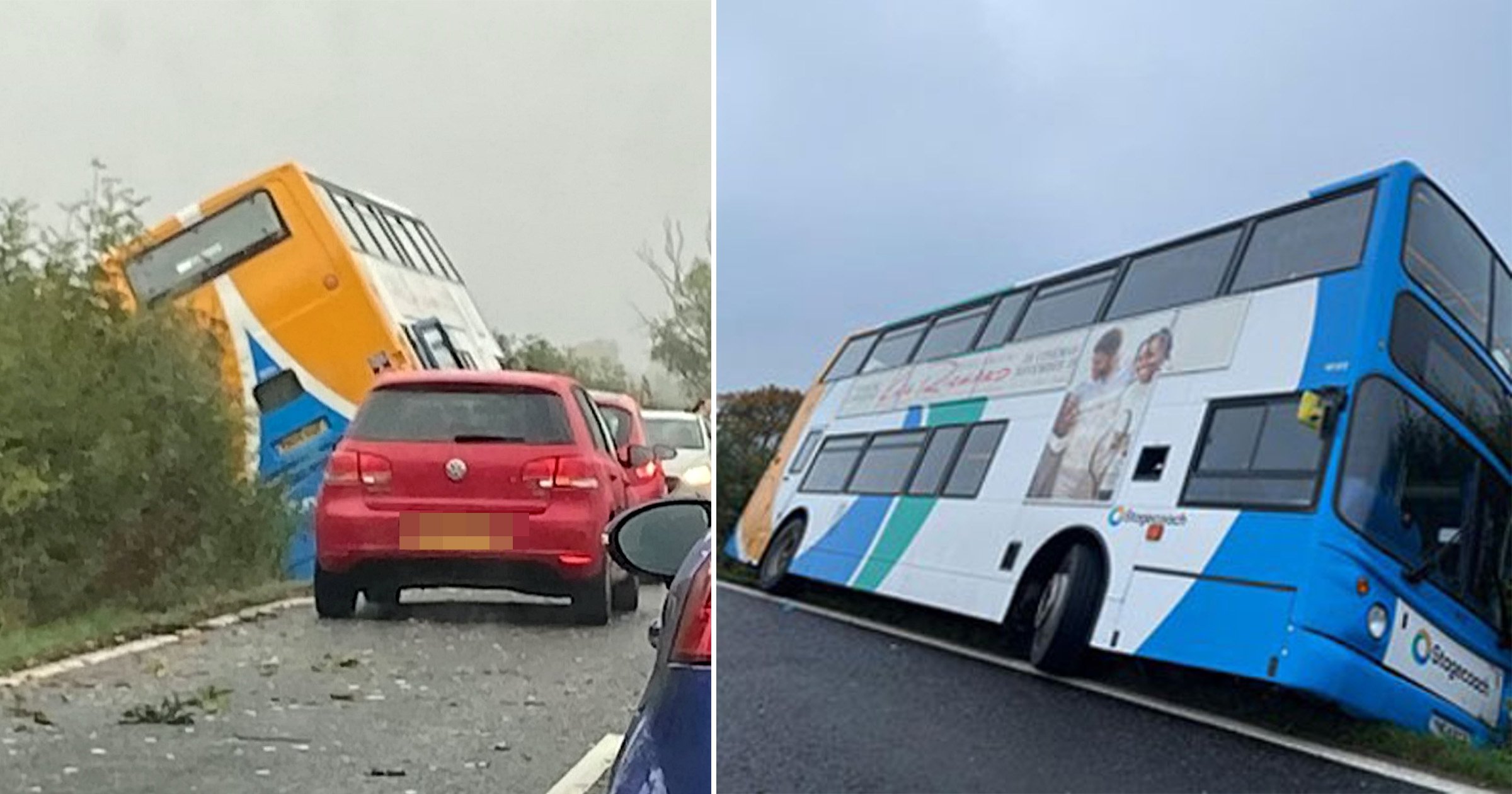 A child suffered a broken arm and another was taken to hospital as a precaution after a school bus crashed on a country road.

Sixty children from several local schools were on board the double decker when it careered into a ditch on Meadow Lane near North Hykeham, Lincoln.

Images on social media show the bus wedged at an angle on the side of the road, with traffic piling up.

‘As we understand it, the vehicle’s passenger side has gone on to a soft verge and slid against a hedgerow,’ he said.

Children were said to be left trapped and ‘screaming for help’ following the incident.

One witness told The Sun: ‘I was about five cars back and I knew something was wrong because I could see the top of the bus weaving all over the place.

‘The bus almost collided into another car but the driver managed to steer it into the ditch. I thought it was going to topple over.

‘All the cars stopped and I got out, it was pretty scary because all you could hear were the kids screaming for help.’

Many drivers got out of their cars to help pull the children to safety, and said most were left with only bruises.

Police urged parents to stay away from the scene and asked them to gather at St Christopher’s School, where an emergency triage centre has been set up.

St Christopher’s is a special school for pupils with learning difficulties and is located six miles from where the crash happened. It is not yet known if any of their pupils were on the bus.

According to Lincolnshire Live, the incident happened on the 544 Stagecoach bus and pupils from Sir Robert Pattinson Academy were among those on it.

An email sent to parents from the head teacher said: ‘Thank you to those parents who have called in. The emergency services have notified the academy that all our children are being taken to St Christopher’s School for triage.

‘We have been notified that our children have not sustained any serious injuries. Our senior team are currently on the scene.’

‘Meadow Lane and Brant Road were closed as a result to allow emergency services to deal with the incident. A 12-year-old boy sustained a broken arm during the incident and a 14-year-old girl was taken to hospital as a precaution.

‘Parents and guardians were advised against travelling to the scene and to make their way to St. Christopher’s School on Hykeham Road as the arranged rendezvous point.’