Chilling CCTV footage has been released showing the moment a solicitor walked into Sainsbury’s and began injecting food with his blood, as jurors consider whether he was insane at the time.

Leoaai Elghareeb, 37, wandered into three stores in Fulham, west London, carrying a bucketful of hypodermic needles and jabbed at products including apples and chicken tikka fillets.

He also hurled a syringe at a doctor who was lucky to avoid any injury when it bounced off her.

The three supermarkets – Sainsbury’s Local, Tesco Express and Little Waitrose – had to bin all the products on their shelves as a precaution, costing them nearly £500,000 in losses.

They recovered a total of 21 syringes during the deep cleaning processes.

There is no dispute Elghareeb carried out the offences. His defence is that he was, in the legal sense, insane at the time they were committed.

He denied three counts of contaminating goods and two counts of assault and a jury at Isleworth Crown Court was sent out to consider its verdicts by Judge Alistair Hammerton on Tuesday. 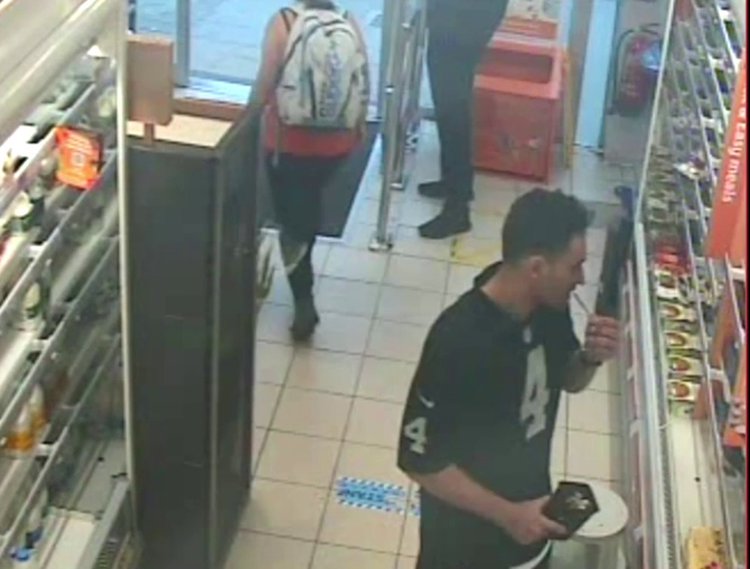 Elghareeb, from Fulham, targeted Waitrose, Sainsbury’s and then Tesco during the evening of August 25 last year.

He strides over to the ready meal section then starts poking food packets with a syringe.

Elghareeb then walks over to the next section, eyeing up the food products while holding what appears to be another syringe in his mouth before injecting a second food product.

He is also accused of assaulting Dr Meghana Kulkarni by throwing a needle at her and pushing security guard Bilal Ansari in the chest while shouting: ‘You are all vile people and Sainsbury’s is vile.’

The court was told Elghareeb thought he was living in a ‘Truman Show’ simulation where ‘everything was fake’ and wanted to alert ‘the real police’ to get rid of ‘an implant in his brain’ which he thought MI5 was using to monitor him.

He was said to regularly use crystal meth to self-medicate for his mental health problems.

Dr Bradley Hillier, a consultant forensic psychiatrist, said Elghareeb was ‘severely psychotic’ at the time and could not appreciate that his actions were ‘legally and morally wrong’.

He went on: ‘He was not thinking straight. He was in a situation where he was trying to escape this worth that the psychosis had created for him.

‘He was so burdened and tortured, is the word he used.’

Jurors will continue their deliberations on Thursday.