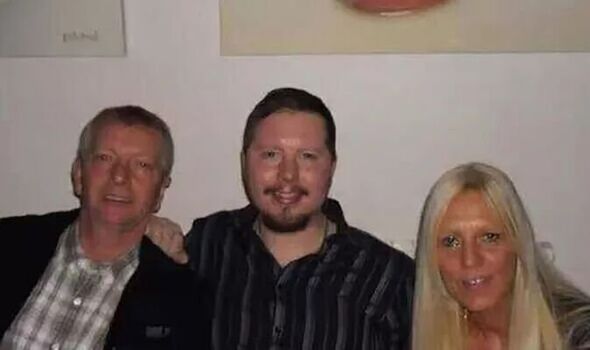 Tricia Livesey, 57, sent the message to her sister Catherine Riding as her son Lee Tipping, 37, became angry and shouted about a broken door in the house. Tipping picked up a knife from the landing and hacked at his parents in a merciless frenzy, inflicting 131 injuries on his father Anthony’s body, and at least 153 stab and slash wounds to his mum’s frail six-stone body.

Tricia and Anthony, 60, had just returned home from the pub for drinks with Catherine and her husband Martin, where worried Tricia had told her sibling she didn’t want to return home in fear of her only son’s behaviour.

Catherine offered Tricia a bed for the night but she declined, Lancs Live reports.

Tricia, who was a childminder, texted Catherine to say she was home safe and later sent another message describing Tipping’s behaviour and begging for help.

Tipping was jailed for life last week after a jury at Preston Crown Court found him guilty of two counts of murder.

Sentencing evil Tipping, The Honorary Mr Justice Goose said: “You took no medication in August and September and could see your mental health was declining. Your mother suspected you had stopped taking your meds.

“On November 19, your parents returned home at 11pm. An argument had taken place about a broken door and you picked up a knife.

“I am sure the knife was not picked up by your father but by you.

“The violence was savage and extreme.

“When your mother tried to intervene you turned on her. It is particularly disturbing that after both were dead you inflicted further violence.” 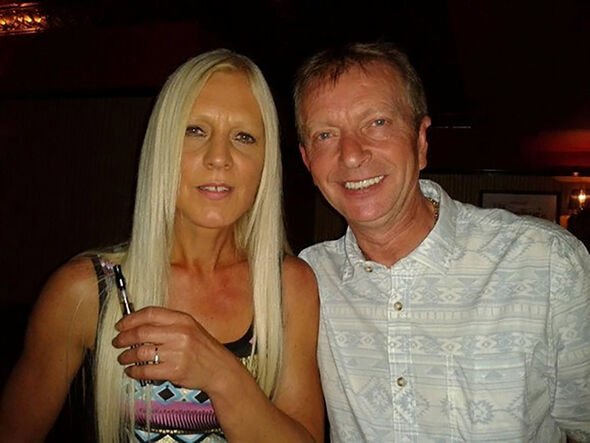 When Tricia didn’t turn up for her regular Saturday lunch with her mum Cecilia and her sisters on November 20, 2021 – the day after the stabbings – her family raised the alarm.

Police went to the house in Higher Walton, Lancashire, to find the lifeless bodies of Anthony and Tricia upstairs – but their son was nowhere to be seen.

After stabbing his parents to death, Tipping washed the knife and placed it into his father’s hand to make it look like he was the aggressor. He drove to Liverpool Airport in a bid to leave the country, but realising he did not have his Covid pass, he returned home and stepped over his mother’s body to collect his laptop, before setting off again to Manchester Airport.

When he saw armed police at the airport, he took a taxi to Manchester City Centre but was arrested as he tried to book into a Premier Inn. Lee told armed officers his father had attacked him so he took the knife from him and stabbed him to death.

It was the beginning of a web of lies told by the paranoid killer, as he tried to paint himself as the victim. Throughout the trial at Preston Crown Court, Lee Tipping constructed a picture of self-pity.

The court heard the jobless loner developed a mental health condition in his teens and spent time as an inpatient on a psychiatric unit on two occasions.

His health deteriorated when he stopped taking his medication in March 2020, the court heard. 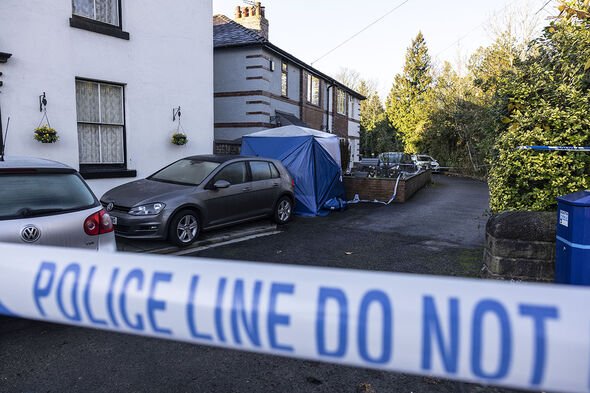 Anthony’s brother Stuart said: “Tip and Tricia were so proud of their son, Lee, they protected him throughout his life. Lee really was the centre of their world, he could do no wrong. When Lee was 22 he went to Burnley to live at an Assisted Living Accommodation, even then his parents didn’t get their lives back. They worried about him every day. They were so concerned for Lee that they moved him back to their home against the advice of professionals. They were just trying to be the best parents they could.

“We always had a fear that Lee would take over and control Tip and Tricia’s lives as they got older, but we never could have imagined he would go to the lengths he has done and take the lives of the two people who loved him unconditionally.”

Tipping claimed his father, who was a taxi driver, had bullied him all his life and made cruel taunts about his mental health.

Ironically, the defendant described Tip as “a psycho”. He also claimed Tricia neglected him and complained they took board money from him towards his keep.

Without a hint of remorse, Tipping told the jury he “hacked and hacked” at his parents with the knife. When the frenzy was over, he said he sat at the top of the stairs, thinking “why has this happened to me?”

When the jury foreman delivered guilty verdicts to two counts of murder, he turned to members of the family, sitting quietly in the public gallery, and shouted: “You have ruined my life!”

In a moving victim impact statement on behalf of the family, Stuart added: “One of the hardest parts of court has been listening to the lies that Lee has come out with about my brother and Tricia. Tip was not a bully, he loved his son and put him on a pedestal all his life, he would not have someone say a bad word about Lee.

“My brother was the core of our family, our go-to person. Ever y one went to him for advice, or help. He did everything for our families and would drop what he was doing to help, whether you were a family member, friend, ne i ghbour or even Lee.

“Likewise, the portrait that Lee has painted of his mother, Tricia, could not be further from the truth. Lee would have strangers believing that his mother neglected him; Tricia loved Lee, he was her baby, her world.

“Tricia had the patience of a saint, she put up with behaviour from Lee that no other mother would do; both Tip and Tricia had high hopes for their only son. We know that Tricia was always scared that Lee would commit suicide, this thought upset her to her core. Tricia was a fun, kind and generous person. She loved going out, she loved dancing and she loved her family.

“The grief of dealing with our loss is great, but to hear the brutality and evilness of Lee’s actions is unimaginable. In court, we have sat through hearing the harsh lies he has told about my brother and sister-in-law, and our family and friends. Lee has no remorse for his actions for what he has done.

“Through the story he has concocted for court, he has shown us that he holds a hatred and vengeful view of our family that fills us with fear not only for ourselves but the next generations. Lee hasn’t only taken away two beautiful people but has shown to threaten others.

“We worry for the future of our children and grandchildren, if he was to ever be free as we know he wouldn’t stop to seek them out, threaten them or even harm them.

“After the tragic and utterly devastating killing of my brother and sister-in-law by their son, Lee Tipping, myself and our families have really struggled to come to terms with this heartbreaking news. It’s hard to believe that your own flesh and blood could do such an insidious act, it’s difficult to put into words how we feel about Lee.

“Lee is our nephew, We hate him for what he has done and we cannot get past the fact he has killed them and we will never forgive him for taking them from us.

“Every single day I walk past Tip and Tricia’s home when walking my dogs. It serves as a lasting reminder that I have lost two loved ones. My sister Trish still visits frequently to keep the garden tidy. Even though they have gone, we want to keep their home up to their standards as Tip and Tricia poured so much love into it.”