This is the chilling moment the ‘sleepover monster’ murdered told police he had killed his pregnant partner and three children.

The four victims were found dead at their home in Chandos Crescent, Killamarsh, near Sheffield, on September 19, 2021.

At Derby Crown Court today, Justice Nigel Sweeney had no hesitation in handing him the rare punishment, which means he will never be released.

And as he was sentenced police released footage of the moment of his arrest, showing him looking unconcerned about the nightmare he had inflicted.

The court also heard how the evil killer called the police to tell them he had murdered four people – before meeting them outside the home to ask for a cigarette.

Footage of the hours after he killed his girlfriend, who was pregnant with his child, and three children was today played in court. Parts of it has now been released by police.

It showed Bendall wandering through the darkness after the ‘brutal and cruel attacks’.

In the hours that followed the killings, Bendall took young John’s Xbox from his room, called a taxi and went to exchange the console for cocaine. 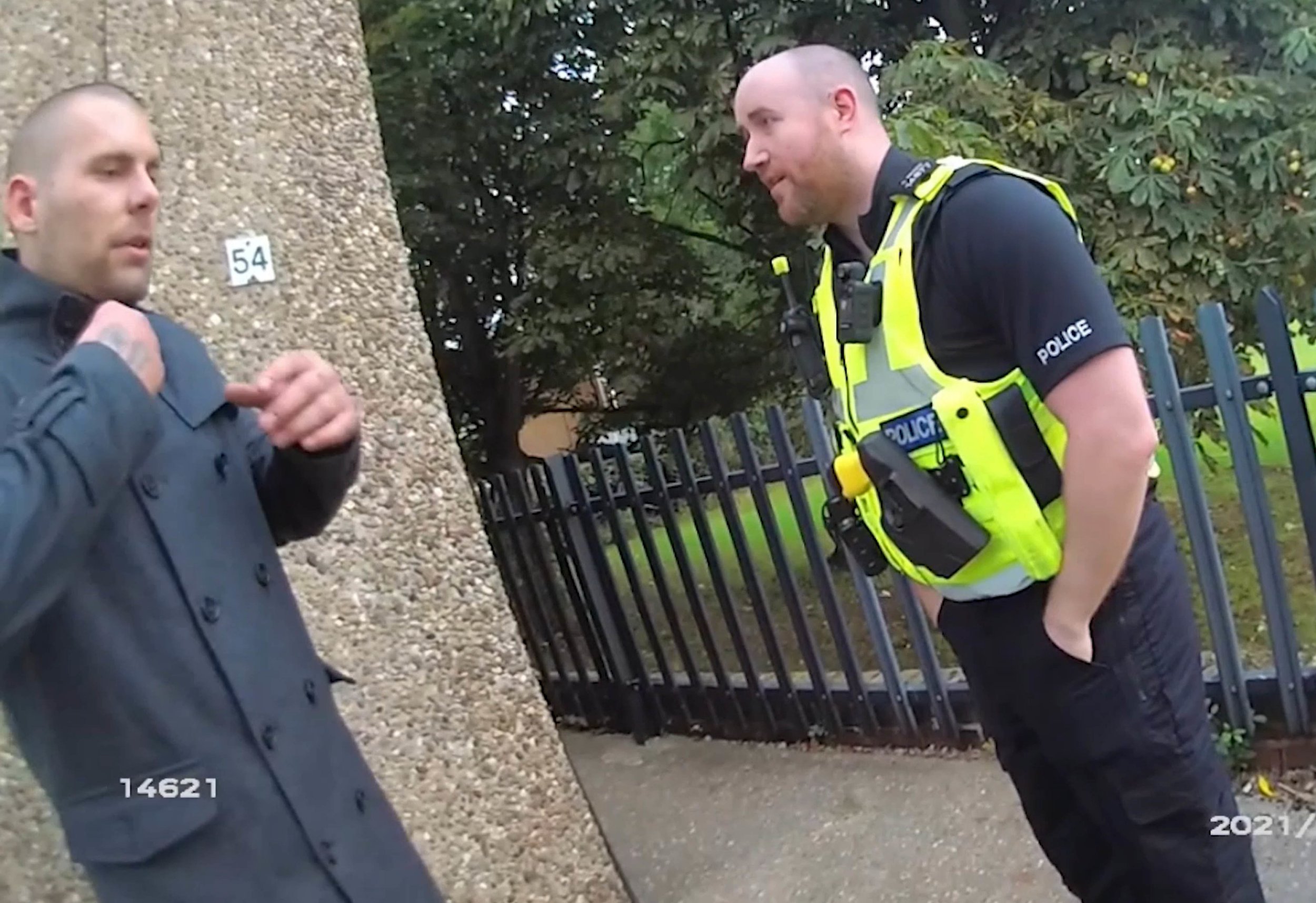 CCTV captured him wandering through the streets, and getting in and out of the cab, in the early hours of the following morning.

The court heard how in the taxi he told the driver his night was ‘not too bad, bit mad’.

Bendall then told the cabbie he had been ‘just chilling with family, really’.

At about 7am the next day he spoke to his mother on the phone, before walking to the local shop to buy tobacco.

CCTV inside the shop shows Bendall going through coins in his hands, which appear be specked with blood.

He then gives the shop assistant a warm smile, before making his way back home.

Louis Mably KC, prosecuting, told the court: ‘At 7.26am, his mother called the police seeking for assistance for her son and she told him he had got a self-inflicted stab wound, which was what he told her.

The call was played in court, and Bendall can be heard saying: ‘I just need to report a crime.

‘Basically I need the police and ambulance now because I just killed four people.’

When two officers arrived they found Bendall outside the home, indicating he had stabbed himself in the chest.

One of the officers asks him: ‘Have you got anything on you that you shouldn’t have?’

To which Bendall says: ‘No, no, no weapons or nothing.’

The officers then ask if he’s harmed himself, to which he explains that he’s stabbed himself in the chest and the stomach.

The officers ask if he knows what the next steps are, Bendall says: ‘I know what’s going to happen – I’m going to go to prison obviously.’

When he’s asked if he’s harmed anyone else, he calmly replies: ‘Yeah, I’ve murdered four people.’

The court heard how Bendall said he ‘didn’t know’ why he did it and he ‘blacked out’.

The monster told an officer he had been inside with his family, to which they asked: ‘Are your family ok?’

He was cuffed and told to sit on the ground outside the property whilst one officer went inside.

In the footage an officer can be heard saying: ‘He’s being calm and compliant but he’s got some stab wounds to his chest.

‘He’s saying that his family are inside and that he believes he murdered them.’

He then asks the other officer: ‘Are you alright for me to go in?’

In the footage played in court the cop can be heard saying: ‘Oh Jesus.

Bendall was taken to hospital to be treated for ‘self-inflicted minor injuries’ before being moved to custody.

Speaking at the police station, he said: ‘The whole house is covered in claret.

‘I didn’t realise what I did until I walked into my room and saw my missus and my daughter.

‘Bet you don’t get four murders in Killamarsh – well five as my missus is having my baby.’