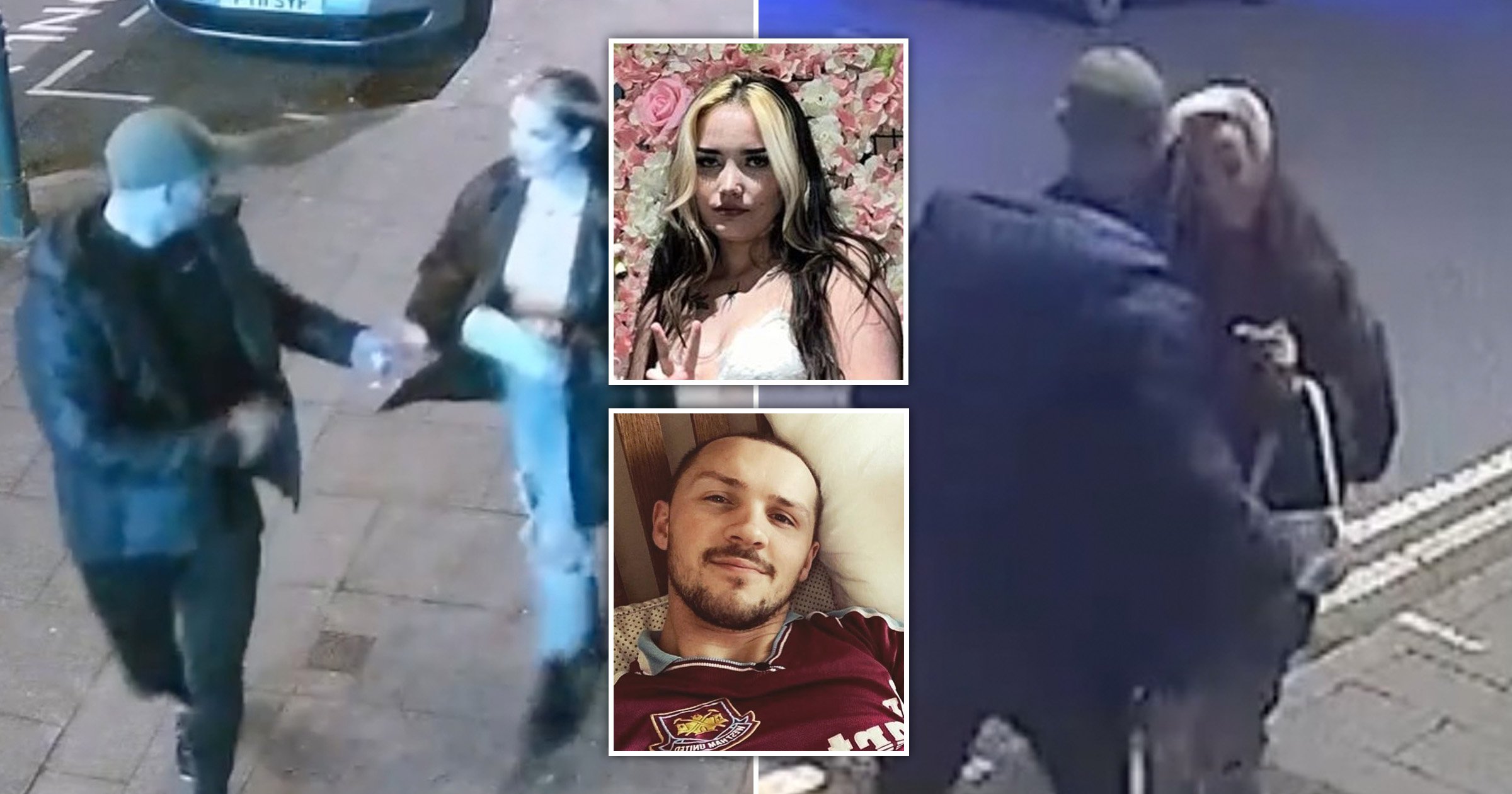 Footage has been released of the moment a teenage student calmly walked down the highstreet with her 31-year-old killer-to-be after they met in a nightclub.

Lily Sullivan, 18, was strangled by Lewis Haines and left partially naked face down in the water at a local beauty spot in Pembroke, Wales, last December.

A court heard Lewis became ‘frustrated’ when she rejected his sexual advances and forced himself on her when she attempted to leave.

He then killed her because he ‘couldn’t risk her surviving’ to accuse him of attacking her or telling his long-term girlfriend, a judge told Swansea Crown Court ahead of Haines’ sentencing for murder on Friday.

The father-of-one admitted murdering Lily but denied the attack was sexually motivated.

But a fact-finding hearing at the court heard how the victim’s crop top was found on the bank of the water.

After leaving the Out nightclub in the early hours, Haines, a father-of-one, led Lily down an alleyway near Mill Pond.

The court heard how a friend of Sullivan shouted at Haines: ‘What are you doing? You’ve got a girlfriend …and she’s only 18.’

The pair kissed and cuddled but Lily then ‘decided she was going home’.

Judge Thomas said: ‘Fuelled as he was by drink, I am sure Mr Haines was frustrated by this. He became forceful; she resisted.

‘I am sure that Lily did not remove her own top voluntarily. I am sure that Mr Haines took it off her before he put her in the pond.

‘My firm view is that when he got forceful Lily did say that she would complain that he had tried to force himself upon her.’

Shortly before 3am, Lily spoke to her mum on the phone, telling her: ‘I’ll be there now mam. I’m on my way. I’m a couple of minutes away. I’m nearly there.’

But the line went dead as Haines launched his attack, and separate CCTV footage showed Lily’s phone lighting up repeatedly as her mum tried to call her back 30 times.

Haines went home, in the village of Lamphey, and told his partner: ‘I have strangled somebody. They are in the millpond.’

He is expected to be sentenced to life in prison at a hearing later on Friday.