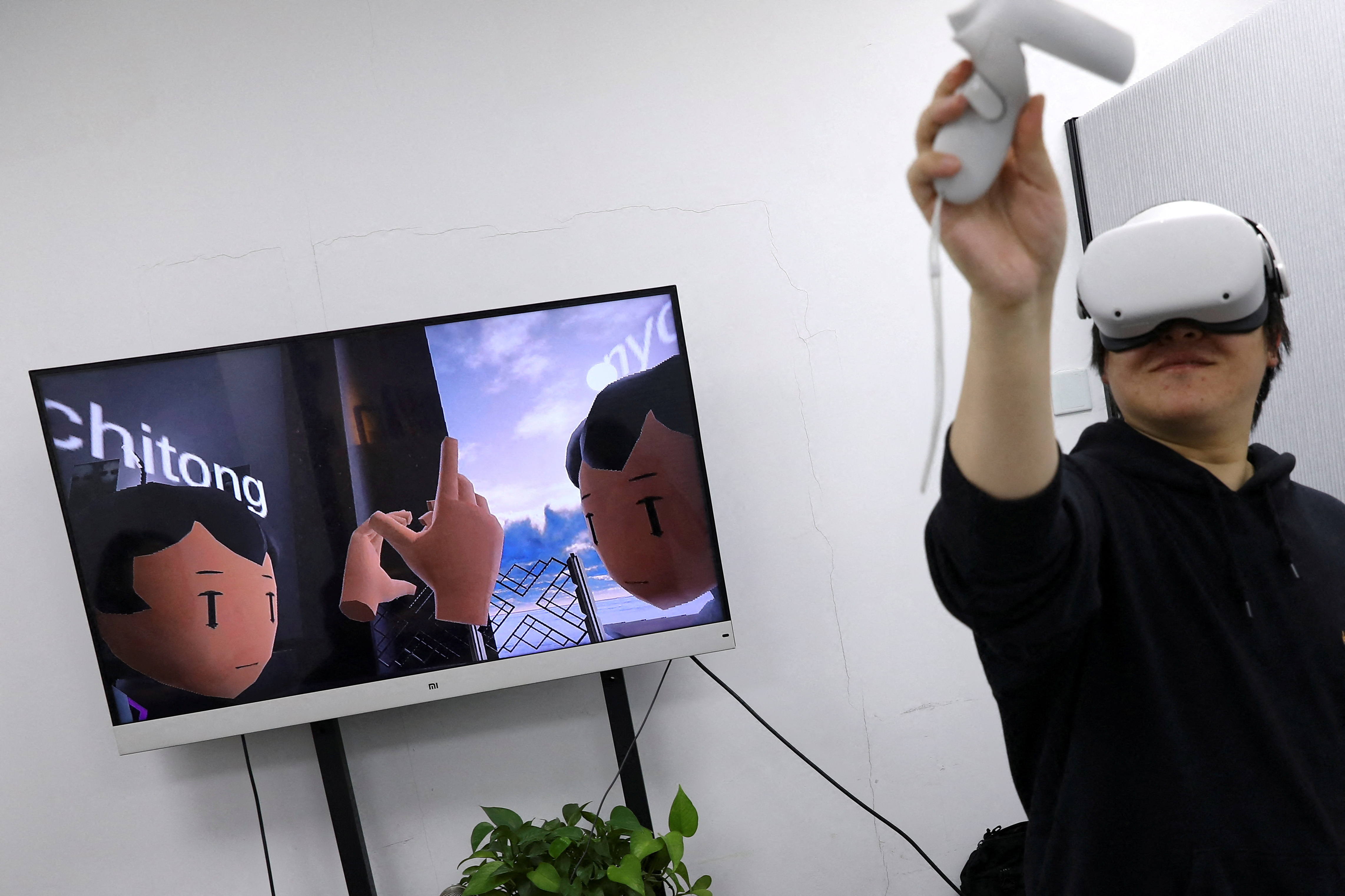 China has released its first action plan dedicated to virtual reality with an aim to ship more than 25 million devices by 2026.

On Tuesday, the 350 billion yuan (£41.84 billion) plan was published by five ministries in Beijing, led by the Ministry of Industry and Information Technology.

Virtual reality has been classified as a key industry for the digital economy under the country’s 14th five-year plan.

The paper includes augmented reality and mixed reality in its definition of virtual reality.

It did not specify whether the 25 million devices target referred to annual or accumulative shipments between now and 2026.

In the first half of this year, China shipped just over half a million virtual reality and augmented reality devices, research firm IDC said.

The plan also includes a target to increase the total value of the industry to more than 350 billion yuan, which the ministries say includes hardware and software sales.

It added that China will need to nurture 100 core companies and form 10 public service platforms for the industry by 2026.

The China Academy of Information and Communications, a state-backed think tank, published a report on Tuesday saying that China’s motivation for the action plan should be seen in the context of the US and South Korea governments having identified virtual reality as an important industry.