Boris Johnson attacked the new law passed by Chinese officials that may threaten the freedoms granted Hong Kong citizens. During Prime Minister’s Questions, Mr Johnson lashed out at China’s Government and insisted the citizens had been violated.  Mr Johnson was asked by Tory MP James Sunderland what message the UK Government had for the people of Hong Kong

Mr Johnson replied: “We stand for rules and obligations and we think that is the soundest basis for our international relations and the enactment and imposition of this national security law constitutes a clear and serious breach of the Sino-British joint declaration.

“It violates Hong Kong’s high degree of autonomy and is in direct conflict with Hong Kong basic law.

“The law also threatens the freedoms and rights protected by the Joint Declaration.

“We made clear that if China continued down this path we would introduce a new route for those with British national overseas status to enter the UK granting them limited leave to remain with the ability to live and work in the UK and thereafter to apply for citizenship and that is precisely what we will do now.” 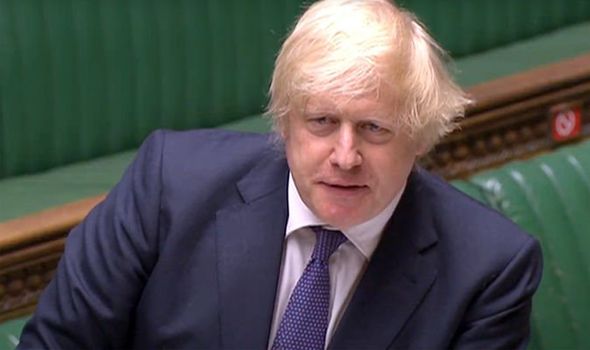 It has since come into force and proved controversial due to the implications of the law.

The legislation has made it a criminal act to challenge Beijing’s authority and arrests have already been, citing this new law.

After flying a Hong Kong independence flag a man and woman have both been arrested.

In addition to the questions surrounding the freedom of citizens, critics have claimed this new law may threaten the economic power and international standing of Hong Kong.

Former Governor of Hong Kong, Lord Chris Patten questioned whether Chinese President Xi Jinping cares at all about the ramifications of the new law.